Released May 2019, Pete Seeger: The Smithsonian Folkways Collection is a career-spanning anthology of one of America’s most quintessential, celebrated, and influential musicians. Featuring classic recordings, 20 previously unreleased tracks, historic live performances, and special collaborations, this set encompasses over 60 years of Pete’s Folkways catalog, released on the occasion of his 100th birthday.

Smithsonian Music spoke with Jeff Place about the album he recently produced and Pete Seeger.

We’re talking about the release of the Pete Seeger Collection, and kind of generally about Pete Seeger, since his 100th birthday was this May. Do you want to tell me a little bit about Pete Seeger’s relationship with Smithsonian Folkways Recordings?

Well, Pete Seeger really goes back to Folkways Records, which is the predecessor of Smithsonian Folkways. It was started in 1948. Moses Asch, who founded Folkways, actually had two labels before that. The first one was Asch Records, in the very early ‘40s, and Pete first recorded for Asch records in 1942, when he was on leave from the military. And they had a relationship pretty much for the 44 years between then and when Moe Asch died in 1986. Smithsonian took over Folkways in 1987 and started the Smithsonian Folkways label in ’88.

It’s actually interesting, what happened was, at the end of 1987 the Smithsonian hired two people to take over running what was going to be Smithsonian Folkways, and that was myself and Tony Seeger, Pete’s nephew. The Seegers used to spend a lot of time passing through here. The original plan was actually that they would get all their masters back after the original Folkways went out of business, but they decided, with their nephew in place here that they’d stick with us. We’ve actually been putting out Pete Seeger things ever since, for the last 31 years.

Do you want to talk a little bit about what makes this collection unique?

Well, what happened with Pete Seeger, historically, is that he was a victim of the blacklist during the McCarthy years in the ‘50s. He had been in a band called The Weavers that had a number one hit, and they were pretty popular, but they were basically blacklisted, so they had to break up. Pete basically went underground: community concerts and schools, colleges and things. Moses Asch, who ended up being the person who helped support Pete over the years, he would throw ideas at Pete about record concepts, and Pete would come up with concepts, and Pete recorded dozens and dozens and dozens of albums in the ’50s and ‘60s for Folkways. During the course of his career, Pete recorded 70 albums at Folkways. Which is by far the largest of any artist.

When Pete got off the blacklist, and into the ‘60s when the folk boom was happening, he actually signed with Columbia Records, which is like being on the major league team instead of the minor league. He sold a lot more records that way, but he had less control over his music. So he had that period, but any time he wanted to do a record that was odd conceptually or political or something, he had permission to go back to Folkways, and Folkways would put it out. So Folkways actually did do a few things during that era of Pete Seeger’s career.

The Seeger family, and the Guthries, and the Lead Belly family are part of the core of Folkways. They’re really tight, all those people.

I kind of look at it as a trilogy. So this is the final collection in the trilogy.

Before you started those collections, had you conceived this as a three-part project, or did this happen organically?

Bob Santelli, who used to be the CEO of the GRAMMY Museum, who I’ve worked on a lot of projects with over the years, brought this idea to do something for Woody Guthrie’s 100th birthday in 2012, and he put together a show at the Kennedy Center and a bunch of other things associated with the project, and Smithsonian Folkways did the book. And that was the idea.

And then, all of the sudden, it was successful, so Bob said, “Why don’t we do Lead Belly?” You know? So we did Lead Belly, and at that point I said, “This is The Three. We’ve got to do Seeger, too.”

What’s the most interesting thing you found while you were working on the collection?

There are the seventy albums on Folkways, and then we have something like three or four hundred extra tapes: things that Pete recorded but were not used. Outtakes, and things like that in the archives. And I’ve spent thirty-one years digitizing and going through all these recordings, so I’ve listened to every single one of these things. I was going through and listening for things that never came out, and I found this one song called “The Ballad of Doctor Dearjohn,” which was – it was interesting – it was recorded in the early sixties, and it didn’t end up getting on any album, but what it was about was the Saskatchewan province healthcare plan in Canada. And it was written as a person who needed medical care responding to protests: “This is socialism!” and all this sort of stuff, and the talking points in the song are so close to what we’ve been hearing certain people talking about Obamacare that it was like an echo. It was from the past, and I said, “This is totally relevant, and this song’s just been sitting on this tape in this box for all these decades.” So that was one of the cool ones. I found a couple things like that.

You were also instrumental in the development of the boxed set, The Social Power of Music, which was released earlier this year. Did you find yourself experiencing a lot of overlap between the two projects?

But the other thing is that the Pete Seeger project is meant to be a retrospective of his entire career, starting with the ’42 recordings, up until stuff really late in life. I don’t think there’s any other collection of Pete Seeger that’s that wide a range. The interesting thing is we have so much stuff on Pete Seeger that even with all the songs – important songs – that he recorded for Columbia, we have copies of most of them on alternate tapes here from concerts and things, so I really didn’t have to go outside of the Smithsonian collection. I had way more than I could possibly ever use.

This year, 2019, is the Smithsonian Year of Music, an Institution-wide initiative to increase public engagement, advance understanding, and connect communities in Washington, D.C., across the nation, and around the globe. How does Seeger’s message as an artist fit into this initiative?

The thing about Pete Seeger is, for Pete Seeger a perfect Pete Seeger concert would be Pete just basically lining out the lyrics and the audience sings the entire concert, because he was totally about people singing together. That was a major thing that he cared about – he was trying to get people to keep singing together: community sings. Even in his final year he was still going around to a local school, teaching kids songs to sing together. That was just so important. As part of the Year of Music, for his 100th birthday we’ve been encouraging people all over the country to have these get-togethers to sing. There’s actually a website called “Spirit of Seeger” that we put up that lists all of the local concerts. There was one in DC on his birthday, too, an open mic night where people got up and sang.

For someone who enjoyed the collection and would like to explore related material, are there any online resources or Smithsonian exhibits you would particularly recommend?

For now, the Spirt of Seeger website has lists of concerts, but also we’ve gone in and found some additional unreleased things, like concert recordings and some video and things like that from the archive.

What do you hope audiences will take away from the collection?

To know who Pete Seeger was. Pete Seeger was so influential to a lot of musicians that followed him, but people maybe don’t know that much about Pete Seeger himself. He’s pretty much a towering figure, musically, from the 20th century. For people to learn about him. There’s an analogy that flows through the book and the one he used himself: he talked about Johnny Appleseed, the legendary folk character who went around throwing off seeds and planting forests behind him wherever he went. For Pete, the seeds were ideas and songs that he wrote. And he would go places and leave them behind, and other people would continue to sing. Or he’d be involved in a social movement and he’d teach everyone these songs. For instance, cleaning up the Hudson River: there’s still a huge group of people, even now, who are carrying on that work. That’s him throwing seeds, and they grow.

This interview was conducted and edited for clarity by Kate Duffus Stein, on behalf of Smithsonian Music. 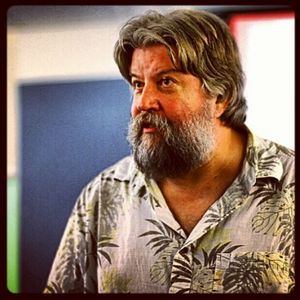 Jeff Place has been at the Center’s Ralph Rinzler Folklife Archives and Collections since 1988. He holds an MLS from the University of Maryland and specializes in sound archives. He oversees the cataloging of the Center's collections and has been involved in the compilation of over sixty CDs of American music for Smithsonian Folkways Recordings including the Lead Belly Legacy Series, Lead Belly Sings for Children; the Pete Seeger American Favorite Ballads series; and The Asch Recordings (Woody Guthrie). Place has been nominated for six GRAMMY Awards and twelve Indie Awards, winning two GRAMMYs and six Indies. He was one of the producers and writers of the acclaimed 1997 edition of the Anthology of American Folk Music and The Best of Broadside, 1962-1988 (2000). He has served on the curatorial team for a number of exhibitions including the traveling Woody Guthrie exhibition This Land is Your Land. In 2003, he co-curated the Smithsonian Folklife Festival program on Appalachian culture. In 2012, he is produced and co-authored (with Robert Santelli) the publication and CD-box set Woody at 100 and the Lead Belly: The Smithsonian Collection in 2014, followed by the Pete Seeger: The Smithsonian Collection and Jazz Fest in 2019. 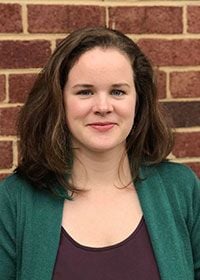 Kate Duffus Stein is the Project Coordinator and Content Manager for the Smithsonian Music initiative, which she has been involved in since 2014. She moves the initiative forward while coordinating bi-monthly events and fresh content for the website. She holds an MA in Art History from George Mason University.