On April 6, in honor of this year’s National Cherry Blossom Festival, the Freer Gallery of Art will host the third after-hours event in our new Freer Film Fridays series. The evening will include food, drink, and a performance by up-and-coming jazz drummer Tomohiro Mori’s trio—all leading up to a classic Japanese movie about dueling jazz drummers, The Stormy Man.

The occasion this time around is the launch of the first-ever US retrospective of films by Umetsugu Inoue (1923–2010). His unique career took him from Tokyo to Hong Kong and resulted in more than one hundred movies. As was traditional in the Japanese film industry at the time, Inoue worked on contract for studios that assigned him films in a variety of genres. But he established that musicals were his wheelhouse when his 1954 feature Sweet Sixteen’s Jazz Festival struck box-office gold. Three years later, the phenomenal success of The Stormy Man—which remains perhaps Inoue’s most famous film—saved the Nikkatsu studio from financial ruin. Ten years after that, the legendary Shaw Brothers studio lured him to Hong Kong on the strength of his talent for musicals. There he often remade his Japanese films, among them King Drummer, a new take on The Stormy Man.

Among those who claim to hate musicals, a common complaint is that characters burst into song “for no reason.” I would urge those poor, benighted souls to try Inoue’s take on the genre. Unlike Hollywood productions in which song-and-dance numbers are fantasy sequences disconnected from the plot, there is always a reason why people sing and dance in Inoue’s films. Whether it’s the dueling drummers in The Stormy Man and King Drummer, the hardworking showbiz family in Hong Kong Nocturne, the ballerina in love with a boxer in The Winner, or the sailor with a tune stuck in his head in The Eagle and the Hawk, Inoue’s characters have storyline-related motivations to perform.

The retrospective runs April 6–22 at the Freer|Sackler before moving on to Boston, Vancouver, Chicago, Houston, and Philadelphia. To accompany the films, we have produced an informative booklet, which includes an extensive interview that film critic Mark Schilling conducted with Inoue in 2006. Though it provides but a small sampling of Inoue’s prolific output, I hope this series will convince you that he deserves the title of Japan’s Music Man. 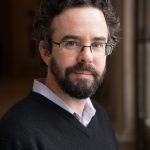 An expert in Asian film, Tom Vick is the curator of film at the Freer and Sackler. He holds a BA in literature from Purchase College in New York and an MFA in film/video from California Institute of the Arts. Formerly Tom was the coordinator of film programs at the Los Angeles County Museum of Art. He is a consultant for the International Film Festival Rotterdam and has served on the juries of the Korean Film Festival in Los Angeles, the Fantasia Film Festival in Montreal, and Filmfest DC. He has contributed essays to World Cinema Directory: Japan, Film Festival Yearbook, Asian Geographic, and other publications. His book, Asian Cinema: A Field Guide (2008) provides an insightful overview of the dynamic world of Asian cinema. He is currently working on a book about Japanese filmmaker Seijun Suzuki.