The Smithsonian Libraries and Archives is pleased to announce a significant acquisition of fine press books published by the Arion Press in San Francisco. Thanks to a gift from Dr. Ronnyjane Goldsmith, over a hundred titles will soon be added to the American Art and Portrait Gallery Library.

Arion Press was founded in 1974, but tends much older roots of the former type foundries and presses it has grown from, such as the Grabhorn Press and Mackenzie & Harris. Since its inception, Arion has become one of the most sought-after and noteworthy presses in the United States.

Arion’s publications are handcrafted with fine paper, with hand-cast and handset type, each book individually bound and sewn. With this attention to detail and fine materials, each book is published in editions of only a few hundred copies, many with even smaller deluxe runs.

Arion’s collaborations develop in myriad ways, with the publisher seeking artists and recommending texts, or authors writing new works to engage with a particular artist, or the artists themselves bringing ideas of inspiring texts to illustrate. Many of the artists who have worked with Arion have expressed their joy in the partnership. American artist Jim Dine noted “My association with…Arion Press is so great I want it to go on as long as I live.” Dine has had his work incorporated in at least nine Arion publications, five of which are now in the collection of the Smithsonian Libraries and Archives.

The collection was donated in 2021 by author and entrepreneur Dr. Ronnyjane Goldsmith. Goldsmith began collecting Arion Press publications more than 20 years prior, when she first encountered the Constitution of the United States of America, Arion’s 1987 collaboration with the Library of Congress in celebration of the U.S. Bicentennial. She ultimately bought three copies of Arion’s Constitution, and became a subscriber to the Press, receiving every book they produced during the period. Over time, she sought out previously published works from dealers to complete her collection, with just two dozen left to collect at the time of donation. Dr. Goldsmith has also sponsored a subscription for the Smithsonian Libraries and Archives to continue to receive Arion Press’ new publications in their series.  As a collector, Dr. Goldsmith has kept the books in immaculate condition, each with original wrappings, letters, and prospectuses.

Dr. Goldsmith’s gift to the Smithsonian Libraries and Archives includes 103 unique titles from Arion’s official titles in their catalogue, in addition to examples of a title in multiple edition types, such as variant or deluxe, or with associated suites of prints.

The gift of such a significant number of Arion publications adds depth and dimension to the Smithsonian’s already robust collection of American fine print and art history. With the gift, the Smithsonian Libraries and Archives has one of the most complete public collections of Arion’s work in the Washington D.C. area. 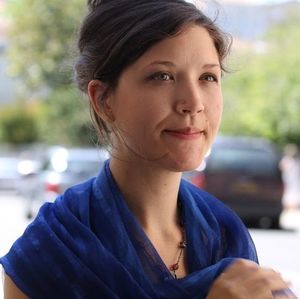