Artist, federal prisoner of war, Indian boarding school student, U.S. Army Indian Scout—Tichkematse was all of these things before even turning 30 years old. Perhaps most importantly, though, he was also one of the first Native American employees at the Smithsonian Institution, where he worked from 1879 to 1881.

Born in 1857 in Indian Territory (present-day Oklahoma), Tichkematse, also known in the historical record as Squint Eyes or John Squint Eye, was a member of the Southern Tsitsistas/Suhtai (Cheyenne) community. At the age of 18 he was captured by the U.S. Army, along with seventy-one other Native men and women suspected of committing crimes against the United States.

Forcefully transported to Fort Marion, a U.S. Army-run prison in St. Augustine, Florida, these prisoners languished there without trial for more than two years under the command of Richard Henry Pratt. Such an experience was not unheard of, either, for Native Americans whom the U.S. government deemed enemies of the state. In fact, Fort Marion served as a prison for other Native Americans both before and after Tichkematse’s time there.

Founder and superintendent of the infamous Carlisle Indian School, Pratt is most well-known today for promoting Native American assimilation into broader American society through his racist slogan: “Kill the Indian in him and save the man.”

After nearly three years of imprisonment at Fort Marion, Pratt arranged for Tichkematse and 16 other captives to attend the Hampton Institute in Virginia, a school originally founded for the education of African American youth after the Civil War. At Hampton, Tichkematse received instruction in English and training in vocational skills and trades, accompanied by the mandate that he embrace Euro-American society and Christianity and abandon his Native culture, history, religion, and language.

In early 1879 Smithsonian Institution Secretary Spencer Baird wrote to Pratt, requesting that he send one of his student-prisoners to Washington, D.C., to learn taxidermy of animal specimens for display in the Smithsonian’s holdings. Tichkematse was selected, and within months of beginning his taxidermy work, he met George Tsaroff. Tsaroff was also an early Indigenous Smithsonian employee, an Unangan (Aleut) man from Alaska’s Aleutian Islands, and together he and Tichkematse took on the role of guiding visitors through the Institution’s anthropological collections.

At the Smithsonian Tichkematse and Tsaroff worked with Native object collections in the museum’s galleries, interpreted them to the public, and no doubt corrected some of the descriptions that Smithsonian staff had inaccurately supplied for these materials. According to contemporary newspaper accounts, the public regarded Tichkematse as a “great favorite,” particularly praising his knowledge of American Indian cultures and his ability to explain the functions of many of the Native American objects in the collection.

In addition to being a favorite among museum visitors, Tichkematse was also in high demand among his fellow Smithsonian staff. In April of 1879 he worked with Bureau of American Ethnology staff to write a Tsitsistas/Suhtai (Cheyenne) vocabulary. Two months later he accompanied his former captor Richard Henry Pratt on an expedition to the Seminole peoples of Florida, where he gathered ethnographic and natural history items for the Smithsonian’s collections. That same year, Tichkematse and Smithsonian anthropologist Frank Hamilton Cushing also studied American Indian sign language together, compiling detailed information on the ubiquitous hand gestures common on the Great Plains.

Tichkematse and Cushing hit it off to such a degree that in 1881 they undertook anthropological collecting work among the A:shiwi (Zuni), Hopi, and Coconino (Havasupai) Native communities in the Grand Canyon region of the U.S. Southwest. After more than six months of living side-by-side with Cushing and his A:shiwi (Zuni) neighbors, in early 1882 Tichkematse bid farewell to the Southwest and to his work with the Smithsonian, and returned to the embrace of his Southern Tsitsistas/Suhtai (Cheyenne) friends and family in the Indian Territory.

In addition to his ethnographic and natural history collecting work for the Smithsonian, Tichkematse also represented American Indian cultures in another way—through his art. Beginning during his confinement in the U.S. Army prison in St. Augustine and continuing for many years afterward, Tichkematse documented his culture and those of the people around him through his drawings.

While at the Smithsonian between 1879 and 1881, alone, he produced nearly two dozen pieces of art depicting everyday life, dances, buffalo hunts, and battles between Southern Plains Indian groups he had observed in his youth. Later, after ending his employment with the Smithsonian and returning to his home in the Indian Territory, he continued this artform. Taken altogether, these drawings are just one more example of Tichkematse’s life-long effort to document and preserve his Southern Tsitsistas/Suhtai (Cheyenne) culture for future generations.

Within a few years of returning to the Indian Territory in 1882, Tichkematse worked as an Indian Scout for the U.S. Army and later married a Northern Tsitsistas/Suhtai (Cheyenne) woman named Nellie Wolf in 1890. The two spent nearly thirty-five years together as husband and wife before her death in 1924. Tichkemtase followed her less than a decade later in November of 1932. He died on the former Tongue River Reservation in Rosebud, Montana, at approximately seventy-six years of age.

Though not the first Native American museum professional in the U.S., Tichkematse was one of the earliest to conduct anthropological fieldwork and collect objects from Native communities other than his own, as well as provide interpretation within a museum’s anthropological collections.

Tichkematse lived and worked within the realm of late nineteenth-century salvage anthropology, a practice that encouraged anthropologists to capture all the information they could about the Indigenous peoples of North America before they supposedly disappeared or assimilated into mainstream Euro-American society. More than any other factor, salvage anthropology separated and alienated Native peoples from their tangible and intangible cultural heritage materials, with these objects ultimately ending up in museums, far from their creators and users. Although largely well-intentioned and with an eye on preserving the beauty and uniqueness of Native cultures, this collecting work on such a massive scale directly led to Indigenous culture and identity loss that remains to this day.

As the salvage anthropology movement swept the nation, though, it created a niche which Native men and women like Tichkematse, fluent in English and with a passion to preserve their cultures, could fill. Along with these new anthropological positions also came newfound levels of power, status, and celebrity formerly out of reach for many Native peoples.

Although Tichkematse’s work in the profession was brief, in many ways he made it easier for other Native peoples to also enter the museum field. Once there, he and those who followed in his footsteps began the massive undertaking of dismantling, updating, and correcting the anthropological record which portrayed American Indians as either bloodthirsty savages or romantic children of the forest soon to disappear. Many Native peoples today continue the much-needed decolonizing and Indigenizing work in American museums that Tichkematse began nearly 150 years ago. 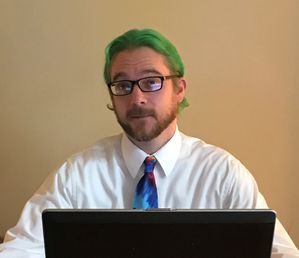 Nathan Sowry is the Reference Archivist for the Archives Center at the Smithsonian Institution's National Museum of the American Indian. He works primarily with Native and non-Native researchers, scholars, and community groups interested in utilizing the NMAI’s archival collections. Nathan received his BA in Anthropology and Religious Studies from the University of Pittsburgh; MA in History from Washington State University; MLIS in Archives and Records Administration from the University of Wisconsin-Madison; and PhD in History from American University.

The Long Life of a Dead Rhinoceros

Exploring the Origins of the Smithsonian Asian Pacific American Center