Smithsonian Libraries and Archives wants to help you gain a better understanding of information literacy and further your skills in this crucial area. In an age where there are myriad sources of information, unending news coverage, and a vast, often unregulated digital world, how can you tell which sources to trust for reliable information? We’ve just launched a series of interactive, online collections on Smithsonian Learning Lab that are dedicated to helping users think critically about how they identify, find, evaluate, and use information effectively.

As we’ve arrived at the Smithsonian’s 175th anniversary, we felt this was the perfect time to kick off this series of collections. While we reflect on nearly two centuries as a trusted source, we invite you to examine how and why the Smithsonian has this reputable status and use it as a case study to help you consider what makes a source trustworthy.

George Brown Goode, director of the United States National Museum (later known as the Arts and Industries Building) from 1881 to 1896 and a leader in museum theory and practice, believed that “inherent in its mandate was the notion that the Smithsonian had a broad responsibility for the use of knowledge for the public good.” He worked with Secretary Spencer Baird to transform the Smithsonian from a random collection to a trusted institution for exemplary objects, records, research, and education. Together, they, along with many other researchers and staff, established the legitimacy of the Smithsonian as a long-lasting, reliable resource.

Gaining the public’s trust would come through transparency, like making things such as datasets and annual reports accessible to anyone. But beyond that, the intention was to support Smithsonian’s mission to increase and diffuse knowledge. From the outset, one of the Smithsonian’s primary purposes was to build access to knowledge through the mutual exchange of scholarly publications. In 1849, the Smithsonian and its fledgling library created the International Exchange Service to share resources between peer scientific and literary societies. By publishing lists of correspondents, the participating learned societies, and the periodicals received, the Smithsonian also gave other libraries around the world valuable information to assist their collection building. In 1867, the Smithsonian began to facilitate the distribution of United States government publications to foreign countries. In the 1880s, several international agreements were made to exchange official publications, and the Smithsonian received its first federal appropriation for these international exchanges.

Throughout the years, the Smithsonian has continued increasing knowledge, especially by acquiring powerful historical, cultural, artistic, and scientific collections. But while it was there, ever amassing, how was it shared? How did the Smithsonian prioritize diffusing the knowledge that had been so thoughtfully collected, explored, and investigated?

The answer: in many ways. But probably the strongest way the Institution shared knowledge and built trust with the public was by making it free for all to access. Since the day the doors opened through today, nearly all that the Smithsonian has to offer can be explored free of charge. This may not always be in the confines of the museums, proper. For example, in the late 1800s William Temple Hornaday, the taxidermist for the United States National Museum and the first director of the National Zoological Park, kept animals behind the Smithsonian Institution Building (Smithsonian Castle) as models for taxidermy. Below you can see a school group visiting the new Zoo in 1899. Hornaday’s exhibit and display on the vanishing American bison were both popular with the public and started a national discussion on conservation.

Through extraordinary objects and specimens that document our history, diversity, values, and help address scientific issues; unparalleled professionals who provide fact-based research; open access to a vast array of resources; cutting-edge technology-based outreach, in-person programming, and crowdsourcing; and taking leading roles in complex conversations, the Smithsonian has served the public as a trusted source for 175 years and will continue to grow and build with this relationship at the forefront. 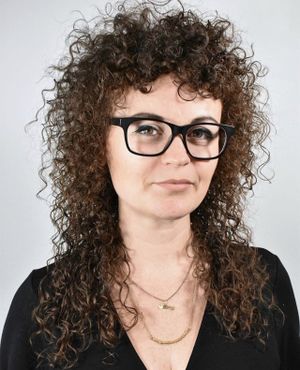 Sara Cardello serves as the Head of Education at Smithsonian Libraries and Archives. Her work involves turning delicate and academic collections into online and in-person sensory rich experiences for a PreK-12 audience. Sara’s been with the Smithsonian since 2012 and holds an M.A. in Art History and Museum Education.