When I started graduate school four years ago, I set out to study how Latinos were able to build community, form identity, and even use the sport to resist and organize in the face of oppression and discrimination. I found inspiration in these research questions from my own experiences. My interest in baseball, and sports in general, came from my father and grandfather as I grew up in Phoenix, Arizona. Dad coached me my whole life, and my earliest memory was watching him coach baseball at St. Mary’s High School. I also grew up watching my grandfather referee for the National Basketball Association (NBA), which he did for 30 years and is recognized as the first Mexican American to officiate professional basketball.

While this superlative impressed me for a long time, I also learned that sports provided my grandfather with an opportunity. My grandfather credits his experiences officiating sports, which began as a volunteer endeavor in the local community, as a path that enabled him to provide for his growing family and understand that sports can be more than a game. He continues to share these experiences today and engage in philanthropic activities to assist Mexican American youth to find educational, professional, and social benefits through basketball.

Through my research, I learned that my grandfather’s story, though unique, was not entirely an anomaly. Many stories of Latinos finding opportunity, community, and self-determination through sports, just like he did, are portrayed in the exhibition, ¡Pleibol! In the Barrios and the Big Leagues/En los barrios y las grandes ligas. This exhibition, which opened in July 2021 at the National Museum of American History, explores how Latinas/os have used baseball to pursue their dreams, challenge prejudice, be innovative, form solidarity, develop community, and take pride in their heritage and identities. During this past summer, I participated in the Latino Museum Studies Program (LMSP), a fellowship opportunity for Latina/o graduate students to gain industry experience in museum work, to assist the ¡Pleibol! team and learn to bridge together my research ideas, the work of the new exhibition, and the inspiration from my family history.

My goals in participating in this practicum centered around portraying the study of sports to be an accessible point of entry for people to learn about history and complicated concepts like identity. My own ideas about community formation, cultural citizenship, and what it means to be Latino were informed through my participation in baseball, and I wanted to learn how to translate these academic ideas and scholarly research into an educational context. In the process, I developed my digital teaching abilities, established relationships with other scholars and museum professionals, learned to elevate local microhistories, and figured out how to convey my own research in more digestible ways.

My own research highlights the ways that Latinos experienced and negotiated race formation through baseball. The experiences of someone like Ted Williams, who actively rejected his Mexican heritage and instead embraced his ability to pass for White, differed immensely from other Afro-Latinos like Roberto Clemente and Minnie Miñoso, and makes clear that possessing Latino heritage did not produce a monolithic experience. Both players experienced racial discrimination as a result of their Afro-Latino backgrounds. Miñoso, who played at the same time as Williams, could not play in Major League Baseball until 1949, two years after Jackie Robinson helped dissolve the color line. Clemente, who hailed from Puerto Rico, commented about how players like him often faced two levels of discrimination, as both a Black man and a Latino.

Latina/o players, especially those like Williams who could “pass” as white, often were able to do so by benefiting from the ambiguity, uncertainty, or even the fabrication of their racial or ethnic identities. Mexican player Melo Almada could not necessarily “pass” as white, but instead was portrayed by the media as the descendant of Spanish conquistadors, crafting an image that romanticized Anglos’ ideas of a Spanish fantasy heritage and highlighted a whitened European background.

At the amateur or community level, Latina/o players’ attempts to participate in the sport mirrored or represented their fights against racial discrimination in schools, the workplace, and other aspects of society. Throughout the country, Latinas/os historically faced segregation in educational and other public settings, had limited job opportunities, dealt with racially restrictive housing covenants, and were prone to waves anti-Latino and anti-immigrant sentiment.

Historians note how in places as varied as Southern California, Northern Colorado, Kansas City, and Chicago, Mexican residents all found baseball to be a site where laborers and other community members could organize, find solidarity, and express a uniquely Mexican American cultural identity in the face of assimilation and Americanization efforts that targeted their heritage. Latina involvement in baseball and softball also challenged gender norms, uprooting the expectation that women adhere to domestic roles, and support the pursuits of men. For Latinas like Carmen Luján, race and gender worked together to produce prejudices not experienced by Latino men and non-Latina women. Lujan’s experiences playing baseball and softball disrupted multiple layers of stereotyping and discrimination.

The ¡Pleibol! exhibition shares many different examples of how Latinas/os have used baseball to affirm identity and create sense of community. In Kansas City, for instance, Mexican American GIs returning from World War II came home to experience rejection from their local American Legion post. In response, they formed their own post to create a space for themselves, including a baseball field called the Eagles Nest. The Eagles Nest, newly revitalized, continues to be an important space for Post #213 members and the local community, representing the self-determination and identity of Mexican American veterans, their families, and their neighbors.

Stories like those of Roberto Clemente, Melo Almada, American Legion Post #213, Carmen Luján, Colorado’s sugar beet farmers, and my grandfather all show how salient and meaningful baseball and other sports can be in giving Latinas/os opportunities to succeed, form community, and find pride in their identities as Latinas/os. Their various experiences also show how fluid race can be. Some Latinas/os were able to shift or negotiate how their racial identity was perceived in order to deflect discrimination. Yet, this often came at a price, including requiring a person to give up aspects of his/her Latino cultural heritage. For others, baseball was a tool for resistance; it was an arena for organizing, to find solidarity and community, and to acquire a sense of self-determination that celebrated Mexican American identity. Still others used the game to demonstrate their fitness and athleticism. And some valued the game as a way to become part of new communities, or to be included with their white peers.

Participating in this practicum has inspired me to think about sports as a vehicle for learners to understand these complicated social and political concepts in more accessible and familiar ways. For instance, not many people may be able to relate to the transformation of gender norms around World War II, but a lot of young girls might understand what it means to play a “boy’s sport” or to be one of few female athletes on a sports team. Through sports, learners are able to see these historical processes in action and recognize the experiences of athletes as reflective of larger historical trends.

To help propel this objective, I produced a Learning Lab Collection as part of my practicum experience. I envisioned this Learning Lab to be a home for educators and librarians to find resources, activities, lesson plans, reading references, and other ideas to help find ways to engage students and learners with the artifacts, stories, and content from the ¡Pleibol!exhibition, and to develop a deeper understanding about the role of Latino baseball in American history. I found great value and meaning in the study of sports that I have pursued in graduate school, and in the process, I have learned more about myself. I hope this Learning Lab and the ¡Pleibol! exhibition inspire many other learners to do the same. 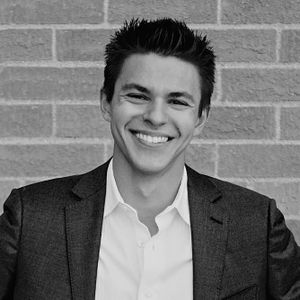