Katrina Lohan is a parasite tracker and one of the newest principal investigators at the <a href="https://serc.si.edu/">Smithsonian Environmental Research Center</a>, headquartered on Chesapeake Bay in Edgewater, Maryland. She heads the <a href="https://serc.si.edu/labs/marine-disease-ecology">Marine Disease Ecology Lab</a>, launched in 2017. Before starting her own lab, she worked as a postdoctoral fellow with the center’s <a href="https://serc.si.edu/labs/marine-invasions-research">Marine Invasions Lab</a>. She received her Ph.D. in Marine Science at the College of William and Mary, her M.S. in Biology at American University, and her B.S. in Marine Science at Southampton College of Long Island University. Katrina has searched for marine parasites on both U.S. coasts, Central America and the Gulf of Mexico. <em>(Photo by Chris Lohan)</em> 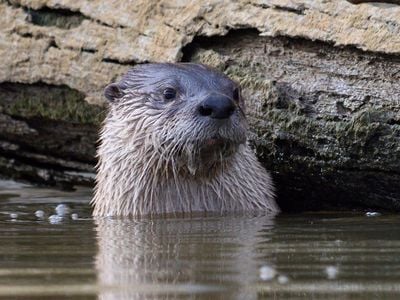 The Secret Lives of River Otters (And Their Parasites) Confessions of a Real Life Scientist: The Thrill of Learning