Melissa Rogers, a senior curriculum developer at the Smithsonian Science Education Center, was looking for a way to introduce engineering to young children. Rogers was drafting a kindergarten unit for the Smithsonian Science for the Classroom curriculum in which students would complete a series of engineering activities to solve the problem of a playground that gets too hot in the sun. She heard about a recent project to build a shade structure over the sea lion exhibit at the Smithsonian's National Zoo. After talking with animal care staff, Rogers knew she had found her hook.

Young children are natural engineers, creating situations and solving problems through play every day. Recognizing this, Rogers connected with Emily Porter, Manager of Early Childhood and Family Learning Experience at the National Zoo, and together they are forging a partnership to use children’s interest in and empathy for animals as an innovative way to engage young children with foundational engineering standards and make engineering more accessible.

One of the key philosophies of early learning at the Smithsonian is that young children are capable learners. When educators scaffold opportunities thoughtfully, children can engage with complex topics, tackle more challenging tasks, and make more sophisticated connections than many people assume. Consider the engineering standards for children in grades K-2 that are influenced by “A Framework for K-12 Science Education” (National Research Council, 2012), outlined below. Such standards, including the Next Generation Science Standards, guide STEM learning in over 40 states, but some educators may think them too challenging for young children.

Ask questions, make observations, and gather information about a situation people want to change to define a simple problem that can be solved through the development of a new or improved object or tool.

Develop a simple sketch, drawing, or physical model to illustrate how the shape of an object helps it function as needed to solve a given problem.

Analyze data from tests of two objects designed to solve the same problem to compare the strengths and weaknesses of how each performs.

The core of early engineering education is evaluating problems and creating and comparing solutions.  It may seem like a simple task, but let’s break down the cognitive work inherent in this ask. To identify and define a problem, the child has to exercise both cognitive flexibility and perspective-taking skills as she considers “is this situation a problem for me, or is it a problem for others too?”  Likewise, when she designs and tests a solution, she will also need to consider it through the eyes of others: “will this solution work for others or just for me?” Considered this way, the connection between early engineering and socioemotional learning, specifically the development of empathy, becomes clear, and has inspired the “Engineering through Empathy” collaboration between the Smithsonian Science Education Center and the Smithsonian's National Zoo and Conservation Biology Institute.

Empathy is the ability to understand, appreciate, and value the thoughts and feelings of others, whether that “other” is a person or an oyster. This can be challenging work to do for young children who are still developing the capacity to understand that another person can think or believe something that the child herself does not. Animals provide an amazing opportunity for educators to scaffold young children’s abilities to think and act with empathy, because children immediately understand animals as “other,” but can also easily appreciate the needs and experiences they have in common with animals.

So how can we apply this to engineering education? One approach is to make the socioemotional work inherent in the elementary engineering standards easier for children to engage in by using a scenario featuring an animal. Rogers took this approach when she incorporated the Zoo’s installation of a new shade structure over the sea lion exhibit on the American Trail into a story that kindergartners read as they reflect on the problem of the hot playground.

When we introduce a situation that needs to be changed to benefit an animal, it gives children a scenario with real-world stakes in which they are intrinsically motivated to participate. It also provides a situation that is removed enough from their own experience so as to be safe and non-threatening, giving them greater permission to attempt and learn from creative failures.

Let's continue with the sea lion example. Because sea lions have large, sensitive eyes that have adapted to help them spot prey under water, they can be susceptible to eye strain and damage over time especially if exposed to glaring sunlight.

Porter and Rogers suggest that before even introducing a hypothetical scenario for an engineering activity, like an exhibit that is too sunny, we could help students scaffold up to an even deeper appreciation of the problem by engaging them with a series of play-based activities that deliver STEM content while also giving them them the opportunity to relate to the animal's experience of the world and strengthening their perspective-taking skills. For example, students could first learn about the sea lion’s diet by drawing their own favorite foods on a paper plate and then comparing them to the sea lion’s “favorite food plate.” Then, they could literally "try on” the sea lion’s perspective by using familiar objects like rain coats, flippers, and sunglasses to mimic sea lion adaptations during dramatic play. The “Inspiring Engineering Through Empathy” collection of resources, via the Smithsonian Learning Lab, has more details about these ideas and more!

Rogers and Porter hope that more early elementary educators will be inspired to use empathy for animals and conservation to launch engineering activities.  You might begin with the images, videos, and inquiry prompts found in this Smithsonian Learning Lab collection of resources. Through play-based activities, students learn about and develop connections to and empathy for a sea lion.  Another easy way to start is by observing the Zoo’s animal web cams with your class. Encourage your students to watch Asian elephants, African lions, giant pandas, or naked mole rats go about their daily lives and ask questions about what they observe. What are the animals doing? How are they using different elements of their habitat and what might that tell us about why those elements are there? If there are multiple animals, what differences do they notice between them? How do the animals’ behaviors change over time? Use their observations about the individual animals on the cams to spark a small research project about the animal and then challenge students to use what they know to answer some of their questions, or even ask more. Then, put it all together by challenging them to either design improvements for the habitat they see in the cam or create a scenario where a local zoo is bringing in one of these species and needs to design a new habitat.  Then help your students get caring and creating. 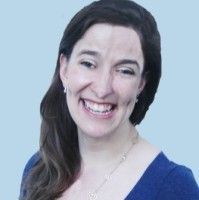 Emily Porter manages early childhood and family learning and onsite school programs for the Smithsonian’s National Zoo. Emily earned a BA from Harvard University in English and American Literature and Language and an MAT from the George Washington University in Museum Education. Also a certified Nature Play professional, Emily is passionate about engaging children with nature to spark a lifelong love of wildlife and a desire to take action to save species. 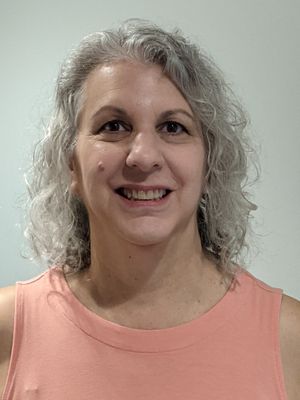 Melissa Rogers develops NGSS-aligned elementary science curriculum for the Smithsonian Science Education Center. Melissa earned a BS and MS in Geophysics at Virginia Tech, with a focus on earthquake seismology. She has classroom teaching experience at the high school, community college, and four-year college levels.