This summer marks the centennial of a bird—possibly the most famous pigeon in history—going on display at the Smithsonian. A representative of Columba livia domestica, this bird is known as simply Cher Ami. Since Cher Ami first went on display, the pigeon's sex has remained a source of debate. The wartime records of the U.S. Army’s Signal Corps recorded Cher Ami as a hen, or “she.” For a century the Smithsonian, however, has always labeled Cher Ami as a cock bird, or “he.” Through modern DNA analysis, the century-old mystery of the famed pigeon’s sex has recently been determined by a team of curators and scientists. This question has now been definitively answered: the Smithsonian has conclusively identified Cher Ami as male.

In the fourth year of World War I on October 4, 1918, as the story goes, Cher Ami, an English-bred bird, was the last available pigeon for the American doughboys of the Lost Battalion, cut off and surrounded by German troops. On the afternoon of the fourth, the Americans found themselves being shelled by their own artillery. The commander of the Lost Battalion, Major Charles W. Whittlesey, hurriedly wrote a brief message: “We are along the road parallel 276.4. Our own artillery is dropping a barrage directly on us. For heaven’s sake stop it.” The message was inserted into a holder on Cher Ami’s leg, and the pigeon went aloft amidst a hail of exploding shells and enemy rifle fire. When the pigeon reached its loft behind the front, either a bullet or shell fragment had almost completely severed its right leg and sliced across the bird’s breast. Miraculously the message capsule hung to the tendons of the severed limb. The capsule’s contents revealed the location of the beleaguered Americans and helped contribute to their relief on the night of October 7.

On April 16, 1919, Cher Ami arrived in the United States and became a media sensation. Although the United States Army Signal Corps originally reported the bird as a black check hen, media stories began to blur the bird’s sex. In August, two articles appeared within weeks of each other. In The Ladies’ Home Journal, Rose Wilder Lane fancifully described Cher Ami as a male French pigeon, gliding around Paris rooftops before helping to save the Lost Battalion. In The American Legion Weekly article about the Signal Corps’ homing pigeons, Cher Ami’s condition at the loft is described: “She was in a state of complete exhaustion. From her dangling leg we took the message and dispatched it in great haste to headquarters.”

Despite the best care of army veterinarians, Cher Ami succumbed to war wounds in June 1919. The Signal Corps gave the bird’s remains to the Smithsonian’s National Museum of Natural History for preservation. After being mounted by taxidermist Nelson R. Wood, Cher Ami went on display at the United States National Museum in the Arts and Industries Building in June 1921. While some histories claim the necropsy of Cher Ami determined the bird’s sex, no records exist with the U.S. Army Signal Corps or in the Smithsonian’s archives detailing the mounting of Cher Ami and what was uncovered about the bird’s sex in the process.

Why then did the Smithsonian list Cher Ami as he? Of the surviving museum records, there is a single memorandum which mentions the bird’s sex. Captain C.C. Hungerford of the Signal Corps wrote to Captain Joseph J. Hittinger at the National Museum on September 20, 1920. Hungerford acknowledged he could not find any war record of Cher Ami being the pigeon “which carried the message from The Lost Battalion.” Listing the known details of the bird, Hungerford, without explanation, closes by stating “Whether ‘Cher Ami’ did or did not carry the famous message from The Lost Battalion, the records show that he did return to his loft with a message dangling from the ligament of the leg that has been ampitated [sic] by rifle or shell shot. He was shot through the breast and it was from the effect of this wound that he died” (emphasis added). Hungerford’s document served as the primary source of information for Cher Ami’s 1921 display label, which essentially copied Hungerford’s description of Cher Ami’s wounds, pronouns and all.

From 1919 to the present, Cher Ami has appeared in two feature-length films, multiple novels, and numerous poems. A national treasure, Cher Ami is the most famous pigeon in the world.

On the centennial of Cher Ami first going on display, the Smithsonian leveraged modern DNA forensic science to determine Cher Ami’s sex. On May 10, 2021, Dr. Carla Dove, program manager of the Feather Identification Lab of the National Museum of Natural History, and Dr. Robert Fleischer from the Smithsonian’s National Zoo and Conservation Biology Institute’s Center for Conservation Genomics (CCG) took tissue samples for DNA analysis from the stump of Cher Ami’s right leg and the underside of the left rear toe pad. Ancient DNA, isolated from things long dead such as subfossil bones or museum specimens, can be tricky to work with due to degradation of the molecular structure. In the CCG ancient DNA lab, laboratory manager Nancy Rotzel McInerney extracted DNA from the samples and used polymerase chain reaction (PCR) to make millions of copies for use in gel electrophoresis to determine what sex-specific DNA sequences were present. Dove also provided toe pad tissue samples of four pigeon specimens for comparison with the results for Cher Ami. All four—two hens and two cock birds—were preserved around the same time period as Cher Ami and are now part of the National Museum of Natural History’s collections as a “known-sex” control group.

On June 30, results came back on the sex-typing tests. Fleischer explained that McInerney’s ancient DNA PCR results revealed that Cher Ami had “Z-specific” DNA sequences, but no “W-specific” sequences. In birds (unlike humans and other mammals), females have two types of sex chromosomes (Z and W) while males only have Z chromosomes. Thus, if Cher Ami has Z but no W sequence we can infer that Cher Ami was a male or cock pigeon. McInerney ran two analyses for Z and two for W sequences, and in replicated analyses Cher Ami only had Z but no W fragments. As further confirmation that the analyses worked, she found that the two nearly 100 year-old female pigeon specimens from NMNH’s bird collection had both Z and W fragments, and the old male specimens (as expected) only had the Z fragments (see adjacent figure).

The results of the test confirmed the Smithsonian’s long-held—but essentially coincidental—claim that Cher Ami is a cock bird. This mystery of the bird’s sex is now a matter of historical record, necessitating an update to the museum’s permanent accession file for Cher Ami and a revision to the bird’s online description. But the tests did not change two key aspects of Cher Ami’s story. First, the undeniable bravery of this smallest of America’s animal war heroes remains unquestioned. Second, Cher Ami will always remain a “dear friend” to everyone who learns of his story.

This post was originally published on the National Museum of American History's blog on July 15, 2021. Read the original version here. 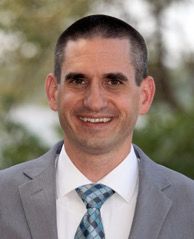