Tom Wolfe, the author of The Right Stuff (1979), one of the most iconic literary books about spaceflight, died this week.

Born Thomas Kennerly Wolfe Jr. in 1930, he entered the world during the same year as all three Apollo 11 astronauts. Those spacefarers shared a historic opportunity in part because, at the right moment, they were experienced enough to join the human spaceflight program without being too old or too entrenched into their military careers. Likewise, Wolfe came of age as a writer at a moment in the 1960s when he helped to create a new kind of literary nonfiction. Valuing evocative truth rather than just facts, “New Journalism” involved the writer as both participant and observer, using literary techniques to draw characters, sketch settings, and arouse emotion. Indeed, Wolfe himself solidified the term “New Journalism” when he titled an edited collection of essays by himself and other writers (including Truman Capote, Norman Mailer, Hunter S. Thompson, Gay Talese, and Joan Didion) called exactly that in 1973.

Wolfe’s journey into writing about human spaceflight began a year earlier. In 1972, he covered the launch of the final Moon mission, Apollo 17, for Rolling Stone. He eventually wrote a four-part article about the astronauts for the magazine. Struck by the bravery required to climb atop a loaded rocket, Wolfe started researching a broader history of the United States’ human spaceflight program. In the author’s note to The Right Stuff, he thanked the many people who he interviewed as well as the staff at the NASA history office at the Johnson Space Center. Focusing on the earliest American human spaceflights of Project Mercury and writing 15 years after the events themselves, Wolfe had the benefit of hindsight, archives, and first-hand recollections. Famously, he worked extensively with Chuck Yeager to understand the culture of test pilots and the landscapes in which they worked. Initially, he intended to write a book that would cover the entire program up to the then-current Skylab. Instead, he wrote, “I finally got up to 450 pages and said that’s it.”

The Right Stuff was an important book. In an era when many Americans subscribed to regular book services, which provided monthly selections mailed to their homes, The Right Stuff was a selection of the Book-of-the-Month Club, the Quality Paperback Book Club, the Conservative Book Club, the Flying Book Club, and the Macmillan Book Club. The Right Stuff appeared in Reader’s Digest and was serialized by multiple magazines. It was a finalist for the National Book Critics Circle Award and won the National Book Award for Nonfiction. In 1983, it got new life when it was adapted as a major motion picture by screenwriter and director Philip Kaufman.

Coining the phrase, Wolfe masterfully described the “right stuff:” an inexpressible blend of confidence, skill, and machismo. As Wolfe wrote it, test pilots’ relationship to the right stuff was akin to the experience of believers in Protestant Calvinist predestination regarding salvation. Whether with redemption or the right stuff, a man could never know with confidence that he possessed it. He could only demonstrate—through sin or a split-second miscalculation—his lack of it. The astronaut was a single-combat warrior, carrying the weight of his nation’s hopes into battle. In his descriptions of test pilots, their wives, the astronauts, and administrators, Wolfe evocatively portrayed the places and the people who made the United States early human spaceflights happen.

Mercury astronaut Wally Schirra himself praised The Right Stuff, “I think the book is quite well done. This right stuff business is a very small fraternity and it’s something you can’t buy.” Wolfe must have been pleased. 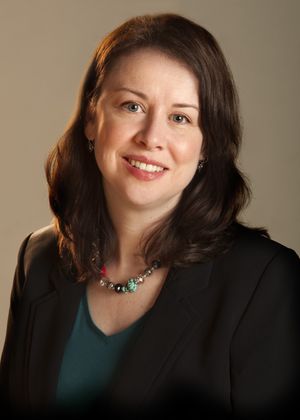