Airports are transitional spaces, serving the Earth and the sky, a zone where both humans and technology are intertwined. Since 2007, Athenian-born photographer Alexandros Lambrovassilis has been photographing the transition occurring at Ellinikon International Airport, the international airport in Athens, Greece that closed in 2001. His images document the human footprint left behind from a vanished era, capture emotions of his childhood experiences at the airport, and raise awareness of a historic aviation landmark in Athens. The images also open discussion for the transformation and fate of Ellinikon within the larger social and current economic climate of the country. Are these images also a mirror reflecting the transition of Greece?

Ellinikon Airport (also known as Hellinikon) was built in 1938 and is located in the suburbs of Athens, west of Glyfada, on the coastline of the Mediterranean Sea. In 1957, the airport became symbolic of Greece’s emergence into the modern era of commercial aviation with the creation of the country’s national airline, Olympic Airways, which was largely supported and financed by shipping magnate Aristotle Onassis. The airport discontinued commercial operations in March 2001 during the lead-up to the 2004 Summer Olympic Games in Athens. With the expansion of the city’s infrastructure, the new airport Eleftherios Venizelos (Athens International Airport) was built to replace Ellinikon.

The now-defunct Ellinikon Airport still stands with buildings, furniture, administrative paperwork, and aircraft left behind. The surviving crown jewel of the airport is the east terminal, inaugurated in 1969 and designed by renowned Finnish-American architect Eero Saarinen. The airport sits on prime European real estate, an area about twice the size of New York City’s Central Park, with a coastline equivalent to Monaco’s. Despite plans to convert the space into an urban development of international significance, Ellinikon’s destiny is uncertain. Elements of the airport could be preserved and incorporated into a new urban development, could be completely demolished, or could be left to slowly decay.

Alexandros Lambrovassilis’s photographs imbue a bittersweet nostalgia drawn from his collective memories of the airport. With grandparents on the Greek island of Lemnos, Lambrovassilis has been a frequent flyer since birth. To him, the airport signified a playground as a child, an escape from parental rules as a teenager, and a launch pad for a life overseas in New York City as an adult. On a return trip to his home country in 2007, he remembers seeing abandoned aircraft on the empty runway. Airport authorities allowed Lambrovassilis to photograph the aircraft, and he remembers his initial feelings were those of a child “left to roam in an open amusement park.” His multi-year romp of the airport captures the pulse of an abandoned environment and the multiple facets of a familiar place in transition.

Lambrovassilis explores invisible boundaries and crosses through the once-forbidden spaces of the now-empty airport. As viewers, we are given permission to trespass with him through the uninhabited terminal halls, peer behind ticket counters, and wander across runways. The images are haunting yet beautiful and leave room to imagine the former life and the resurrection and preservation of the airport.

These perfectly composed images speak with double meanings. A photo shows reams of deteriorating administrative papers and airline tickets left on open shelves with a fire extinguisher nearby. The scene screams that the damage is already done—the airport is shuttered—and it’s too late to fix, even though there is help close by. On the sidewalk we see cryptic language in a scrambled pile of blue letters—the airport’s name, strewn on the sidewalk.

The airport is in a state of chaos, yet photographed in perfect order. Through his photography, Lambrovassilis translates the relationship of chaos and order and gives the viewer a multi-dimensional view of spatial change on a universal level, creating room for new beginnings and growth. In the glow of late afternoon sunlight, grass is captured between the cracks of the runway, symbolizing new life springing forward. At the entrance of the airport, flowers are still blooming in their pots, unaware that human activity has ceased.

In this work, Lambrovassilis documents Ellinikon with metaphors, melancholy, memorialization, and hope. The symbolism found throughout these images of an abandoned airport reflect the current state of crisis, unknown transition, and hope for Lambrovassilis’ motherland of Greece. 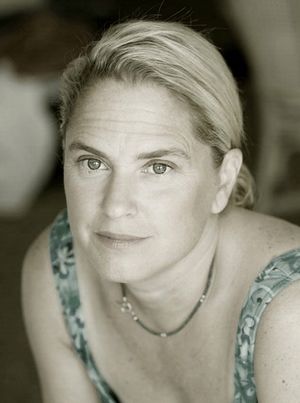