From Vietnam to Antarctica, this year’s winners bring you amazing glimpses of a changing world—and the indefatigable human spirit 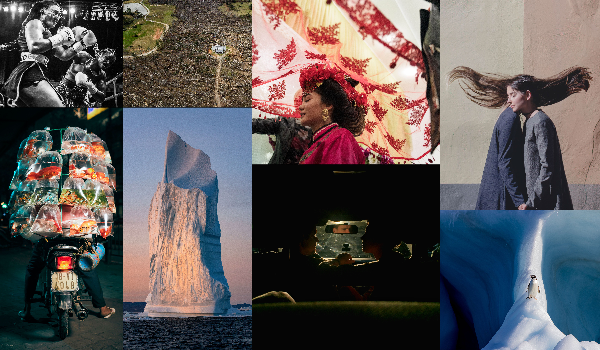 On any given day, millions of motorbikes zip across Hanoi. Jon Enoch, a London-based photographer, traveled to the city, Vietnam’s capital, to photograph bikers with their gravity-defying cargo loads of plastic toys, cartons of eggs or—in the case of the Grand Prize winner of our 17th Annual Photography Contest­—live fish. But sights like this will soon be a remnant of the past: Hanoi is planning to ban motorbikes by 2030 to cut down on traffic and pollution. “This sort of thing won’t be around for much longer,” Enoch said. “Unless you go and capture it, there is going to be no record of it.”

The winning images, selected by the magazine’s photo editors, manage to capture the ephemeral and frame the fleeting: The instant after a boxer lands a punch on her opponent’s face, sending the audience into a roaring cheer. The inward expression of a 20-year-old bride in Central Asia as she says goodbye to her own family and gets ready to be welcomed into her husband’s. A quiet moment between family members in a car in Moscow. A dreamlike split-second meeting of two surreal figures, their hair flying behind them.

Two of this year’s awardees focused on scenes being affected by climate change. On an expedition in Antarctica, Conor Ryan of Scotland documented Adélie penguins, whose population is declining as temperatures rise. Natnattcha Chaturapitamorn, of Bangkok, journeyed to Disko Bay, Greenland, where the ice cap is undergoing unprecedented melting, to experience the majesty of icebergs.

More than 10,000 photographers, hailing from 145 countries and territories, submitted 36,000 entries in this year’s contest. See all 60 finalists here and enter the next competition here.