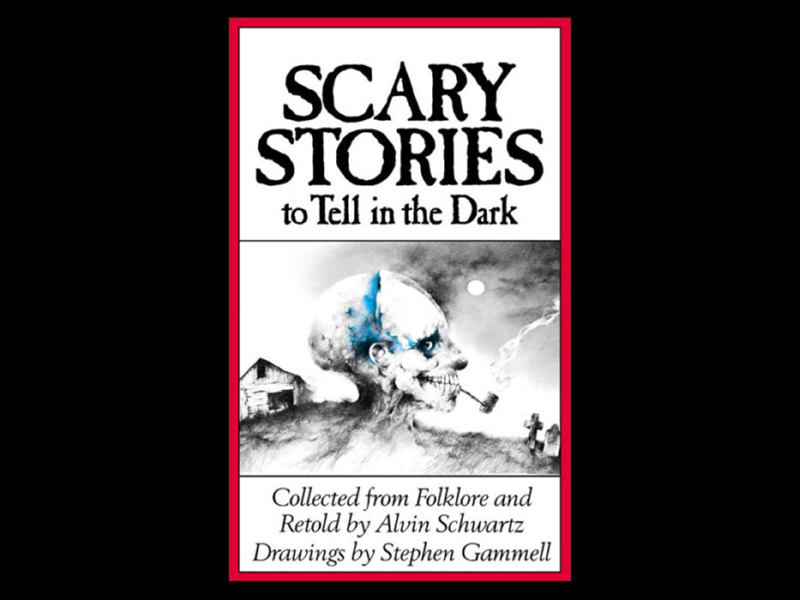 According to the American Library Association, Scary Stories were the most challenged books between 1990 and 1999.

In November 1991, as Halloween jack-o-lanterns rotted atop curbside leaf piles, and the autumn days grew shorter, nearly 5.5 inches of rain fell upon northwest Washington. Damp and cool and dark, it was the perfect backdrop for telling scary stories. But at John Muir Elementary School in Kirkland, a Seattle suburb, one of the students’ cherished collections of spooky tales suddenly vanished.

Scary Stories to Tell in the Dark, a three-volume set of haunting folklore collected from around the world, all retold by the author, Alvin Schwartz, had kids crawling beneath their blankets, reading by the flickers of their flashlights. Featuring nightmarish illustrations by Stephen Gammell, winner of the Caldecott Medal, Scary Stories tells tales like “Wonderful Sausage,” where a butcher kills his wife, grinds her into sausage, then sells her to his drooling patrons.

Some parents were appalled, even comparing Schwartz to the cannibalistic serial killer Jeffrey Dahmer. That November, Nancy Allen, a Kirkland mom, seized Scary Stories from the Muir Elementary library. Sandy Vanderburg, president of the Parent Teacher Student Association, had some 70 parents and teachers sign a petition demanding the books’ removal. Soon, the story spread.

“Parents and teachers in a Seattle suburb will vote next week on a plan to ban three books from an elementary school library,” reported Connie Chung on the CBS Sunday Evening News. “Those who want to get rid of the books say, ‘They’re just too gruesome for young readers.’”

But “gruesome” wasn’t the only word used to describe Schwartz’s books. “Devil,” “seance,” “witchcraft” and “occult” were heard at PTO meetings across the country. Vanderburg continued her protest, even appearing on Good Morning America. According to the American Library Association, Scary Stories were the most challenged books of the 1990s.

“My dad was very proud of that,” says Betsy Johnson (Schwartz), the youngest of Schwartz’s four children. “It meant the books were relevant. People were paying attention. It was great publicity. He used to joke, ‘When I die, I want my New York Times obituary to say I had some of the most banned books in America.’”

On Monday, March 16, 1992, The New York Times read, “Alvin Schwartz, a best-selling author of children’s books—many widely praised for their wit and folklore but some criticized as unduly scary for young readers—died on Saturday at Princeton Medical Center in Princeton, N.J. He was 64 years old and lived in Princeton.”

Schwartz published more than 50 books over three decades, many focused on folklore, and with Scary Stories he continued this tradition. By scouring university libraries, speaking to professors, and listening to ghost stories in cities, barn lofts and Boy Scout camps across the country, he  spun some of the world’s spookiest lore. In “Harold,” perhaps his most popular story, Schwartz recycled an Austrian-Swiss legend to tell the tale of a possessed scarecrow. In “The White Satin Evening Gown,” he borrowed from Greek mythology to weave the story of a poisoned young woman. And in “The Little Black Dog,” he drew upon a 1920s French fable about a blood-thirsty ghost dog.

“People often think folklore is shared among people in the hills and hollers of places like West Virginia,” says James Deutsch, Curator of Folklife and Popular Culture at the Smithsonian Center for Folklife and Cultural Heritage. “Well, yes. But it’s also shared in the apartments and co-ops of New York City. Different groups adapt folklore to their circumstances.”

In 1954, folklorist and anthropologist William Bascom wrote a highly cited article, “Four Functions of Folklore,” for The Journal of American Folklore. When explaining the importance of folklore, Deutsch often returns to Bascom. “First, folklore entertains. Second, it educates. Third, it validates a group’s culture. And fourth, most importantly, folklore builds solidarity—cohesion—amongst group members.”

But can’t we serve these functions—can’t we meet these needs—without peeing our pants in fear? Why are we drawn to scary stories?

“Reading scary stories seems to go against our innate response,” says Bianca Jones Marlin, an assistant professor of cell research and a principal investigator at Columbia University’s Zuckerman Institute. “We respond to fear by releasing neuromodulators, hormones that tell us to either fight or run away. Our pupils dilate. We take in more light. Our blood vessels restrict. Our hearts beat faster. Our sympathetic nervous systems don’t have the energy to relax. Our bodies are saying, ‘Let’s get out of this situation.’”

But when reading scary stories, our bodies often don’t say, “Let’s get out of this situation,” but rather, “Turn the page.” Marlin goes on to explain, “If you take a step back from the biology of fear and look at the psychology of it, the human brain loves curiosity. When we’re reading a scary book, there’s a layer of protection. We’re able to be curious without putting ourselves in harm’s way. Fear isn’t so binary. It’s not all fight or flight. There’s something thrilling about fear. Whether it’s a thrill that reminds us we’re alive, or a thrill of the unknown, fear is not just about working against death. It’s also about enjoying life.”

To heighten his young readers’ fear, Schwartz handpicked Stephen Gammell, a little-known, self-taught artist, to illustrate Scary Stories. But by 1981, when the first Scary Stories volume was published, Gammell was rising; by 1989, he won the Caldecott Medal for illustrating Karen Ackerman’s Song and Dance Man. At the Caldecott awards banquet, Gammell, who is known for his colorful socks and refusal to give interviews, gave a strange, rambling speech that confused attendees and is still talked about in the children’s publishing world over 30 years later. (The Association for Library Service to Children, the division of the American Library Association that awards the Caldecott, links to past recipients’ acceptance speeches, though Gammell’s is nowhere to be found).

Gammell’s odd Caldecott acceptance speech, coupled with his reclusiveness, has made him the subject of folklore himself, offering a glimpse into the singularity of the artist.

“He has a really good grip on the way textures can trigger fear,” says Paul O. Zelinsky, an illustrator and 1998 Caldecott Medal winner for his retelling of Rapunzel. “He draws very carefully—the edges are sharp, mostly. But his work is also indefinite. And then there’s absence. It is and it isn’t. When it is, it’s all these murky, ominous, indistinct images that evoke fear—fog, thorns, veins, arteries and insect-like creatures. When it isn’t, there are these holes and silhouettes and white areas that contradict the whole scene. Two competing spaces that contradict one another. Your mind is forced to go back and forth. It’s very unsettling.”

In 1991, when the final Scary Stories book was published, Schwartz and Gammell had successfully terrified kids across the globe. That’s why later that year, their work was causing an uproar.

“Hair-raising Stories for Kids Also Raises Parents’ Hackles,” read a headline in the Friday, December 6, 1991, edition of The Seattle Times. Vanderburg, the outraged Muir Elementary parent, voiced her concerns about the stories saying, “This is adding fuel to the fire, giving kids ideas of what to do to frighten other kids. There is so much violence in them.”

But not everyone agreed with Vanderburg. “I met with the library and the principal and asked if we couldn’t come to a compromise,” said Vanderburg in the Monday, Sept. 20, 1993, edition of the Chicago Tribune. “They were unwilling to compromise.”

Betsy Hearne, the editor of the academic journal The Bulletin of the Center for Children’s Books, also protested Vanderburg’s protest. “These stories help children deal with reality by putting faces on what they’re afraid of,” said Hearne in the same Tribune article. “The things children fear don’t go away, just because they can’t read about them. It’s a tragic mistake to deprive a child of a book that will allow them to face and discuss the things that make them afraid. Repressing those fears only makes them more afraid.” The story ran under the headline, “Who is Alvin Schwartz and why do parents want to ban his books?”

The Scary Stories series would be contested time and again, beating out Maya Angelou’s I Know Why the Caged Bird Sings, Mark Twain’s The Adventures of Huckleberry Finn and John Steinbeck’s Of Mice and Men to become the three most challenged books of the decade.

“I recently leafed through a copy, and they really are written at a level that’s completely appropriate for children,” says Johnson of her father’s work. “I’m a librarian in the children’s room of a public library. Today, parents are very involved in what their kids read—the whole helicopter parent thing. My parents were not like that at all. My father was a former journalist, a big First Amendment supporter. I think he was offended by the notion that parents thought they had the right to tell kids, who he thought had a lot of agency, what they could read.”

This year marks the 40th anniversary of Schwartz’s first Scary Stories volume. In recent years, Academy Award winner Guillermo del Toro and director André Øvredal produced a movie based on the books, Scary Stories to Tell in the Dark; filmmaker Cody Meirick created a documentary, Scary Stories; and to date, the books have sold over 7 million copies.

“The books gained even more popularity, and we were always sad that my father was never able to reap the full benefit of his success,” says Johnson. “He was a very hard worker. I remember going to sleep listening to him type at night—the clicking keys of his typewriter was a very soothing sound.”

Alvin Schwartz died of lymphoma on March 14, 1992. The author’s death killed any stories he had yet to write. The question of what remains untold is as real as the howling wind, the answer as elusive as a shadow in the night.

“My father enjoyed his work and the freedom it gave him to explore what interested him,” says Johnson. “I am convinced that were he alive today, he would still be producing good work.” 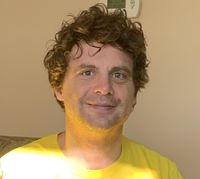