What Does It Mean to Be a Witch Today? 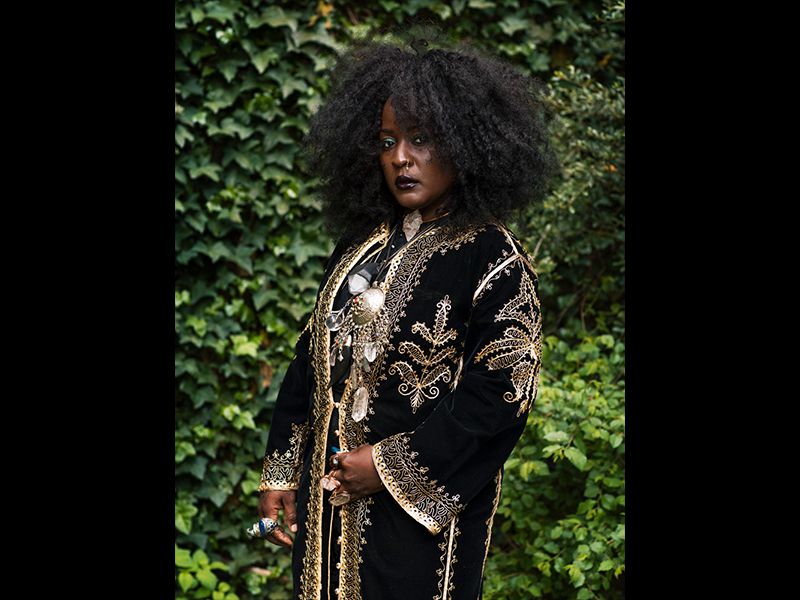 In 1692, a panic swept through Salem, Massachusetts. More than 200 people—mostly women—were accused of witchcraft; 20 were executed, and five more died in prison. What led a quiet New England town to turn against itself, and why, three centuries later, do these trials continue to captivate Americans?

A new exhibition at the New-York Historical Society (N-YHS), “The Salem Witch Trials: Reckoning and Reclaiming,” transports viewers to that bleak New England winter—and invites us to consider how we might have reacted to such events.

“It’s a call to re-examine our own behavior in moments of crisis,” says Anna Danziger Halperin, associate director of the N-YHS Center for Women’s History and the exhibition’s coordinating curator. “Everyone wants to think they would respond on the side of justice, but it’s really easy to get carried along and turn on one another.”

The exhibition evokes this history largely through rare documents, including the confession—no doubt given under duress—of Tituba, an enslaved Indigenous woman. But it also includes modern reclamations, including photographs by Frances F. Denny, a descendant of one of the Salem judges, that focus on present-day people who identify as witches.

Denny, it turns out, has not one but two ancestors directly involved in the witch hunts of 17th-century America—Samuel Sewall, the judge, and Mary Bliss Parsons, a woman who was accused and acquitted of witchcraft some years earlier. Denny, who has long focused her lens on the ways that female identity is constructed in America, began thinking about the term “witch” as a “primordial female archetype.”

In her portrait series and book, titled Major Arcana: Portraits of Witches in America, she captures how the word “witch” has evolved from a potentially deadly label her ancestor rejected to something embraced by many people today.

“Witch” has always been a capacious term. “Never one thing, she was several different beings at once,” historian Lyndal Roper writes in The Witch in the Western Imagination. All at once a seductress and a hag; a cunning shapeshifter and a gullible fool tricked into the service of the devil. The late journalist and Wiccan priestess Margot Adler wrote in Drawing Down the Moon: Witches, Druids, Goddess-Worshippers and Other Pagans in America that it’s exactly this “imprecision,” this ambiguity, that gives the word “witch” its power.

Major Arcana doesn’t attempt to narrow down what it means to be a witch; the series’ power is in broadening our view of who witches are and what they believe. “As I started photographing, it became evident to me that a witch is not one thing,” Denny says. “You can hardly call it a community of witchcraft, because it’s so diverse.” Denny’s subjects vary not just by race but also by age, geography, gender identity, belief system and more.

Some of her subjects, who chose the outfits they would be pictured in, wore black capes—and yet most of them do not like the stereotypical witches that will flood the streets this Halloween. One, the high priestess of a Wiccan church and a surgical coordinator at an organ procurement agency, is pictured in her scrubs.

The group includes Wiccans and Vodou priestesses, green witches and kitchen witches, sex witches, cat witches, anarchist witches and a great many activist witches. Alongside many of the portraits in Denny’s series, both in the book and in the exhibition, the subjects provide text defining “witch” or “witchcraft” for themselves. (Many of these texts are read by the subjects themselves in an audio track that accompanies the portraits in the NYH-S exhibition.)

“Frankly, I think that if your witchcraft is not political, you are still asleep,” Leonore Tjia, a witch from Montpelier, Vermont, told Denny. “In a culture as racist and patriarchal and transphobic and homophobic and materialistic as ours is, if you don’t see the way witchcraft is radical and revolutionary, you have some waking up to do.”

“Generations of women’s rights activists have looked at the history of witch hunts as a way of controlling and oppressing women’s behavior,” says Halperin.

In 19th-century America, Transcendentalism and first-wave feminism swept across the nation, and suffragists saw accused witches as fellow victims of a violent and ignorant patriarchy. In the second wave of feminism in the 1960s and ’70s, witchcraft was seen as a code for the skills, knowledge or independence obtained by women who men viewed as a threat, such as healing, midwifery or financial independence. In recent years, as the #MeToo movement took hold, a new generation of witches are sharing spells to “hex the patriarchy” on “WitchTok” (the occult corner of the social media platform TikTok) and in mainstream publications like TeenVogue.

Indeed, as Bianca Bosker writes in the Atlantic, the popularity of witchcraft has always spiked during periods of turmoil in the United States, from the Civil War to the Trump era, as people disillusioned with the status quo seek something new. The tides of feminism and witchcraft have always been tightly linked.

“Show me your witches, and I’ll show you your feelings about women,” writes Pam Grossman, author and host of the podcast “The Witch Wave,” and one of Denny’s subjects, in her own book Waking the Witch: Reflections on Women, Magic and Power.

Of course, one need not identify as a woman to be a witch. Major Arcana includes witches who are transgender, nonbinary and genderqueer. Even men can be witches, though none are featured in the portrait series.

As in any diverse community, disagreements bubble up. For some of the “old guard” witches who came up in the countercultural ’60s and ’70s, the mainstreaming of the occult is an assault on an identity that hinges on its fringe nature. Meanwhile, some modern witches who have had this identity used against them by abusers and family court systems see it as a pathway to safety and acceptance.

What unifies the group, in Denny’s view, is that so many of the witches in Major Arcana are using witchcraft as a healing modality. They turned to the occult to process trauma, to endure chronic illness or to find empowerment. Brooklyn-based witch Alex Patrick Dyck writes in Major Arcana, “we can heal ourselves to better heal others and our communities.”

This is a far cry from the historical definition of a witch—the one Denny’s ancestor rejected—as a malicious person who harms others through magical means.

Indeed, one of the widely accepted definitions of magic within the community, which comes from British occultist Dion Fortune, who lived in the first half of the 20th century, is “the art of changing consciousness at will.” Magic, in that sense, is a lot like meditation, or therapy, or psychedelics. It feels a bit mysterious, maybe even ridiculous, to those who don’t practice it, but for those who do, it’s a tool to change the way they interact with the world.

“At the end of the day, what is witchcraft?” Denny says. “It’s about finding alternative systems for processing the world around you, for connecting to the Earth, and for healing something in yourself or something in somebody else.”

What’s more human than that?

Kate Wheeling is a former staff writer at Pacific Standard.