Back in the day, when J.R.R. Tolkien and C.S. Lewis pub-crawled through Oxford, the taproom at the Eagle and Child was so dark and smoky you could bring a rhinoceros in and nobody would notice unless it offered an untoward literary opinion. But on a recent spring night, the joint is bright, the air is clear and the mysterious Brian Bilston, a literary light of considerable wattage, nurses a pint of Hobgoblin Gold, unrecognized and happily anonymous.

Bilston’s witty, accessible, surprising verse has been likened to Banksy’s street art—satirical inversions of the status quo. The near rhyme, straggling line and wry take on modern life have made him Twitter’s most celebrated new poet. He’s also its most faceless. “Brian Bilston is a nom de plume I hide behind,” he says, lubricating the idea with Hobgoblin.

No less an eminence than Ian McMillan, England’s beloved Bard of Barnsley, has called him a “laureate for our fractured times.” Elegant as algorithms and topical as skin ointments, Bilston’s poems appear online as tweets, flowcharts, Venn diagrams, Scrabble boards, Excel spreadsheets and unwatered Christmas trees that dry up at the base and shed their word needles. An ingenious critic of absurdity, he takes aim at targets from LinkedIn to Penguin Awareness Day. His most powerful piece, “Refugees,” can be read backward to subvert the angry rhetoric of Europe’s migrant crisis.

In an era of total electronic recall, when every move is detailed on social media, Bilston inhabits a liminal space between spotlight and shadow. His avatar is a black-and white portrait of a smug academic, his gaze implacable, his pipe billowing smoke—a likeness his alter ego looks nothing like. In real life, this out-of-work marketing executive is a self-effacing father of three who laughs easily and often. “I struggle to regard myself as a poet,” he concedes. “I spend more hours doing laundry than writing poetry.”

He’s partial to cryptic crosswords, the doggerel of Ogden Nash and titles like “No, You Cannot Borrow My Mobile Phone Charger.” “I’m not particularly keen on abstract poems so willfully opaque that they can only be enjoyed by other poets or academics,” he says. Bilston might as well be deconstructing the appeal of his own verse when he says his favorites “all have a magical blend of poignancy and accessibility. And they make me laugh.”

In his tweet-length poems, he juggles entendres: “you took / the last bus home / don’t know how you got it through the door / you’re always doing amazing stuff / like that time / you caught a train.” But the playful needling becomes a skewer in his longer fare.

thank you
for your seal of approval

I hope this will now lead
to the removal

of your sea lion
of stricture

and walrus
of disapprobation

Throughout history, pseudonymity has had many uses—whether allowing the likes of Mary Ann Evans (“George Eliot”) and the Brontë sisters (“Acton, Ellis and Currer Bell”) to transgress the gender conventions of their day or J.K. Rowling (“Robert Galbraith”) to “publish without hype or expectation.” For Bilston, it gives him a sense of freedom.

Still, it’s somewhat ludicrous, says Bilston, to be famous-ish when no one knows who you actually are. The World Economic Forum has offered to make him its poet in residence, and a debut collection of his poems, the crowd-funded You Took the Last Bus Home, is due out in October. Is he tempted to cut it loose and publish under his own name? “I shall stick with anonymity,” he says, firmly. “I couldn’t bear the indifference that any unmasking might provoke." 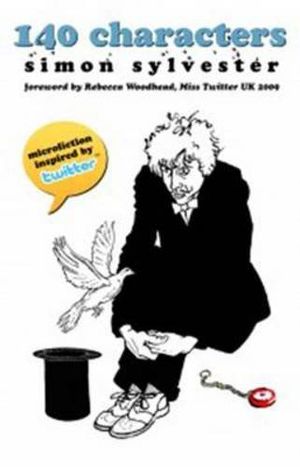