Frank Lloyd Wright may be the only architect, dead or alive, who is truly a household name. And rightly so. Fallingwater, the Guggenheim New York, Taliesin - these structures are master pieces of design. But Wright was prolific and produced many lesser known but still incredible works, such as the buildings on the campus of the Florida Southern College, which has the largest collection of Frank Lloyd Wright buildings in the world. With its 12 Wright designs, the campus is a virtual musuem of architecture, and was recognized as such just two years ago when it was made a National Historic Landmark. The Annie Pfeiffer Chapel is the crown jewel of the FSC campus and, after 70 years, some new technologies are being used to polish it up.

The story of the campus begins in 1938. Wright was 70 years old and at the peak of his fame. Fallingwater had been recently completed, and Wright's visage adorned the  January 17 cover of TIME magazine. In April of that year, the president of Florida Southern College, Dr. Ludd Spivey, approached Wright and offered him the chance to redesign the entire campus. Intrigued by the opportunity, Wright sealed the deal with a handshake; two years later, shovels were in the dirt. Completed in 1941, the chapel was the first and most important building on the campus. It's the focal point of a larger plan that was designed to embody Wright's idea of an "indigenous" American Modernism - one based on specific regional qualities and traditions that stood in contrast to the uniformly austere Internal Style Modernism proliferating throughout Europe. It was also intended to embody the beliefs of the university, which, under Spivey, was an intellectual leader in modern Protestant theology. Spivey and Wright were of like minds in many ways, both at the forefront of their fields. Following Wright's model of educaiton at Taliesin, the chapel was built using primarily student workers.

The primary material used in its construction was an ornamental cement block that Wright developed, using local sand made from crushed oyster shells. The blocks are complex pieces laid dry and fit together with locking grooved edges that hold structural reinforcing. It was an experimental process that required much trial and error but ultimately yieled the indigenous character that Wright so valued. The chapel was built from 6,000 of these blocks, in 46 different designs, with each design requiring a unique hand-made wood mold. Partly due to their experimental nature, and partly due to the ravages of time, these blocks need to be replaced. Grants from the Florida Division of Historical Resources and the National Park Service are now making that possible.

Creating new molds for these complex bespoke building blocks is an delicate process that requires skilled artisans, a sadly disappearing breed. In the absence of artisanal mold-makers, we have 3-D printing. And in what may be one of the more useful implementations of the technology I've seen, restoration architects are creating block molds with 3-D printers, which have proven to be faster and cheaper than making new blocks by any other method. Additionally, in keeping with Wright's original design, nearly 2,000 colored glass tiles were created and inserted into the block walls.

The Annie Pfeifer Chapel has often been compared to a Gothic Cathedral, not in its style, but in its spirit and and inventiveness. As Wright himself wrote: "The Gothic era is past, and with it should go its architecture. Yes, it's good-bye to Gothic—as a style. But not to its spirit of reverence for beauty. That shold be expressed in new styles attuned to the new day, using steel, concrete, glass, and other modern materials." That attitude continues to this day as we add 3-D printing to the list of modern materials.

Jeff Baker, the architect in charge of the project, describes the restoration as a "milestone not only in restoration of Frank Lloyd Wright buildings on the FSC campus, but also for similar textile block projects designed by Wright and other architects throughout the nation." So while this may be the first time this increasingly versatile technology is used to restore a Wright building, it won't be the last. 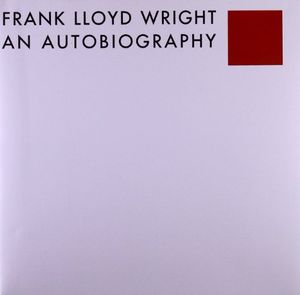