The most frustrating aspect of being a film fan is not being able to see the movies you read about. So when a remarkable home movie becomes available, grab the opportunity to see (or record) it.

This Saturday morning, June 30, at 2:15 a.m. Eastern time, Turner Classic Movies is showing Multiple SIDosis, a 1970 short by the amateur filmmaker Sid Laverents. The occasion is a rare screening of Laverents' remarkable autobiographical film The Sid Saga (1985–2003), a four-part account of his career as a vaudeville performer, salesman, aviation engineer, and amateur filmmaker. (Turner will be broadcasting the first three parts along with the short.) 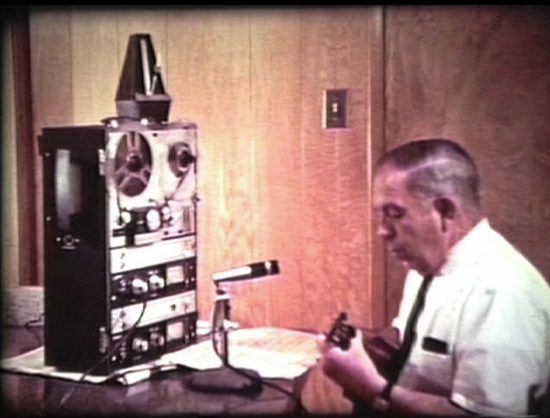 The term "amateur filmmaker" may seem demeaning today, but when movies started, everybody was an amateur. By the 1920s, the film industry was over 30 years old, with established production and distribution processes. An alternate system of educational and instructional films had developed as well. The home movie market was also an important source of revenue for Kodak. Amateur films, an offshoot from home movies, became an increasingly respectable niche. They were shown in film clubs and art galleries, and were celebrated in magazines like Movie Makers and Creative Art. 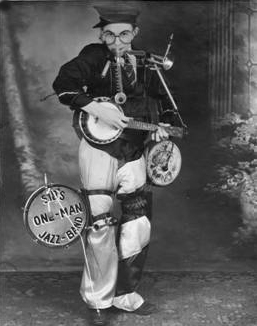 "Amateur films" became a catchall phrase that included a wide variety of titles, from documentaries to fiction and animation. Literary adaptations (The Fall of the House of Usher, 1928), abstract experiments (The Life and Death of 9413 A Hollywood Extra, 1928), landscape essays (Cologne: From the Diary of Ray and Esther, 1939)—all were "amateur" not because they lacked artistic merit, but largely because they were difficult to see in commercial theaters.

Born in 1908, Sid Laverents had lived several full lives before he bought a Bolex 16mm camera in 1959 to film a vacation in Canada. He screened his footage for the San Diego Amateur Film Club, founded in 1949. Over the next few years Laverents made industrial and promotional films, as well as Snails (1966), an educational film that was purchased by the California Department of Education for use in classrooms.

In 1964 Laverents filmed The One-Man Band, which recreated his vaudeville act and acted as a sort of warm-up for Multiple SIDosis. A dazzling display of double-tracking, the film shows Laverents playing the pop chestnut "Nola" on banjo, ukulele, bottles, jaw harp—all at the same time. Through double-exposures, up to eleven Sids appear on the screen, an effect achieved in camera rather than with an optical printer. Trust me, it's an incredibly complicated maneuver, and one mistake means you have to start all over again.

Like Alfred Hitchcock, Laverents loved solving technical problems, but Multiple SIDosis is much more than a puzzle film. An inveterate performer, Laverents was also a canny one, and he learned over the years how to entertain a wide variety of people. He went to the trouble to invent different characters for each musician in Multiple SIDosis, changing his hair, clothes, even donning Mickey Mouse ears at one point. 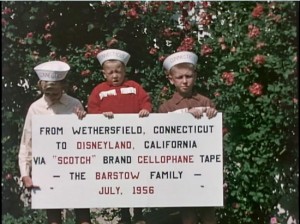 The Barstow children in a scene from Disneyland Dream.

Multiple SIDosis was named to the National Film Registry largely because of Melinda Stone, an amateur film expert. "I just started hounding people, calling the Smithsonian, calling the Getty, just anybody I knew who had an interest in folk-film culture," she said later. Film preservationist Ross Lipman oversaw the restoration and blow-up to 35mm of both Multiple SIDosis and the first three parts of The Sid Saga. Laverents succumbed to pneumonia in May 2009.

Robbins Barstow was another amateur named to the National Film Registry, for his movie Disneyland Dream (1956). Born in 1920, Barstow started making movies at the age of twelve. When he was 16 years old, and already a member of the Amateur Cinema League, he made Tarzan and the Rocky Gorge, a 12-minute film that showed his grasp of composition, editing, and structuring scenes.

A husband and father of three, Barstow worked for 34 years as a director of professional development for the Connecticut Educational Association. He also continued to make movies. Disneyland Dream came about as the result of a 3M "Scotch Brand Cellophane Tape" contest, for which his son Danny won the family a trip to California. Barstow built a narrative structure around the trip, then filmed it as a story, not as a travelogue, turning his family into characters and inserting shots that commented on their behavior. 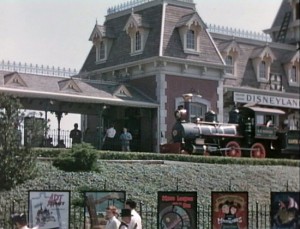 Comedian Steve Martin believes he is the man wearing the hat at the bottom of this frame from Disneyland Dream.

Barstow shot on 16mm until 1985, when he switched to 8mm and then to video. When converting his old 16mm films, he added soundtracks and narrations. Over seven decades he amassed more than a hundred productions.

Disneyland Dream was named to the National Film Registry in 2008. By that time Barstow had been championed by Northeast Historic Film and Home Movie Day, among others. Barstow died in 2010 at the age of 91.

Many of his films are available at the Internet Archive, an invaluable resource that has a large collection of home movies. Among these: works by railroad buff Fred McLeod, watchmaker Stanley Zoobris, and Wallace Kelly, whose Our Day was also named to the National Film Registry.