For most of my life and career, I have straddled what C.P. Snow famously called civilization’s “Two Cultures” – science and literature. The books below reflect this perspective, as they include scientifically informed fiction and literately crafted non-fiction about science. I get to read a lot of books over the year: As an avid cyclist blessed with a 12-mile “rail-to-trail” bike path that runs from a few blocks from my home down to the Smithsonian offices at the National Mall, I get several hours of audiobook reading on my commute. The books below represent some the most enriching, mind-expanding journeys I’ve had this year. 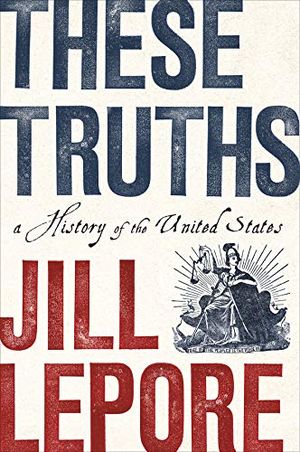 These Truths: A History of the United States

For someone like me, who has been steeped in science journalism for decades, the opportunity to dig deeply into the 400-year-history of the United States — from the first colonists to the 2016 election — in a single volume, was a dream come true. Jill Lepore, a professor of history at Harvard and staff writer for The New Yorker, tells a sweeping, engrossing and even-tempered tale of a nation driven by two separate, paradoxical and intertwined paths: the powerful, innovative quest for freedom from tyranny, and the shameful treatment of America’s indigenous peoples, the institution of slavery and the mistreatment of minorities. These two strands continue to reverberate today, and Lepore leaves us with the question of what kind of America we want for the future. 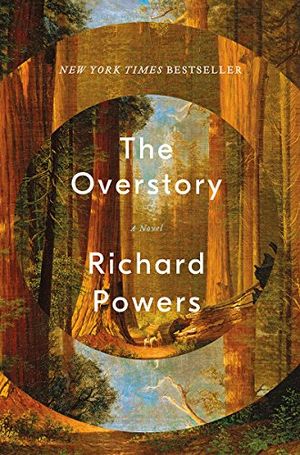 The Overstory: A Novel

Richard Powers writes spectacular novels that are often woven with a deep layer of science and technology at their core. His books have had as their backdrop nuclear warfare, genetics, music, artificial intelligence, virtual reality, chemistry, and in his 2006 National Book Award-winning The Echo Maker, neuroscience. His latest book, The Overstory, is a vast tapestry that involves nine main characters and covers more than a century, yet the true heroes of the story are...trees. As the novel relates (through a main character who bears a striking resemblance to plant scientist Hope Jahren, who authored the wonderful memoir, Lab Girl) trees are ancient, incredibly complex organisms: They mark time, take care of their offspring and relatives, and send chemical alerts to each other in response to an invasion by pests. At the same time, trees have been the backbone of human existence, providing food, shelter, tools, and transportation from the beginning. Power’s ambitious, monumental novel details how, via deforestation and climate change, this human/tree relationship has now become frayed. You’ll never look at a tree the same way again. 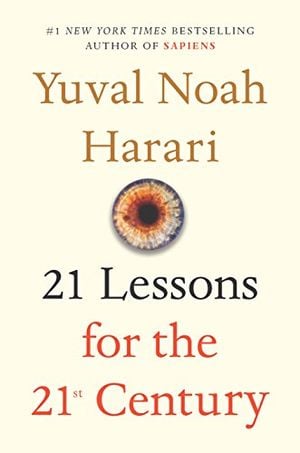 21 Lessons for the 21st Century

With his best-selling books that told the story of the human past (Sapiens: A Brief History of Humankind) and future (Homo Deus: A Brief History of Tomorrow), Yuval Noah Harari has become an intellectual touchstone for the likes of Bill Gates, Mark Zuckerberg and Barack Obama. In his new book, Harari tackles the present, this time applying the lessons of the past to the near future, from immigration to war to democracy to so-called “learning machines” — artificial intelligence — whose rapid growth in intellectual power could potentially render much of the human population “obsolete.” His solution? Getting yourself ready for continual reinvention, by unplugging from technology and embracing the real world around you. 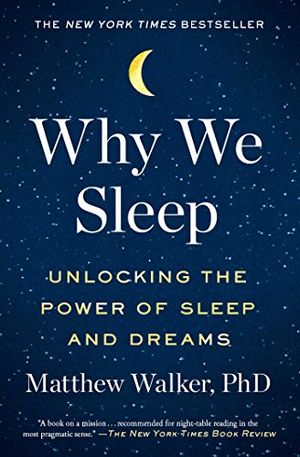 Why We Sleep: Unlocking the Power of Sleep and Dreams

Want to have a big impact on your mood, weight, productivity and nearly every aspect of your health without drugs, therapy or expensive tools? Get more sleep. In his book, Matthew Walker, the head of Berkeley’s Sleep and Neuroimaging Lab, shows how a lack of sleep, which he says has reached “epidemic” national levels, dramatically affects the body and mind. More important, he gives scientifically backed advice on how you can sleep better (hint: turn off those screens!). 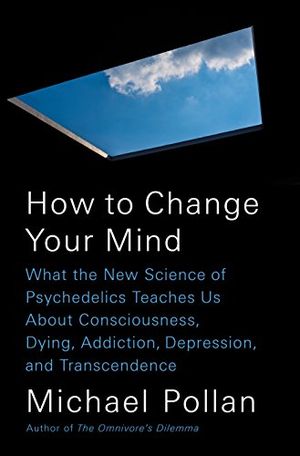 How to Change Your Mind: What the New Science of Psychedelics Teaches Us About Consciousness, Dying, Addiction, Depression, and Transcendence

Born “too late” to be part of the drug-infused hippie scene of the 1960s, Michael Pollan, the best-selling science/food writer (The Botany of Desire and The Omnivore's Dilemma) takes readers on a journey that is part history, part science, and part personal discovery. It’s a lively tale filled with wry observations — Timothy Leary probably did more to harm the LSD movement than to help it — and fascinating explorations of the neuroscience that makes psychedelics so mind-altering. As he experiments on himself, Pollan tells the story of how the drugs are quietly making their way back into mainstream health and mental care. 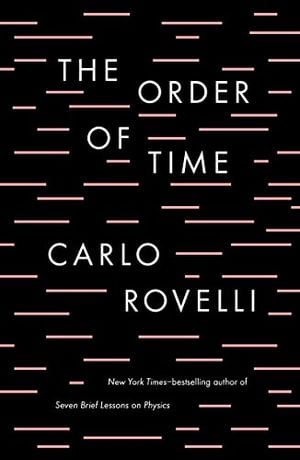 The Order of Time

Time doesn’t stand still: Clocks tick, the Earth moves around the Sun, and we age second by second. However, as Carlo Rovelli points out in his engaging book, time isn’t really a universal thing. As Einstein theorized, and has now been proven by experiments with super-precise atomic clocks, time actually proceeds more slowly at sea levels than in the mountains, for example, and a jet pilot who spends a lot of time at supersonic speeds will actually age more slowly than an Earth-bound identical twin. Yet in physics, says Rovelli, whose Seven Brief Lessons on Physics became a best-seller several years ago, time really doesn’t exist at all. The book is science writing at its best, as it unravels and reveals the deep underpinnings and amazingness of something everyone usually just takes for granted. 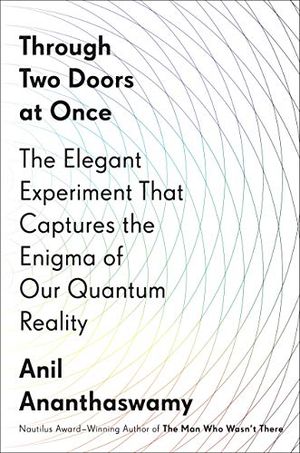 Through Two Doors at Once: The Elegant Experiment That Captures the Enigma of Our Quantum Reality

Nobel Laureate Richard Feynman once said that a single experiment “has been designed to contain all of the mystery of quantum mechanics.” The experiment he is referring to is simple: Shine a light beam at a metal plate with two tiny, parallel openings in it, and it will produce a pattern of interference on the wall, suggesting that light is made up of waves. Reduce the light beam to shooting a single photon at a time, and the photon hits a detector like a billiard ball, suggesting that light is made of particles. Yet multiple single-photon shots add up to a pattern of interference—suggesting that the light particle is somehow interfering with itself. What’s going on? In this book, science writer Anil Ananthaswamy gives an absolutely mind-boggling tour of how quantum physicists try to explain this “reality” that one of the most powerful scientific models of our era, which has proven extremely accurate, doesn’t actually make any realistic sense to us mere mortals. This includes the idea that when a single photon passes through the slit, it creates an alternate universe in which one version of it goes through one slit, and another version of itself in another universe that goes through the other slit. Sounds crazy, but in fact there’s an app for that. 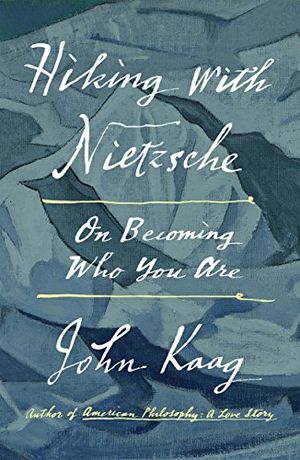 Hiking with Nietzsche: On Becoming Who You Are

Can philosophy serve as part of the “self-help” genre? According to John Kaag, professor of philosophy at the University of Massachusetts, Lowell, Friedrich Nietzsche was more interested in “terrifying” people than soothing their souls. But as Kaag points out in this combination of personal memoir, exploration of Nietzsche's work, and biography, philosophy can serve as a deeply personal, rather than merely academic, journey. Retracing Nietzsche's footsteps in the Swiss Alps, where the philosopher wrote many of his most important works, Kaag reveals how he himself came of age and coped with multiple challenges throughout his life, with Nietzsche as his guide. 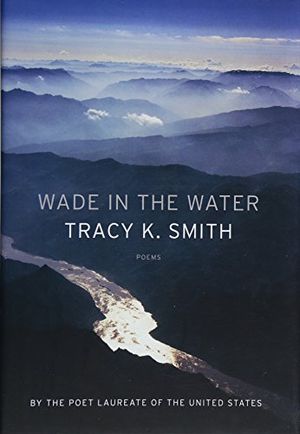 Wade in the Water: Poems

Tracy K. Smith, the current poet laureate of the U.S. (and one of this year’s “Smithsonian Ingenuity Award” winners), won a Pulitzer for her 2016 book Life on Mars, which features science-themed poems evoking her father’s career working on NASA’s Hubble Space Telescope. With Wade in the Water, Smith turns her attention to, among other things, the unheard voices of African-Americans in the Civil War and racism and injustice against refugees in today’s America. Her use of the poetic technique known as “erasure poems” takes existing texts and deletes words to give the originals new meaning. Others poems evoke her young daughter, a chemically polluted river and a pair of bikers from the Hell’s Angels. All of this hints to our collective future. As she writes in her poem “Eternity,” “all of us must be / Buried deep within each other.”

William Allman is the chief digital officer of the Smithsonian’s Enterprise group, and leads the editorial, marketing and technology teams that create Smithsonian.com. Allman spent the first part of his career as a journalist covering science and technology for magazines before moving into the digital media arena. He has written two science books, Apprentices of Wonder: Inside the Neural Network Revolution and Stone Age Present: How Evolution Has Shaped Modern Life—From Sex, Violence and Language to Emotions, Morals and Communities.