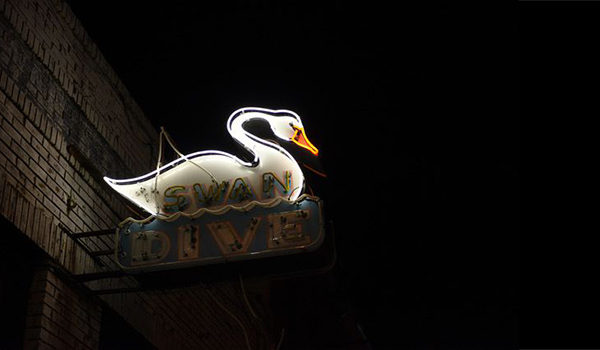 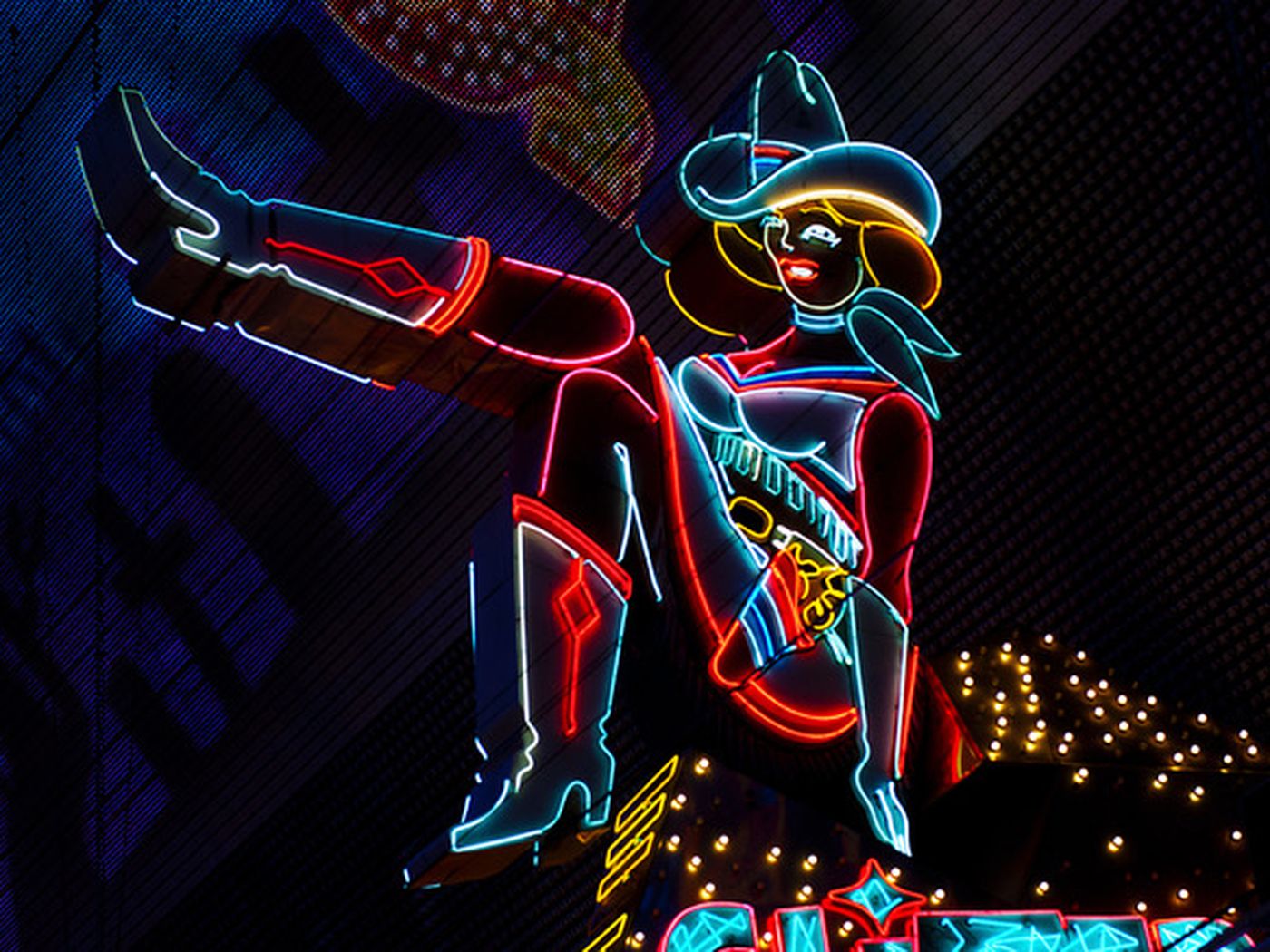 For two-and-a-half years, photographer John Barnes crisscrossed the nation in an RV, all in an attempt to capture as many neon signs as possible on his digital camera. During his multi-year road trip, he traveled through 38 states and took more than 35,000 photographs documenting this important piece of vintage Americana. He was then faced with the arduous task of culling down his digital album to about 500 shots, but only a portion of those images would make it into his soon-to-release book.

Called Neon Road Trip, the comprehensive book is awash in neon-bright reds, greens, yellows and blues. The collection of photographs serves as a time machine transporting readers back to the mid-20th century when neon signage illuminated the highways and byways across America. In 1898, two British chemists by the names of Sir William Ramsay and Morris William Travers were credited for discovering the four gases that would eventually be used to create neon signs: neon, krypton, xenon and argon. However, it would be French inventor and engineer Georges Claude who would be the first person to take their discovery a step further and create the first neon lamp, which he presented to the public at the Paris Motor Show in 1910 and received a U.S. patent in 1915. The technology spread across the United States, where businesses, from the 1920s to the 1960s, touted signs made with the "liquid fire."

Neon lost its luster later in the century, as cities banned it for being overly gaudy, people moved to the suburbs, and cheaper, plastic signage gained popularity. But, in recent years, neon has experienced a renaissance, with vintage lovers restoring old signs and turning their collections into museums that can be enjoyed by all.

Smithsonian magazine spoke to Barnes about his upcoming book, the history of neon and a few of the best places in North America to see neon in all its glory.

I was in college getting my BFA in photography [in the 1970s] and taking some documentary photography classes. I was living in Sacramento, California, and the Sacramento city council was considering a law that would ban neon signs [for being gaudy]. When I read that, I figured they were all going to go away, so I started traveling around the city at night photographing neon signs. Shortly after that I met [neon artist and author of the book Let There Be Neon] Rudi Stern, who pretty much revived the whole idea of neon as an art form. For my senior show for my BFA, I did 40 prints of neon signs. Over the years I’ve been photographing neon whenever I see an interesting sign. Back in the 1970s, city cores were dying, and [the disappearance of neon signs] was one of the symptoms.

What Sacramento ultimately did was ban the animated signs, the ones that look like things are moving, but they didn’t ban all neon.

What caused neon signs to start disappearing across the United States?

First of all, to repair a neon sign is time consuming and expensive. And, depending on where you were, there might not even be any repair shops. The other thing going on at the same time was it was pretty much the advent of plastic signs, where you could have these vacuum-formed signs that were cheap to make and maintain.

We’re currently in a renaissance with neon signage making a comeback. What do you think caused this?

What are some of the most iconic signs around the country that people can see right now?

I think probably the most iconic is the martini sign in Las Vegas down in the old Fremont area. You also see a lot of neon in Miami’s South Beach, but mostly as architectural accents. The Pike Place Market sign in Seattle is a very iconic one, and of course Radio City Musical Hall in New York City is about as iconic as you can get. [In] smaller cities, [there are] not as many left anymore. Vancouver, British Columbia, at one time had about 19,000 neon signs, but today there might be 25. What you’re seeing now are a lot of smaller signs that I wouldn’t consider iconic.

Las Vegas is often the first city people think of when it comes to neon. Can you name a few other places where neon signs are a common sight?

That’s actually not true. What started the book project was I went to Las Vegas for a wedding and my friend and I went to the Neon Museum. I’m looking around the boneyard [where old signs are laid to rest] and going, 'Wow, this is where all the signs are.' That night I went out looking for neon signs, and there’s probably only about half a dozen to a dozen lit neon signs left in Vegas. Most of the signs you see in Vegas now are LED. But there are pockets that you’ll see in Seattle, Los Angeles, Austin and San Francisco. 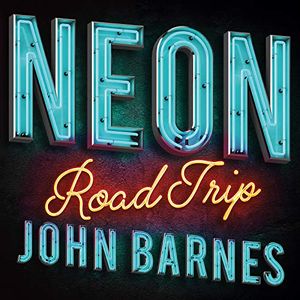 Neon Road Trip chronicles the history of the commercial neon sign with a curated collection of photographs capturing the most colorful and iconic neon still surviving today.

Some of the best places to see an abundance of neon signage all under one roof are museums. Here are a few of the most comprehensive examples across the United States and Canada.

Easily the best-known neon museum in the country, the Neon Museum is home to a collection of hundreds of both refurbished and untouched neon signs from Vegas’ colorful past, including signs from former casinos like Sahara and Stardust, as well as other iconic Sin City establishments. While many of the pieces are no longer illuminated, such as dozens of signs resting in the Insta-friendly boneyard, the galleries do contain pieces that are lit.

Founded by two artists in 1981, MONA "encourages learning, curiosity and expression through the preservation, collection and interpretation of neon, electric and kinetic art." In the 39 years since it opened, it has become a go-to for interactive activities central to the craft of neon, including immersive neon-making classes and bus tours around the valley stopping at signs that remain in use.

Open 24/7, this is more of an outdoor light display than an actual museum, but it is still worth a visit while strolling through the Canadian city’s downtown. The display stretches a city block and contains about 20 restored neon signs from former local businesses.

One of the newer neon museums in the country, Ignite Sign Art Museum started out in 2018 as a small collection but has gradually amassed to include dozens of signs that once illuminated this desert city, including a massive cowboy hat advertising Arby’s roast beef sandwiches. It also hosts classes where students can construct their own neon signs in just two hours.

At one time Vancouver basked in the glow of more than 19,000 neon signs, but that number has dropped to double digits today. Neon enthusiasts can see pieces of the past, particularly signs from local businesses that were around between the 1950s through 1970s, in a gallery dedicated to neon located inside the Museum of Vancouver.

The American Sign Museum spans 100 years of American sign heritage and has one of the most comprehensive collections to show for it. The sprawling 20,000-sqaure-foot space includes everything from pre-electric signs adorned in hand-painted gold leaf to some of the earliest examples of neon signage, including a giant Sputnik-like sign for the Satellite Shopland strip mall.