The Danube has many faces. In Roman sculpture, it is distinctly male, represented as the wise, bearded river god Danubius. But elsewhere the river is female, an embodiment of grace and beauty. A statue at the river’s source, in the town of Donaueschingen in Germany’s Black Forest, depicts her as a young maiden standing next to her mother, looking wistfully downstream. The mother—representing here the Baar, a plateau whose waters feed the Danube—shows her daughter the direction she must follow, to the east. Flowing, misted, shape-shifting, the Danube takes its character from the people and places it passes on its 1,770-mile course.

The river wears different colors, depending on the eye of the beholder. Johann Strauss II composed “The Blue Danube” waltz in 1866, to lift his fellow Austrians out of the gloom that descended on the country after losing the Seven Weeks’ War with Prussia. For the Bulgarians, it’s the White Danube. A main tributary, the Tisza, rises in Ukraine as two rivers—the Black and the White Tisza—while sand stirred up along the riverbed prompts the Hungarians to call it the Blonde Tisza. On a certain stretch of the Danube near Ram in Serbia, I saw its waters turn pure silver.

This is a broad-minded, multicultural river. It brushes against ten countries and drains another nine. (By contrast, another mighty river, the Volga, is longer than the Danube at 2,290 miles, but crosses and drains just Russia.) Since the beginning of historical time, traders and migrants, mercenaries and adventurers have followed the Danube into the heart of the continent, carrying goods, ideas, and innovations.

The arts of metallurgy and agriculture, brought to Europe by settlers from Anatolia around 5000 b.c., traveled upriver. Later the Turks brought new trees, flowers, fruits, and vegetables to the lands they conquered in eastern Europe. Western ambassadors in Constantinople, astonished by the gardens there, gathered seeds and bulbs and carried them home. The most famous such import was the tulip.

The Turks also brought chili peppers, which spread from the New World through the Ottoman Empire in the 16th century to Hungary, where they were used to make paprika. When Hungarian chemist Albert Szent-Györgyi discovered ascorbic acid (vitamin C) in the early 1930s, he extracted it from peppers planted by the Ottomans. There is now a popular paprika museum beside the Danube in the Hungarian town of Kalocsa. In the 19th century, Bulgarian gardeners grew peppers on a large scale, and also introduced melons, pumpkins, and cauliflower to Hungary. At Csepel harbor in Budapest, a “Dock of the Bulgarian Gardeners” is named in their honor.

Those who live along the Danube’s banks, or ply its waters, try to gauge its temperament. The river takes so long to gather melting mountain snows—from Albania in the south to Switzerland in the west, and above all from the horseshoe -shaped Carpathians in the center and east—that its waters are usually highest in summer. The fishermen of the Szigetköz region of Hungary used to say that if there is fog on the Danube in March, there will be floods 100 days later, at harvest time. Yet the capriciousness of the river should not be underestimated. Mild much of the year, it can turn wild unexpectedly.

“Contrary to our expectations, the wind did not go down with the sun,” wrote the American author Algernon Blackwood, whose short story “The Willows” depicts a canoeing trip downriver of Bratislava in the early 1900s. “It seemed to increase with the darkness, howling overhead and shaking the willows round us like straws. Curious sounds accompanied it sometimes, like the explosion of heavy guns, and it fell upon the water and the island in great flat blows of immense power. It made me think of the sounds a planet must make, could we only hear it, driving along through space.”

In 1726, the Habsburg general and geographer Count Luigi Ferdinando Marsigli published a magnificent investigation of the geography and natural sciences of the Danube, mapping every twist in the river’s course from its source all the way to Ruse in Bulgaria. To study his maps today is to discover the gurgling hinterland which gave birth to the river eons ago. Today’s Danube, straightened to improve shipping and reduce flooding in the 19th and 20th centuries, is sterner, with a more singular sense of purpose.

The hydroelectric energy generated by the upper Danube in Germany and Austria played a vital part in the industrial recovery of both countries after the Second World War. (Nearly 60 dams are built along the first 600 miles of the Danube in Austria and Germany.) But the economic benefits of hydropower entailed environmental costs. In the 21st century, a new focus is on repairing the damage.

In the Wachau Valley, between Melk and Krems in Austria, a local entrepreneur named Josef Fischer breeds the rare Huchen, the Danube salmon. Tanks in his garden contain about 10,000 glimmering fish, including many just a few months old and others who sired them all. What started as a hobby—Fischer earns his living as a winemaker—now draws most of his enthusiasm. There’s just one downside, he says: He loves his fish so much he can’t eat them anymore.

Fischer now reintroduces his fish to the Danube instead, presenting new difficulties. The salmon need to migrate, and their way upstream is blocked by dams. One solution under consideration in many places, already tried successfully at Melk, is to carve a channel through the bank next to the dam, allowing the fish an alternative route. Because of the difference in the height of the water, the engineering challenge is to slow the river enough to give the fish a chance to fight the current.

Nearby at Schönbühel, an oxbow in the river has been restored. Six weeks after that project was completed in 2006, nearly 40 species of fish were counted in this sidearm of the river that had been starved of water for a hundred years. The fish had survived in small numbers in the main river. The restoration of the oxbow provided a safe place, at last, for the fish to multiply.

Four capital cities, Vienna, Belgrade, Bratislava, and Budapest, stand beside or astride the Danube. In the Naschmarkt, the traditional market of Vienna, many of the vendors, as well as the goods for sale, have made their way upriver from the east. A man from Samarkand sells wanderbrot, a bread or cake made with dried fruits and nuts. There are wines from Romania and Bulgaria, and caviar from the Caspian Sea. (In Roman times, when sturgeon were plentiful in the Danube, caviar was a poor man’s food. Now it sells for thousands of dollars a pound.)

The museums of Novi Sad and Belgrade, overlooking the Danube in Serbia, are richly endowed with swords used in the battles between Christian Europe and the Ottoman Empire. The alliances between sultans and kings, both by marriage and agreement, receive less mention. Serbia in the 15th century struggled to keep its independence between the powerful Ottoman Empire and the Kingdom of Hungary. Around 1432 the Serbian despot Durad Brankovic married his younger daughter Katarina to Ulrich II of Celje, a close ally of the Hungarians. Three years later he sent his older daughter Mara to marry the Turkish Sultan Murad II. That won him just five years of peace.

Downriver from Belgrade—at Vinča, Lepenski Vir, and Kladovo—the traces of astonishing Copper Age civilizations of the lower Danube Valley are carefully preserved in figurines and animal-headed pots. Archaeologists are still trying to decipher symbols and letters—evidence of what some regard as a “Danube script,” older than Sumerian—found carved into stones or painted on pots in the cliffs at Vinča. At Lepenski Vir, 54 huge egg-shaped stones carved with human or fishlike features were discovered in the 1960s by the archaeologist Dragoslav Srejovic. They are still known by the names he gave them: Danubius, Fairy Man, Deer in the Wood, and Last Sight.

At the Iron Gates gorge, the Danube cuts a path between the Carpathians and the Balkan Mountains. This is one of the most dramatic stretches of the river. In communist times, Romanians risked their lives to swim across the narrow, fast-flowing waters to Yugoslavia, sometimes under fire from border guards. A hazardous track leads down from the road to the Ponicova Cave on the water’s edge. That was the most popular spot to start from. Further east, the construction of the Iron Gates Dam in 1968 eventually caused the beautiful island of Ada Kaleh, a former Turkish enclave, to become submerged. The people were forced to leave, and the huge carpet which once lined the floor of the mosque, a gift from Sultan Abdul Hamid II in 1903, was transferred to the Great Mosque in Constanţa on Romania’s Black Sea coast, where some former islanders went to live.

From near Vidin in Bulgaria, the Danube forms the border with Romania. Here the river is wider and wilder, more prone to flooding than upstream, and speckled with islands. At Belene, beyond a high security prison and the site of an abandoned nuclear power station, rare birds shelter in an archipelago of 20 or so islands. White-tailed eagles and pygmy cormorants are safe from the depredations of man. Volunteers help dismantle dikes built by prison camp inmates in communist times. Periodic, controlled flooding has encouraged the return of whiskered terns, mistle thrushes, purple herons, and mute swans. Here, as in the Danube Delta, a wilderness eradicated in much of western Europe is being restored. 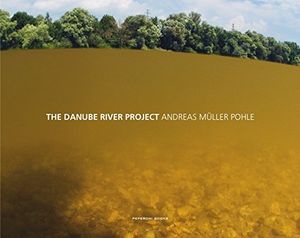 Nick Thorpe is a writer, BBC correspondent, and filmmaker who has been based in Budapest for three decades. He is the author of The Danube: A Journey Upriver from the Black Sea to the Black Forest, and ‘89: The Unfinished Revolution.