When Michael O’Neill was wheeled into surgery in 2000 to have calcified nerves removed from his spine, he had no idea how yoga would save him. Neurologists told him the next day that he’d never again be able to use his right arm—a limb that had helped earn him a 35-year career photographing presidents, celebrities and wildlife. To cope with the shock, he began meditating, and practiced yoga and hydrotherapy to strengthen and heal his body. Within a year, he’d regained movement in his arm.

That reversal of fortune inspired a decade-long quest to investigate and pay tribute to the practice of yoga—to capture its essence from its most legendary teachers. O’Neill spent cold nights under the stars in the Himalaya. He bathed in the Ganges during the Kumbh Mela festival and helped sadhus rub ash on their skin. On numerous trips to remote mountain villages, port cities and other parts of India, he photographed the people and scenes that now make up the pages of On Yoga: The Architecture of Peace, published by Taschen in October 2015. “I see these teachers as heroes,” says O’Neill. “I want people to understand them better through the photographs.” 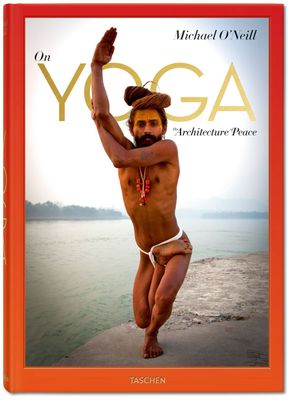 On Yoga: The Architecture of Peace

This extraordinary body of work tells the story of yoga as it’s never been told before, with nearly 200 photographs, most of which have never been seen.