Iceland’s Christmas Book Flood Is a Force of Nature 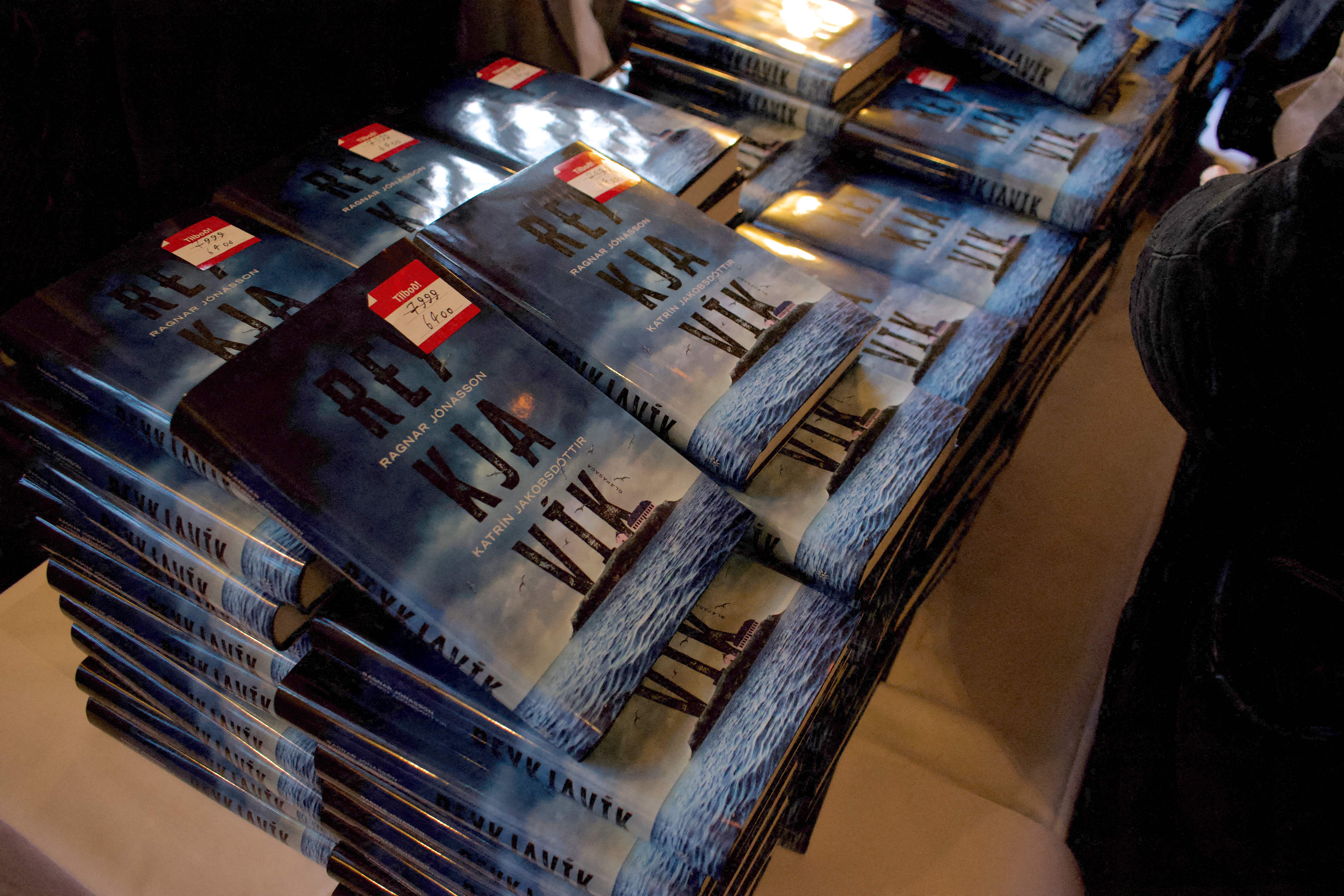 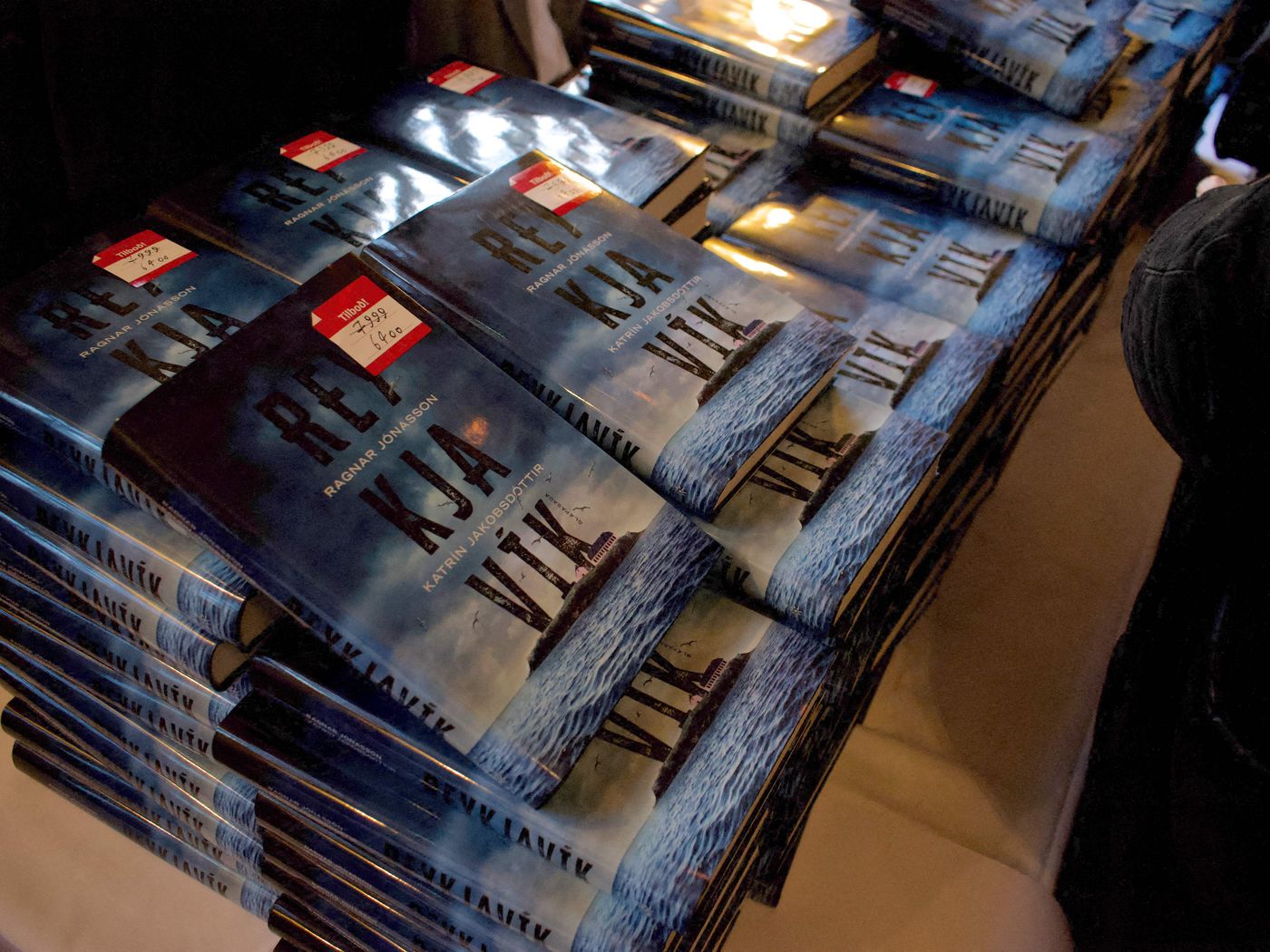 Signed copies of the thriller Reykjavik, co-written by Iceland's Prime Minister Katrín Jakobsdóttir and Icelandic author Ragnar Jonasson, one of the most popular crime writers in the world, are pictured during the official release of the book in Reykjavik, Iceland, on October 25, 2022. Jeremie Richard/AFP via Getty Images

Bibliophiles the world over cherish the legend of Jólabókaflóð, Iceland’s “Christmas book flood” in which publishers release new titles in time for the holidays. As the story goes, each and every citizen of the remote, ultra-literary nation then gifts and receives books. After they unwrap presents with family and friends on December 24, they curl up with steaming cups of hot chocolate and read long into the subarctic night.

Now, Icelanders the country over don’t all partake in those rituals, but the Jólabókaflóð and the traditions it illustrates aren’t fiction, either. “As with all generalizations about nations and their traditions, there’s a grain of truth to it, but it’s not that simple,” says Gréta Sigríður Einarsdóttir, editor of Iceland Review, the longest-running English-language magazine focused on the country. The real story unfolds like this.

Since the 12th century, writers have been recording the history of Iceland. That literary history first took the form of sagas—rollicking, poetic accounts of Iceland’s earliest inhabitants and rulers that were composed centuries later by mostly unknown authors. Iceland’s initial independence—and the Icelandic Commonwealth that began when its Alþingi, or national legislature, was established in 930—ended in the late 13th century when it fell under Norwegian and eventually Danish rule. The stories its people composed and told each other of those early and relatively prosperous centuries were points of light in the darkness of the brutal colonial era that followed. The Little Ice Age, a catastrophic cooling of the North Atlantic region that caused crop failure, starvation and pandemics, and lasted for hundreds of years, decimated the population again and again. Resources were limited and scarce, and most families practiced subsistence farming in near solitude. “The very survival of this isolated people during the misery of the five centuries circa 1300-1800 has sometimes been attributed to the sustenance provided by their history, poetry and literature,” wrote sociologist and Iceland scholar Richard F. Tomasson in “The Literacy of the Icelanders,” a paper published in the journal Scandinavian Studies in 1975.

The sagas are particularly notable because they were written in the vernacular. “Icelanders’ dedication to writing—and reading—their own (hi)stories in their own language, even when they were an impoverished Danish colony in the hinterlands, is part of the reason the language flourishes today,” writes Larissa Kyzer, an Icelandic-to-English literary translator, in an email. Modern Icelandic is the living language closest to the Old Norse that Scandinavians spoke a thousand years ago, and an estimated 97 percent of Iceland’s population of around 370,000 people speak it as their mother tongue today.

After what scholars call Iceland’s “classical period,” or the early Middle Ages in which saga authors focused on early history and mythical tales of the Norse gods, literature began to reflect the growing influence of Christianity as well. Iceland adopted the religion by law in the year 1000. Missionaries began to teach Icelanders the Latin alphabet so they could proliferate religious texts in their own language, and the first book in Icelandic—a translation of the New Testament—was printed in 1540.

A healthy writing habit led to a culture of readers. Starting in the Middle Ages, Icelanders practiced something called the kvoldvaka (roughly, “night vigil”) in old farmsteads. During the long, dark, harsh winters, poor farmers huddled together in a single room in their turf houses to stay warm. “The kvoldvaka was the time between 6 and 10 p.m., roughly, when people would do their indoor work during the winter,” explains Alda Sigmundsdóttir, a writer and the founder of Little Books Publishing in Reykjavík. “They’d do their knitting, they’d make their tools, they’d work the wool—and during this session, there would be one person appointed to read to everyone else.”

In those evening hours, children learned to tell, recite and read stories (teaching children to read, in fact, was required by both the church and the government). As Tomasson noted in “The Literacy of the Icelanders,” by the end of the grueling 18th century—when a smallpox epidemic killed as much as a third of the population and a volcanic eruption that lasted for eight months killed another fifth of the population and most of the livestock—nearly every surviving Icelander could read.

Prior to the 20th century, “Christmas gifts used to be something useful, such as clothes or extra food,” says librarian Ingibjörg Steinunn Sverrisdóttir at the National and University Library of Iceland. Modern, international conflict would usher in new holiday traditions.

The Jólabókaflóð traces back to Iceland’s transformation in World War II. In 1944, Iceland was a newly independent nation with a beleaguered wartime economy and 15,000 occupying Allied troops. “Because of the bad economy and depression, there were quotas or very strict restrictions on many things you could import,” says Heiðar Ingi Svansson, president of the Icelandic Publishers Association, an organization founded in 1889 that oversees the industry, promotes literature and awards annual literary prizes (announced each December and presented by the president of Iceland each January). “And that limited very much the selection of commodity goods that you could choose as Christmas gifts. But paper was one of the few commodities not rationed during the war—so paper was imported to produce books that were written and then printed in Iceland.” That fortuitous supply—and an infusion of occupation-related money—dovetailed beautifully with Icelanders’ literary leanings.

For the 1944 holiday season, the Icelandic Publishers Association created the first Bókatíðindi (roughly, “book news”), a catalog listing every book published in Icelandic that year; copies were distributed free to every household in the country so shoppers could select titles for their families and friends.

Books were a wartime holiday hit, and they remained popular in the years and decades to come. A new edition of the Bókatíðindi has been printed and distributed every year since 1944. “Some marketing geniuses learned very quickly that a book was the ultimate Christmas gift,” Sverrisdóttir says. “Not so expensive, handy, easy to wrap and [satisfies] a thirst for new tales. And [it can] be used again and again.”

Publishers, in turn, recognized that coordinating costly hardcover releases to meet seasonal demand enabled them to maximize royalties and turnover, and to avoid the risk of surplus inventory. Christmas-season sales of mostly printed books now account for 40 percent of annual book sales; widen that lens to the four months nearest the holidays, Svansson says, and they represent half of Iceland’s book sales each year. In Iceland’s contemporary publishing market, he explains, holiday-season hardcover success can make or break authors. “The reason the book industry exists is the Christmas book flood,” he says. “If you succeed there, that’s the core” of your success in Iceland.

In October, then, the literary community girds itself for acute seasonal bookishness. Bookstores, coffee shops and schools host appearances and readings; some enterprising authors go to workplaces and do lunchtime readings from their books. “There is a lot of hype around what books are coming out, and this extends into social media,” Kyzer says. “Facebook is still the major platform in Iceland, and come the book flood season, it is absolutely awash in invitations to book events, shared and reshared literary reviews and segments on ‘Kiljan’ [a long-running TV program about literature that features criticism and interviews with authors], updates about the current holiday best-seller rankings, and more.”

The 2022 edition of the Bókatíðindi with 682 titles was released November 15, and a searchable version is available online. “The top of the iceberg, and what always gets the most attention, is new titles by Icelandic authors—and it’s a good year,” Svansson says. The Icelandic Publishers Association produced 100,000 copies of the catalog—and its digital iteration seems unlikely to supplant the analog version soon. “On Facebook, there were people in the north part of Iceland saying, ‘I haven’t received my copy and I am talking to the postal service!’ Sometimes it amazes me, the demand from people just waiting for this catalog to arrive,” Svansson adds.

A recent Center for Icelandic Literature survey of more than 1,400 Icelanders found that they read an average of 2.4 books per month, nearly a third of the population reads every day, and more than a third have used library services in the last 12 months. Reykjavík became the fifth UNESCO City of Literature in 2011, and Iceland is consistently ranked among the most literate countries in the world, based on metrics like achievement tests as well as characteristics like average total years of schooling and publications and libraries per capita.

“We are a culture that’s obsessed with storytelling. It’s a national pastime,” says Baldur Bjarnason, an author and researcher who has written about the Icelandic book industry. “Meetings in Iceland tend to go over because everybody starts to tell a story or an anecdote at the drop of a hat. When an Icelandic parent asks their kid what happened at school today, they’re going to get a story with a beginning, middle and an end, probably with a climax and a turning point somewhere. Storytelling is how we process life.”

The Jólabókaflóð is part of what enables Icelanders to continue to publish their stories in Icelandic. “Because so much of regular people’s holiday gift budget goes to books, a lot of money gets pumped into the literary ecosystem. That means that a lot more books are published in Iceland than there would be otherwise, which means there is much greater literary variety than would be expected of a country that size,” Icelandic poet, author and translator Kári Tulinius says. He notes that those conditions parallel those that gave rise to the sagas, when rich Icelanders helped fund the production of books, “possibly mainly as gift objects.” “Though today this is more democratic,” he adds.

Does that contemporary echo of the kvoldvaka reverberate in Icelandic homes on Christmas Eve, though? How many of the far-flung country’s 370,000 inhabitants are tucked beneath reading lights?

“I think this tradition has been somewhat romanticized for the benefit of foreign book lovers, but it is still a thing,” Kyzer says.

Fellow translator Brian FitzGibbon offers a slightly different take: “It isn’t so much an outsiders’ romantic idea about Icelandic literary culture as a nostalgic image Icelanders themselves are keen to project both to the outside world and themselves.”

Perhaps both versions are correct; as an unknown author put it in the Saga of Grettir, a tale is but half told when only one person tells it.

Lauren Oster is a writer in New York City.