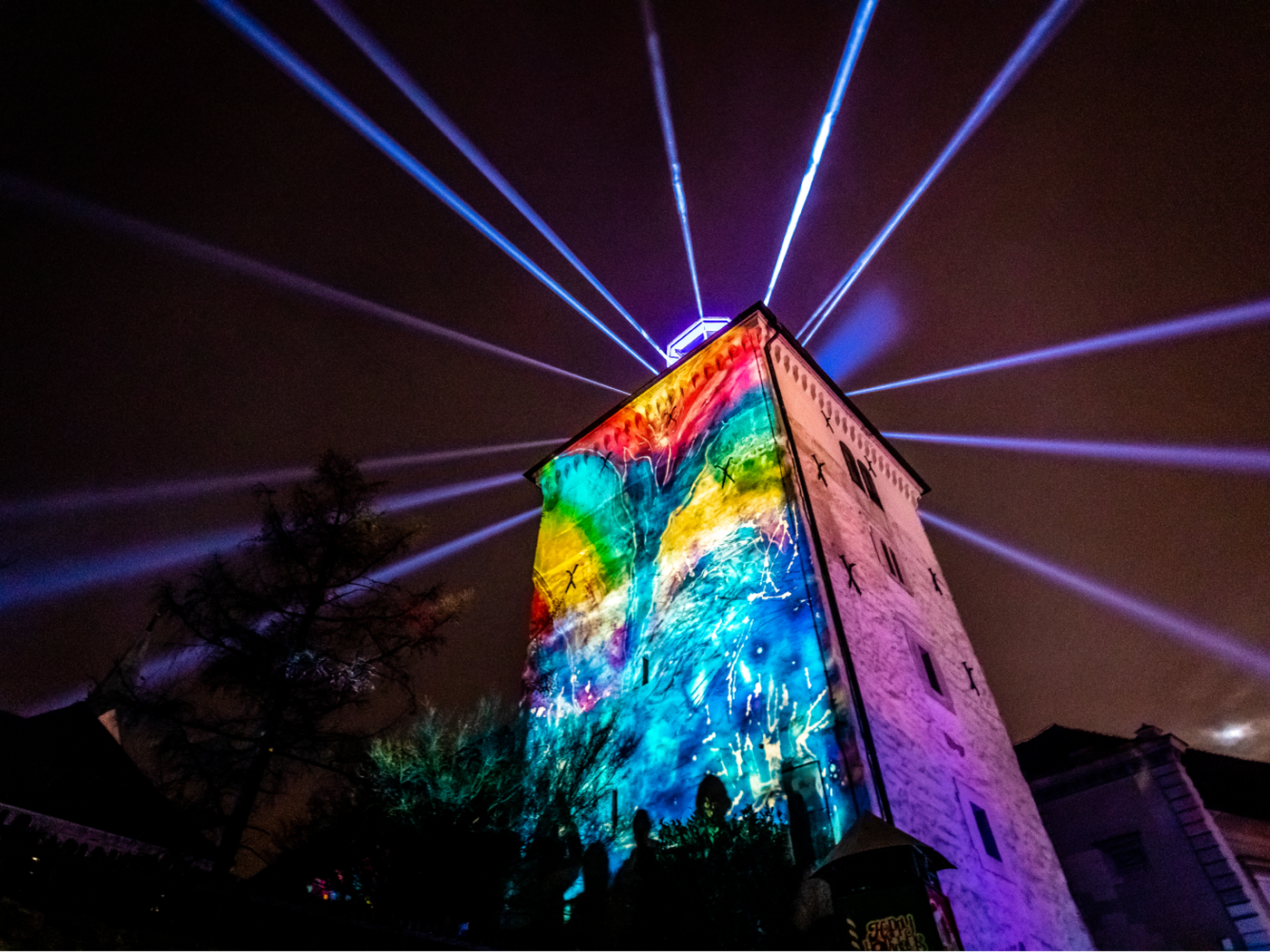 On a simple walk through Zagreb’s picturesque city center, a perfect paradox may strike at any moment. Here, the cosmopolitan buzz of the city is undeniable—with a population of nearly one million, the city swirls with energy as the scientific, economic and political center of Croatia, yet the cobblestone streets and monuments proudly testify to the city’s thousands of years of history. While Zagreb is the country's present-day capital, it’s sat at the center of Croatian culture for far longer—nearly 10 centuries, to be exact. Today, interpreting Zagreb’s vast and storied cultural heritage and history has never been more thrilling, with new technologies facilitating an electrifying intersection of the past and the present. From reconstructed medieval castles featuring cutting-edge exhibition spaces to public squares and cathedral façades transformed into the backdrop for a futuristic light show, read on to discover the ways Zagreb is giving a modern flare to its vibrant cultural heritage.

On the southern slope of Mt. Medvednica, just miles north of Zagreb’s city center, lies a 13th-century fortress that, until recently, had fallen into a state of disrepair. Throughout history, the mountain, and by proxy the fortress, maintained a strategic position leading it into a constant state of turmoil as powerful lords vied for the reigns by any means necessary, including marriage propositions, sales—even conspiracies. To this day, the mountain maintains an air of mystery and is riddled with beloved tales and folklore. Finally, the fortress was abandoned at the end of the 16th century after a devastating earthquake demolished much of its structure, leaving it untouched until 1979 when castle conservation efforts began in earnest. Today, the fortress has been reclaimed as a site for historical exploration and transformed from ruins into the immersive Medvedgrad Visitor Center.

The center welcomes visitors with three innovative and award-winning multimedia museum exhibits, starting with an enormous three-story mural featuring animations, sounds, and special effects that bring the nearby forest’s plants and wildlife to life. Stepping into the tower’s basement, the visitor is led into the story of the mountain’s geological past. With the assistance of 3D displays, the exhibition compels visitors to not take the mountain and its miracles (like its numerous species of endangered bats) for granted. On the upper platform, visitors can not only encounter stunning views of the surrounding area, but also listen to tales of the legendary Black Raven. And, with a state-of-the-art shadow theatre, visitors can learn stories of witches, fairies, and the famed Black Queen. All exhibition content was crafted around universal values, ensuring that all visitors will connect deeply with the interpreted heritage.

In 2017, Zagreb debuted its first ever Festival of Lights. Since then, the multi-day event has become an annual celebration of spring's imminent arrival. During the festival, Zagreb’s centuries-old architecture, monuments, streets—even the sky itself!—take on a new life as the canvas for a ground-breaking new artistic discipline: light art. The medium, no longer constrained to museum walls, transforms the city into the canvas for an immersive art experience. As visitors walk through the city, buildings and courtyards become living museums marrying the spellbinding-beauty of Zagreb’s cultural heritage with the technology, vision, and artistic talent of today.

Each year, artists from both across Croatia and the world, install upwards of 30 installations throughout Upper and Lower Town. In past years, artists have used traditional media along with new technology or new approaches to tell enchanting stories. In 2022, filmmakers Ana Hušman and Ivan Marušić Klif produced Super Women and Their Stories, a 15-minute film highlighting the important and inspiring women in Croatia’s history through their personal stories. During the festival, the film was beamed against the side of a building, providing viewers with a visual reference for the scale of their impact. Across the city, Zagreb’s cultural institutions also join in with groups like the City Drama Theatre Gavella, offering live performances, or the Zagreb City Museum paying homage to Croatian opera singers with a light and music attraction.

The event—equal parts art, design and spectacle—will offer visitors an opportunity to look at the world from a new perspective.

As the days of summer wane and the air takes on the unmistakable crispness of autumn, Zagreb’s latest arts program, Artupunktura, provides an infusion of creativity, aimed at awakening the city's vital energy. Like the age-old traditional Chinese healing practice, which seeks to alleviate pain by addressing specific points on the body, Artupunktura treats Zagreb as a living, breathing organism. Through joint artistic activities at specific locations across the city, Artupunktura's unique programming provides an injection of art, relieving stress and fostering inclusion and collaboration between numerous cultural and artistic groups.

In its inaugural year, Artupunktura featured participants from over eight arts organizations and galleries with more than 20 “points” to explore. At Gallery Rally, visitors could enjoy an interactive viewing session, complete with a symbolic diploma. Eight young artists collaborated with 36 Mountains Studio to create a piece with a new narrative on living, working and creating in Zagreb. And the group, “Art & The City—The Art Has Spoken”, turned the city into an open-air gallery, replacing billboard advertisements with contemporary works of art. This year, the initiative has gained even more momentum—visitors should expect to see more than 20 destinations featured.

The best way to experience Artupunktura is organically: visitors can make it a point to explore specific installations or simply see where the day takes them, walking through Zagreb’s historic streets in search of the city’s past, present, and future.

As a city with centuries of history, Zagreb is continuously finding new and innovative ways to celebrate its cultural heritage with a contemporary flair—from breathing new life into ancient ruins with cutting-edge interactive exhibits, to using its buildings, monuments, and streets as a backdrop for contemporary art.