How One Englishman’s ‘Grand Tour’ Helped Crack the Hieroglyphic Code At the turn of the 19th century, Napoleon’s armies uncovered a remarkable object near the Egyptian town of el-Rashid: a large, gray slab containing three blocks of the same text in three different scripts: Greek, Ancient Egyptian cursive and the yet-untranslated hieroglyphics. Known as the Rosetta Stone, this trilingual slab presented an unmatched opportunity to unlock the stories of the Ancient Egyptians. In the two decades following the discovery, Thomas Young, an Englishman, would go on to deduce part of the hieroglyphic alphabet and Jean-François Champollion, a Frenchman, to decipher the ancient language. However, none of their work would have been possible were if not for the travels of a lesser-known figure: a young Englishman named William Bankes.

Bankes was ready to leave early 19th-century London. While his father wanted him to pursue a career in politics, Bankes’ true passions were art and architecture. He could read Latin and Greek, was an accomplished artist and draftsman, and was fascinated by the discoveries being made in Egypt and the Middle East. Bankes was also gay, and London was not a safe place to be a homosexual at the time. One year, 21 young men were sentenced to death merely for having indecent thoughts. Conveniently, part of a wealthy Englishman’s education involved making a "Grand Tour" of Europe, the Middle East and Africa. Fueled by a love of antiquities and fleeing a homophobic culture, Bankes set out to Italy, Greece, Egypt and the Holy Land from 1815-1819. He made two trips to Egypt, during which he would make three significant contributions that would lead to the decipherment of hieroglyphics and open a new porthole into the past.

His visit to the island temple of Philae in 1815 set the wheels of decipherment in motion. Built over a period of three centuries during the Greco-Roman period, Philae was known as the “Jewel of the Nile” and a must-see for every traveler passing through in the 19th century. Today, the temple rests a half-mile away from its original location, moved by UNESCO during the middle of the 20th century due to rising waters caused by the Aswan High Dam. There, a 20-foot tall obelisk and pedestal, inscribed with hieroglyphics and Greek, caught Bankes' eye. Sensing its importance, he enlisted Italian strongman and antiquity hunter Giovanni Belzoni to ship it to his estate in London, where it still stands.

As it turns out, this wasn’t just any bilingual obelisk. Recognizing the names of Ptolemy V and Cleopatra in Greek as well as two cartouches indicating proper names among the hieroglyphs, Bankes contacted Thomas Young, an English scholar who had deciphered the cartouche of Ptolemy from the Rosetta Stone. Deducing that the other was that of Cleopatra, Young made a huge breakthrough, adding the letters “A” and “R” to the hieroglyphic alphabet and identifying determiners for female queens, goddesses and princesses. Still, the full puzzle of the Rosetta Stone remained unsolved.

Bankes’ trip to the Temple of Abydos and Abu Simbel in 1819 would fill in the gaps. Bankes had visited the temples in 1815, but found them covered in sand and vowed to return with a team some years later to investigate the site. Today visited by millions, the Temple of Abydos was then a remote destination, requiring Bankes’ team to transfer ships and traverse the desert. After clearing sand from the temple, Bankes made a remarkable discovery. The walls were filled with inscriptions, comprising the longest list of pharaohs ever discovered in near perfect condition. Naming it the Hall of the Ancients, he and his team began copying the king list. Bankes immediately sent a copy to Young, who was able to decipher more names of pharaohs and extend the alphabet.

At this time, Champollion had entered the race to decipher hieroglyphics. Only nine years old when the Rosetta Stone was discovered, Champollion was a prodigy of languages whom Joseph Courier, one of Napoleon’s savants, sought out. Both Courier and Young shared their findings with the Champollion. Yet, the friendship between Champollion and Jean-Nicolas Huyot, architect of the Arc de Triomphe, would prove to be the missing puzzle piece.

Huyot was a member of the team Bankes hired to copy inscriptions at Abu Simbel and other sites, and he brought his drawings with him when visiting Champollion in the early 1820s. Huyot first showed Champollion a cartouche from Abu Simbel. From it, Champollion deciphered the letter “M” and connected the symbols to King Ramses, known from classical sources. With this new letter, he deduced that a second cartouche belonged to the King Tothmosis. Saying “Tothmosis” aloud, he had an epiphany: the Ancient Egyptian “MSS” resembled the Coptic Egyptian word for birth, mise. The names didn’t just have phonetic values, he realized, but spelled out words with meaning. Overwhelmed with emotion, he rushed to his brother’s house and fainted. Five days of bedrest later, the scholar read aloud all of the words he had deduced from the Rosetta Stone, listening for Coptic matches.

Champollion had cracked the code, becoming the first man in 2,000 years to read hieroglyphs. He published his findings in 1824, and hieroglyphs soon transformed from mythical, religious texts into detailed historical records. Now antiquarians could deduce that Abu Simbel was built by Ramses II and that its walls contained scenes of the king at the 1275 BC Battle of Kadesh. They deduced that the figures in the Temple of Abydos depicted Ramses II and his father Sedi I reading the names of all the kings before them to ensure they had what they needed in the afterlife. More than a century later, they would learn that King Tut’s father voiced monotheism in the 14th century BC.

While the evidence in support of Champollion’s findings was overwhelming, Champollion's publication was met with much resistance, as it challenged the widely held view that Greece was the origin of civilization. More specifically, acceptance required colonial Europe, champion of white supremacy, to admit that an African civilization created works of art and voiced monotheism thousands of years before Europe had Christianity or writing. These remarkable windows into history were all made possible by the discoveries and connections made on William Bankes’ Grand Tour.

This article is adapted from the "Decoding the Secrets of Hieroglyphics" video series by The Great Courses Plus.
Click here for more stories and start your free trial today!

Where are the artifacts now?

See William Bankes' drawings and travel manuscripts at the Dorset History Centre in Dorchester, England, which is working in partnership with the National Trust at Kingston Lacy and the Priest’s House Museum to uncover details of the Bankes' family archive. 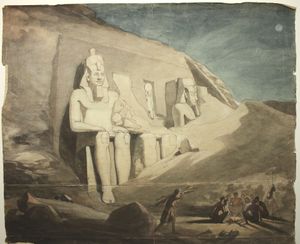 Kingston Lacy, Bankes' estate in Dorset, houses his art and antiquities collection, including a substantial amount of Egyptian artifacts. The bilingual obelisk that Bankes found at Philae takes center stage in the gardens. 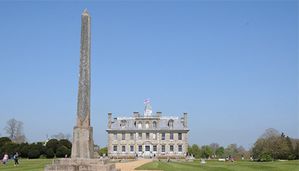 The British Museum in London has been home to the iconic Rosetta Stone, from which Young deduced the hieroglyphic alphabet and Champollion cracked the code, since 1802. It is also home to a partial king list from Abu Simbel. While the king list in the temple of Sety I at Abydos was complete and remains in the temple, Bankes uncovered five fragments of a similar list from the temple of Ramses II, which came into the museum's possession in 1837. 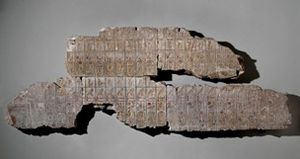 Upon his death, Jean-Nicolas Huyot donated a large collection of his drawings and plans to the National Library of France. 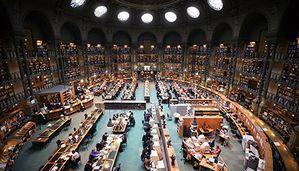 The Musée Champollion in Figeac, France, is dedicated to the discoveries of Jean-Francois Champollion and built on the site of his childhood home.