In July 2020, ahead of the period of time when Mars and Earth are at their closest, the UAE will launch its first Mars orbiter mission 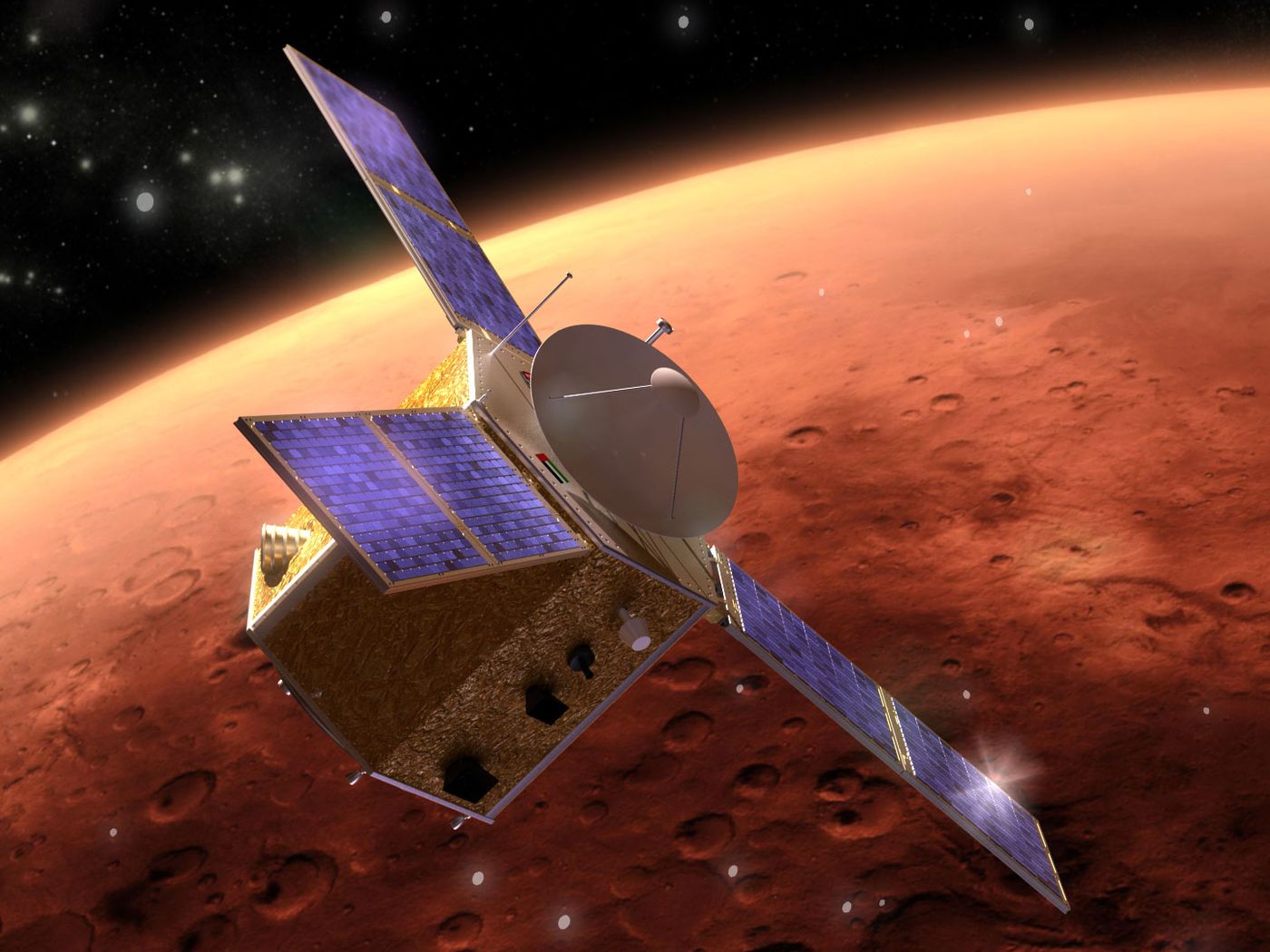 On May 25, 1961, President Kennedy, in a passionate speech to Congress, tasked the nation with putting a man on the moon. The following year, in front of 40,000 people at Rice University, he reiterated this national priority: "We choose to go to the moon," he said. "We choose to go to the moon in this decade and do the other things, not because they are easy, but because they are hard." Known as his “moon shot” speech, it captivated the imagination of a nation and set the United States on a path of unprecedented technological innovation.

Just seven years later, with hundreds of millions of people around the world watching, the astronauts of Apollo 11 made the world’s first moon landing, ushering in a new era of space exploration. Over the next three and a half years, 10 more astronauts from the Apollo program would do the same. Gene Cernan, who commanded the final Apollo mission, left the moon with these parting words: "We leave as we came and, God willing, as we shall return, with peace, and hope for all mankind."

Today, the United Arab Emirates has set similarly ambitious sights–this time, on Mars. In July 2020, ahead of the period of time when Mars and Earth are at their closest, the UAE will launch its first Mars orbiter mission.

Expected to enter the Martian atmosphere in 2021, the same year that the UAE celebrates its 50th anniversary, the Al Amal, or “Hope,” probe will provide the first holistic look at the Martian climate. Equipped with a powerful digital camera, as well as infrared and ultraviolet spectrometers, it will study the Red Planet throughout daily and seasonal cycles, allowing the UAE and global science community to search for connections between Mars' current and ancient climates and better understand how atmospheres evolve. It will also be the Arab world’s first mission to another planet.

“For the UAE, this is the Arab world’s version of President John F. Kennedy’s moon shot—a galvanizing vision for the future that can engage and excite a new generation of Emirati and Arab youth,” said UAE Ambassador to the United States Yousef Al Otaiba during the Embassy’s National Day celebration in 2015.

The Hope probe, also known as the Emirates Mars Mission, comes on the heels of rapid innovation in the UAE space sector over the past decade. Founded in 2014, the UAE Space Agency has channeled $6 billion into space-related investments and set the country on the path to become a world leader in space industry. This past October, the first UAE-built earth observation satellite, KhalifaSat, launched into space. Prior to KhalifaSat, the country collaborated with South Korean firm Satrec on the launch of two earth observation satellites, DubaiSat-1 and DubaiSat-2.

In September, former pilot Hazza Al Mansouri (with Sultan Al Neyadi training as his alternate) will become the first Emirati to travel to space during an eight-day mission to the International Space Station (ISS). He will also be the first Arab to go to the ISS. The mission will include carrying out 15 experiments on behalf of the Mohammed bin Rashid Space Center (MBRSC) and giving a tour of the ISS in Arabic for viewers on Earth.

Since the UAE’s founding, space has been a part of the national agenda. Throughout the 1970s, the UAE's late founder Sheikh Zayed bin Sultan Al Nahyan maintained a keen interest in space exploration and met with several astronauts from the Apollo missions. In 1973, President Richard Nixon gifted Sheikh Zayed a sample of moon rock collected during the Apollo 17 mission, which now resides in the Al Ain Museum and is labeled “as a symbol of the unity of human endeavor.”

On a recent trip to DC, UAE Minister of State His Excellency Zaki Nusseibeh shared a memory of Sheikh Zayed watching live TV coverage of the Apollo 11 moon landing. While most of their companions were incredulous, Sheikh Zayed was transfixed. “You must believe it possible,” he said. “Man can do anything he puts his mind to, since it is God’s Will that guides him in his every endeavor.”

Half a century later, the Hope probe marks a major milestone for Mars exploration, and the UAE’s entrance onto the world stage of space exploration.

Early on, the UAE recognized the importance of involving international partners, including the University of Colorado, Boulder’s Laboratory for Atmospheric and Space Physics, University of California, Berkeley’s Space Sciences Lab and the Arizona State University's School of Earth and Space Exploration. Emirati scientists and engineers will work together with international partners involved in this project. After collecting information from the probe, the Emirates Mars team will collaborate with more than 200 academic and scientific institutions around the world and share the data for free.

Currently, more than 70 Emirati scientists and engineers, almost all of whom are under 35, are working on the mission. That number is expected to grow to 150 by 2020. "This approach ensures that the mission will leave behind a valuable and enduring legacy in the form of human capital: a generation of experienced scientists and engineers trained and inspired by the Mars mission,” says MBRSC.

Beyond inspiring the UAE’s next generation, the mission is sending an important message of possibility and hope to youth across the Middle East. “The UAE Mars mission serves as much more than a scientific and technological breakthrough. It’s a signpost for future generations—both in the UAE and across the region—that says anything is possible,” says Al Otaiba.

Her Excellency Sarah Al Amiri, UAE Minister of State for Advanced Sciences and Deputy Project Manager of the Emirates Mars Mission, echoed this sentiment in a 2017 TEDx Talk. “We are going above and beyond the turmoil that is now defining our region and becoming positive contributors to science,” she says. “Science to me is the most international form of collaboration. It is limitless. It is borderless. And it’s run by passions of individuals for the benefit of human understanding."

Looking ahead, the UAE has announced its plan to build a habitable settlement on Mars by 2117, and last year signed a letter of intent with NASA for cooperation in advancing human spaceflight. While the road to Mars is a long one, with the support of the international community, the UAE is poised to define the future of space exploration and carry forward the ethos of “hope for all mankind.”