10 Reasons to Make Abu Dhabi Your Next Travel Destination 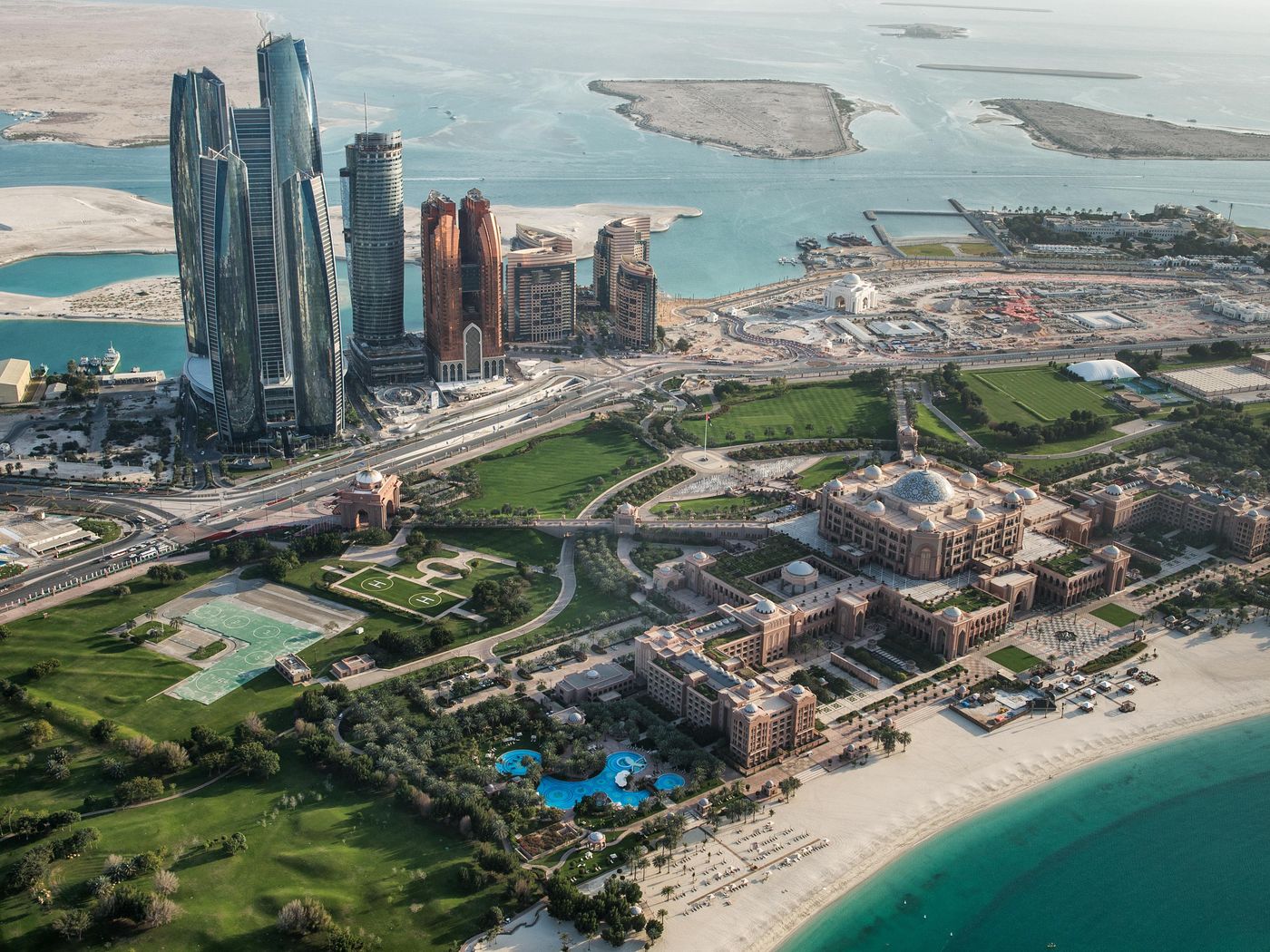 Stretching from the Arabian Gulf coast to the heritage heartland of Al Ain and the magnificent desert landscape of the Al Dhafra Region, Abu Dhabi comprises 80 percent of the United Arab Emirates. Between its natural islands and luxury resorts, shifting sand dunes and cool oases, the emirate holds something for every traveler. What's more, the city of Abu Dhabi, located just an hour and 20 minute drive from Dubai, was recently named the safest city in the world by Numbeo's Safe City Index. One day you could be touring world-class museums; the next, watching falcons hunting in the desert. Here are ten reasons why you need to make Abu Dhabi your next travel destination.

Built in honor of the UAE's founder Sheikh Zayed bin Sultan Al Nahyan, Sheikh Zayed Grand Mosque is a true reflection of Arabian splendor. With the capacity for an astonishing 40,000 worshippers, it is the largest mosque in the UAE and one of the largest in the world. 82 domes and more than 1,000 columns adorn the structure, and reflective pools amplify its beauty. Inside the main prayer hall hangs the world’s largest hand-knotted carpet and one of the world’s largest chandeliers, weighing in a twelve tons. As the sun sets, a unique lighting system reflecting the phases of the moon transforms the mosque’s white and gold accents. It's no wonder Sheikh Zayed Mosque was voted the world’s second most popular landmark attraction in TripAdvisor’s 2017 Travelers' Choice Awards.

Opened November 11 on Saadiyat Island, the Louvre Abu Dhabi is the Arab World’s first universal museum. Designed by French architect Jean Nouvel, its layout resembles an Arab medina, and the dome casts an enchanting ‘rain of light’ inspired by the shadows of overlapping palm trees in the UAE’s oases. Spanning from ancient times to present day, the collection will celebrate cultural exchange and diversity.

An Abu Dhabi icon, the 114-dome Emirates Palace spans over half a mile from wing to wing and amazes visitors with its opulence. During the day, the hotel’s golden-sandy color stands in contrast with its lush green gardens, silvery water fountains and the blue sky above. By night, the hotel’s lighting changes, featuring a rainbow effect over the central dome. Inside the main palace building, gold, pearl and opal designs abound, and more than 1,000 chandeliers hang from the ceiling. Especially memorable are the two handmade wall display carpets portraying the palace and each weighing a ton.

Originating with the Bedouin tribes, falconry remains an important part of UAE culture, and the Abu Dhabi Falcon Hospital is one of the best places to observe these legendary birds. The world’s largest and most advanced falcon hospital, it also features a museum and space where the birds fly free. On your guided tour, visit the wards where the birds are kept, gain insight into the desert sport of falconry, and try your hand at the pursuit in the facility's gardens.

5) Experience what it’s like to be a racecar driver

Experience the thrill of driving on a racetrack in the car of your dreams. At the Yas Marina Circuit, one of the world’s most advanced Formula 1® circuits, Yas Racing offers a number of day track experiences to suit all tastes. Test the limits of your own car during Track Day, or hop in to a race-worthy Mercedes or Formula Yas 3000. Coaches are on hand to help you reach heart-racing speeds, whether you opt for the driver or passenger seat. You can even register for a racing license course.

One of the world’s oldest permanently inhabited settlements, Al Ain is a Unesco World Heritage city. Encompassing seven oases, the city also abounds with picturesque forts. Erected in 1891 to defend the city and protect precious palm groves, Al Jahili Fort is one of the UAE’s most historic and features a stunning collection of photographs by British adventurer Sir Wilfred Thesiger from his 1940s crossings of the Rub Al Khali desert. The redeveloped Al Qattara Fort is another must-see. Now home to an arts center and gallery, it offers hundreds of modern exhibits as well as workshops ranging from pottery to painting, music and calligraphy.

7) Spend a night amid the dunes

For some of Abu Dhabi’s most incredible and dramatic scenery, head inland to Al Dhafra Region. Set in the middle of the Rub al Khali, the largest uninterrupted sand mass in the world, Qasr Al Sarab Desert Resort by Anantara is the ideal place from which to explore this landscape. The hotel’s desert experiences include dune dawn walks, camel trekking, campfire barbecues and heart-pounding dune drives known as "dune bashing."

Spanning more than half of Sir Bani Yas Island, the Arabian Wildlife Park is home to more than 10,000 free roaming animals. Spot giraffes at eye-level from the viewing platform, or head deeper into the park on a wildlife drive. Guests of the boutique Desert Islands Resort and Spa by Antara can take 4X4 Nature & Wildlife Drives of the park in specially made vehicles, and Danat Resort Jebel Dhanna offers a three-hour tour. Arabian oryx, gazelles, hyenas and cheetahs are just some of the species you’re bound to see.

In Abu Dhabi, hospitality is a lifestyle. The warmth of welcome and generosity that emerged from encountering travelers in the desert generations ago is very much a part of life today. From the serving of Arabic coffee and dates, to falconry, camel racing and Ayala folk dancing, or "stick dancing," Abu Dhabi’s culture is awash with fascinating stories, crafts and traditions. Be sure to attend the annual Qasr Al Hosn Festival in February. Spanning ten days and taking place on the grounds of Qasr Al Hosn, the symbolic birthplace of Abu Dhabi, it celebrates the emirate's best traditions.

Stroll through one of the world's most innovative cities, or take a tour in a driverless vehicle. Masdar City broke ground in 2008 with the visionary goal of becoming the world's most sustainable city and a model for how urban centers worldwide can dramatically reduce energy and water usage. At the city's center lies the Masdar Institute of Science and Technology, a research university dedicated to ground-breaking research in the fields of renewable energy and sustainability. Cutting-edge companies dedicated to the same goals can tap into university resources to help bring much needed sustainability solutions to life. The city is still being built, with new businesses and facilities being added every day, making this an exciting time to visit and gaze into the future.