Take in These Stunning Sights in Colonial Williamsburg

As a living, breathing city, the sights, sounds and smells of Colonial Williamsburg can capture the entire family’s sense of adventure 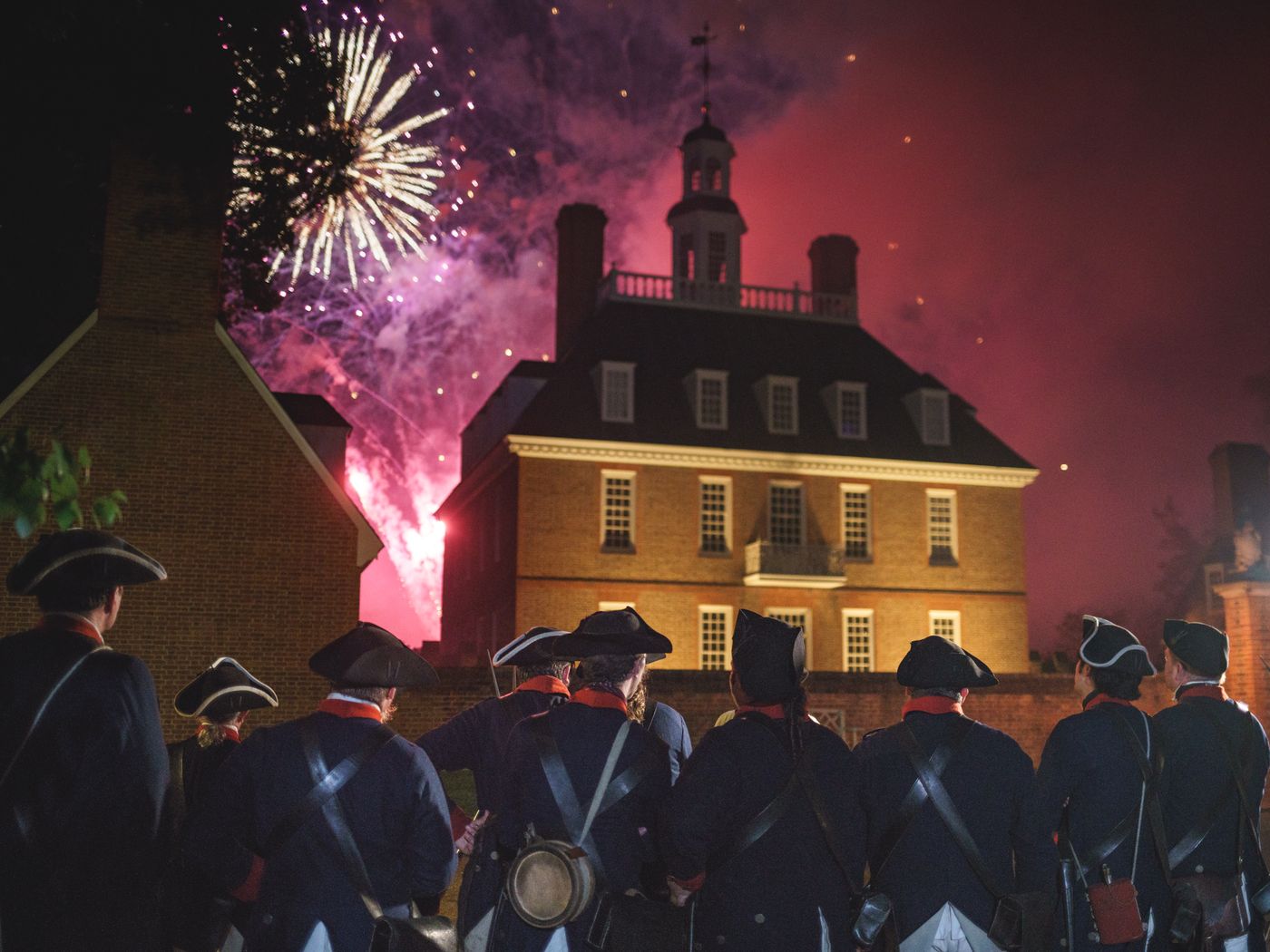 Spanning just over 300 acres, Colonial Williamsburg is home to some truly spectactular sights. As a living museum, visitors are invited to explore and contextualize history all while taking in the ongoing research and new discoveries that continue to add to our collective historic knowledge.

From the moment you set foot on the grounds, Colonial Williamsburg’s vibrant sights, bustling sounds—even the rustic smells, are enough to capture the entire family’s sense of adventure. Costumed interpreters dressed in authentic period attire tend to their daily tasks, bringing the 18th-century city to life in vivid detail. Master tradespeople carefully tip molten pewter into casts. The high shrill of a fife and the low tone of a drum carry on the wind.

With so much to see and explore, the only challenge is deciding just where to start. To jumpstart your next trip, we’ve rounded up the most stunning sights (along with a few suggested times) to check out Colonial Williamsburg this year.

For families and couples, groups and solo travelers alike, a visit to Colonial Williamsburg would be incomplete without a stop at the Governor’s Palace. The building, once home to royal governors, was built to impress colonial visitors with grand displays of opulence and authority: stately ballrooms and ornate chambers, adorned in the finest finishings, and surrounded by a manicured Palace Greens and garden. This grand estate still holds court today, though a decidedly different sort, welcoming visitors inside to experience the grandeur of pre-revolutionary America.

While there, be sure to visit the Magazine, an armory dating to 1715 and the site of an infamous pre-war confrontation between the residents of Williamsburg and its royal leadership in the days leading up to the revolution.

When you get down to it, there may be no better place to celebrate the birth of America than in Colonial Williamsburg—a historic city so evocative of its origins that every street still pulses with the energy of our nation’s independence. Celebrate with a full day of patriotic activities, including a Salute to the States by Colonial Williamsburg’s Fife & Drums on Market Square, a stacked lineup of live music, theatrical performances, and much more. And don’t miss the annual reenactment of Thomas Jefferson’s 1776 reading of the Declaration of Independence from his perch on the Capitol Balcony. Wherever you choose to spend Independence Day here, you’ll enjoy a truly dazzling fireworks display to cap off the evening.

The fun doesn’t stop when the sun goes down in Colonial Williamsburg—in fact, you could argue it’s just getting started. With such a rich sense of history spilling from every structure in this colonial town, it’s no surprise that ghost stories abound here. Get to know its haunted history up close by taking a ghost tour with Haunted Williamsburg, Colonial Williamsburg's only tour that provides access to private spaces. Costumed interpretors lead the way through an hour-long, candlelit tour that includes Colonial Williamsburg’s most haunted sites. Beginning at the Play House Stage on Palace Green, the tour is packed with historic, site-specific stories that bring the streets, structures, and souls of Williamsburg to life in spine-tingling ways, all over again.

When you visit Colonial Williamsburg, it’s easy to be swept away by the theatrical history all around you—but don’t forget to get down to business. The carefully restored Historic Area is home to myriad trades, along with tradespeople who are still carefully honing their crafts today. As you wander these streets, including a stop at the Geddy Foundry, you’ll discover over 20 trades at work, with practitioners using tools and techniques for blacksmithing, gunsmithing, and more that are authentic to their 18th-century origins. These world-renowned experts create real goods and provide real services to the Historic Area, consulting and producing for other cultural institutions as they demonstrate their skills to visitors year-round. From woodworking and apparel, to agriculture and apothecary sciences, you can see the exceptional work of these traditional tradespeople in action today.

There are so many things that make a stroll through Colonial Williamsburg a uniquely American experience. But nothing quite evokes the spirit of this historic town like the march of the Fifes and Drums—an authentic, Revolutionary War-era musical military brigade that still parades these streets in perfect unison today. Visitors to Duke of Gloucester Street can experience what it must have felt like when red- and blue-uniformed soldiers of the revolution marched by in solidarity to the tune of “duty calls.”

In fact, during the American Revolution, dual members of a fife and drum company—one of each musical role—were generally deployed along with each company of 75 soldiers, there to guide and communicate with troops on the battlefield through song.

Conservationists, history buffs, and animal lovers alike can’t miss an experience with the incredible Rare Breeds program in these parts. Founded in 1986, the foundation helps to promote genetic diversity in livestock that would have thrived throughout 18th-century British Colonial America. With this focus on the ecological history specific to Colonial Williamsburg, this expert Coach & Livestock team is helping to preserve a part of our past—while also looking ahead to the collective future. Rare breeds here are defined as having fewer than 1,000 animals, and the initiative contributes to the welfare of breeds that include Leicester Longwool sheep, Cleveland Bay horses, the American Milking Red Devon, and more.

Juneteenth, or June 19th of each year, marks the emancipation of thousands of enslaved people in America. And the weight of this date certainly surpasses any travel guide. Though Lincoln himself issued the Emancipation Proclamation in January of 1863, it was not until federal troops arrived in Texas more than two years later to enforce the proclamation—on June 19, 1865—that Black men and women gained their freedom.

To commemorate this important day in American history, Colonial Williamsburg celebrates both in person and, for those who can’t visit each year, online, including a range of events and special programming. From panel discussions to musical performances, and even reenactments of historical happenings, you can join in this historical occasion, all in the heart of colonial America where it first unfolded.

When you book directly with an official Colonial Williamsburg hotel, you’ll receive up to two complimentary length-of-stay tickets to our Historic Area and Art Museums. Your support enables us to continue to deliver on John D. Rockefeller, Jr.’s vision, and our mission, “that the future may learn from the past.”

Ready to experience all that historic Williamsburg has to offer in this season?