Discover something for every cultural traveler. 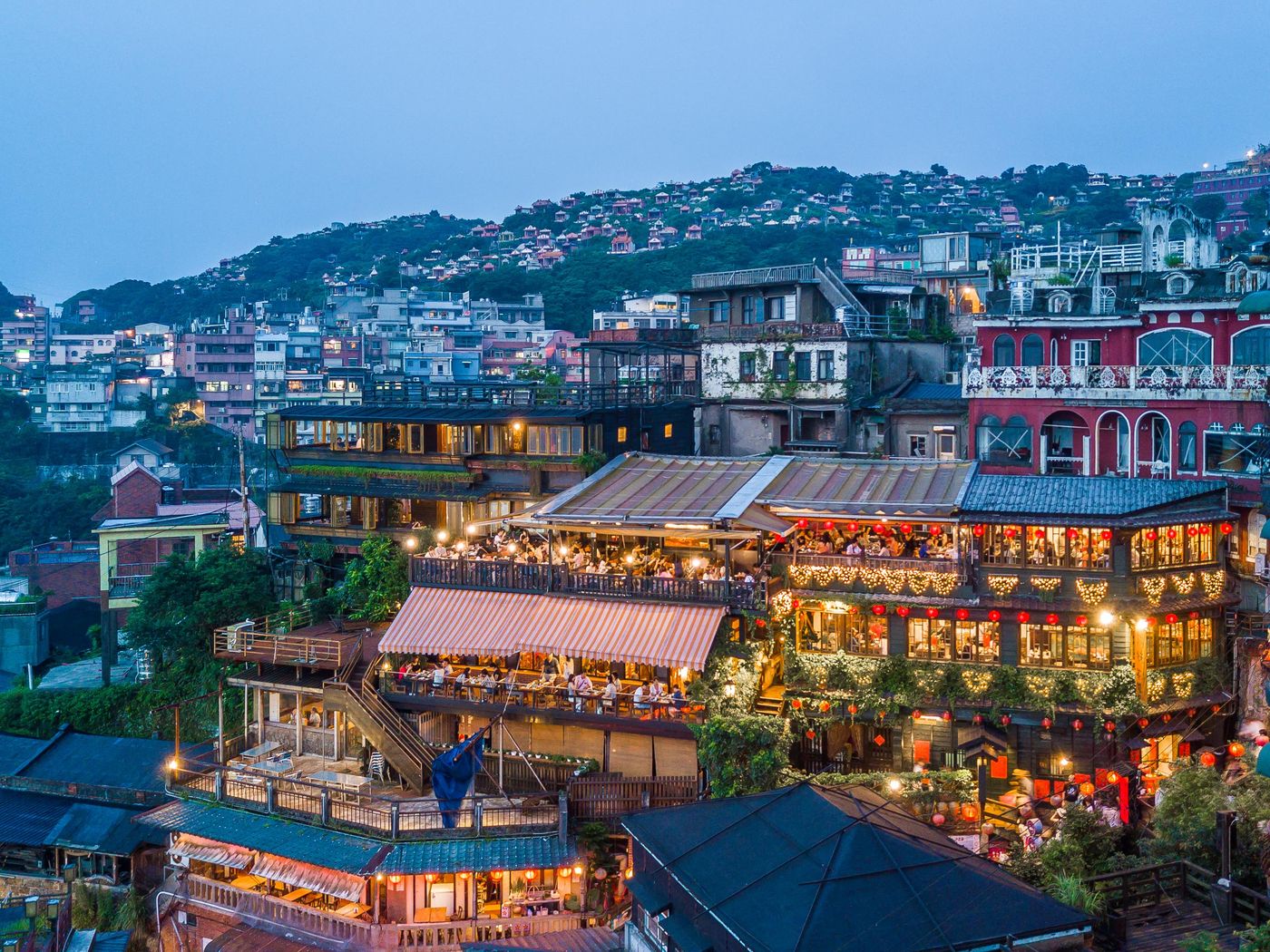 When most people think of traveling to Taiwan, images of breathtaking Sun Moon lake or the towering Taipei 101 skyscraper come to mind. While these destinations are iconic for a reason, there is so much more to discover on the island. In the spirit of Smithsonian magazine's Museum Day, we've assembled ten must-visit museums and historic small towns⁠—veritable outdoor museums⁠—across Taiwan that offer a window into its diverse cultures, rich history and natural heritage. Whether exploring the world's largest collection of Chinese artifacts in Taipei City or discovering the art of woodcarving in the countryside, Taiwan has something for every cultural traveler.

Modeled after a Chinese imperial palace, the National Palace Museum in Taipei's Shilin District is home to the world's largest collection of Chinese art. Consisting of over 600,000 Chinese art objects, the collection spans five millennia and includes more than 200,000 rare books, 25,000 ceramic pieces and 13,000 jade works. Highlights include an intricately carved jadeite cabbage that dates back to the Qing Dynasty as well as a piece of jasper that bears an uncanny resemblance to a slice of pork belly. The Southern Branch of the National Palace Museum in Chiayi County is also worth a visit. Opened in 2016, it celebrates the interconnectedness of Asian cultures across time.

Spanning 250 acres, Kaohsiung City's Fo Guang Shan Buddha complex is a sight to behold. Constructed to enshrine a Buddha tooth relic that was hidden away for thousands of years before coming to Taiwan, it features the world's tallest sitting bronze Buddha statue as well as pagodas, teahouses and a museum. Located on the first floor of the Main Hall along with three shrines, the museum consists of four permanent exhibits showcasing the teachings and traditions of Buddhism, including one dedicated to Buddhist festivals. The second floor houses a 2,000-person auditorium for speakers and performances as well as temporary exhibitions, which have ranged in subject from ceramic works to Buddhist manuscripts.

One of Tainan City's most recognizable landmarks, the Chimei Museum is home to an expansive collection of Western art as well as musical instruments, weapons, natural history and archaeological artifacts. Of particular note are the museum's large number of classicist and impressionist paintings and its collection of violins, which include five Antonio Stradivaris and other rare models by early Italian luthiers. On occasion, the museum will loan one of its violins to a renowned musician. Don't miss the newly opened permanent exhibition "On Art Conservation," which walks visitors through the restoration of The Mandolin Player by Pennsylvania-born impressionist painter Mary Cassatt.

Emulating the cuestas, or stone cliffs, of Taiwan's northern coast in its design and located near the site of a former bustling trade port, the Lanyang Museum is an ode to Yilan County's unique coastal topography. The museum experience begins with four introductory videos showcasing the evolution of Yilan's geography over time. Then, visitors can walk through three galleries dedicated to the Mountains, where mist shrouds giant beech trees growing along dramatic ridgelines; the Plains, where grassland flora thrives on the banks of rushing rivers; and the Ocean, where eelgrass and corals sway in tropical currents. Each elevation level has its own floor in the museum. On the ground level, photographs and films narrate the history of human development in Yilan.

The National Museum of Natural Science

Taichung City's National Museum of Natural Science is one of Taiwan's most visited attractions, drawing hundreds of thousands of visitors each year. You'll want to bring your walking shoes to see this museum, as it spans 22 acres and consists of five venues: the Space IMAX Theater, Science Center, Life Science Hall, Human Cultures Hall, Global Environment Hall and the Botanical Garden with more than thirty hands-on exhibits on view at any given time. No wonder, as the museum has close to one million objects and specimens in its possession. Gaze up at a towering, replica skeleton of a Palaeoloxodon elephant that lived 10 to 40 thousand years ago, see a 29-foot-long preserved giant squid up close and watch artists at work in the Scientific Illustration Studio.

One of three former gold mining villages in the Ruifang District outside of New Taipei City, Jiufen offers a window into a bygone era. Built on a hill facing Keelung Harbor, it was where many miners spent their time after-hours. Today, its narrow, winding alleys are much the same as they were back in the city's heyday. Sometimes, turning a corner, you'll catch a breathtaking view of the ocean, which twinkles with fishing lights in the evenings. In recent years, quite a number of teahouses have emerged. Be sure to stop into at least one as well as sample sweet potato balls, the local specialty.

Just 30 minutes from the center of Taipei City, the bubbling mineral waters and green mountains of Beitou greet travelers in search of a restorative getaway. Head to Yangmingshan National Park for panoramic views of downtown Taipei or stay in town and soak your stress away in well-maintained, urban hot springs. Be sure to stop by the Beitou Hot Spring Museum, a restored bathhouse from the first half of the 20th century, to learn about the evolution of Beitou's hot spring spas.

Damaged during a 1935 earthquake, the Longteng Bridge is an iconic sight in Sanyi, a small town in Miaoli County. Continuing past it, you'll enter Taiwan's so-called Woodcarving Kingdom. At the beginning of the 20th century, one resident decided to begin carving scraps of local cypress trees. Little did he know that his hobby would inspire a booming woodcarving industry in the area in the years following. Don't miss the Sanyi Wood Sculpture Museum, which chronicles this history and displays a rotating collection of awe-inspiring carvings.

Located about an hour outside of Taitung City, this small, agricultural town is the stuff of postcards. Running through its scenic rice paddies and fairytale-esque green fields are two cycling paths: the Guanshan Bicycle Trail, Taiwan's oldest, as well as Mr. Brown Avenue, which has earned the nickname "Green Paradise Road" for its jaw-dropping beauty. Chishang is also renowned for its slow food culture. Wherever you stop to eat, you'll encounter dishes such as mulberry leaf tea and bagels made with organic purple rice that are prepared with fresh, local ingredients. One of the township's best-known specialites is the Chishang bento box. Available at a number of local restaurants, the wooden box is filled with a layer of rice and then topped with all manner of savory items, from barbecued meat, to sausage, eggs and pickles.

Dating back to the 13th century, this picturesque fishing village is an architectural treasure. Located on Beigan Island, one of Taiwan's offshore islands to the northwest, it can be reached via plane or scenic ferry ride. During the 1970s, many new homes were constructed out of granite and marble and remain today. Design signatures of these homes include stone guard lions to ward off evil spirits, high windows positioned to catch the coastal breeze and fish-shaped objects used to drain rain water.