Soak Up the Enchanting Beauty of Taiwan’s Sun Moon Lake 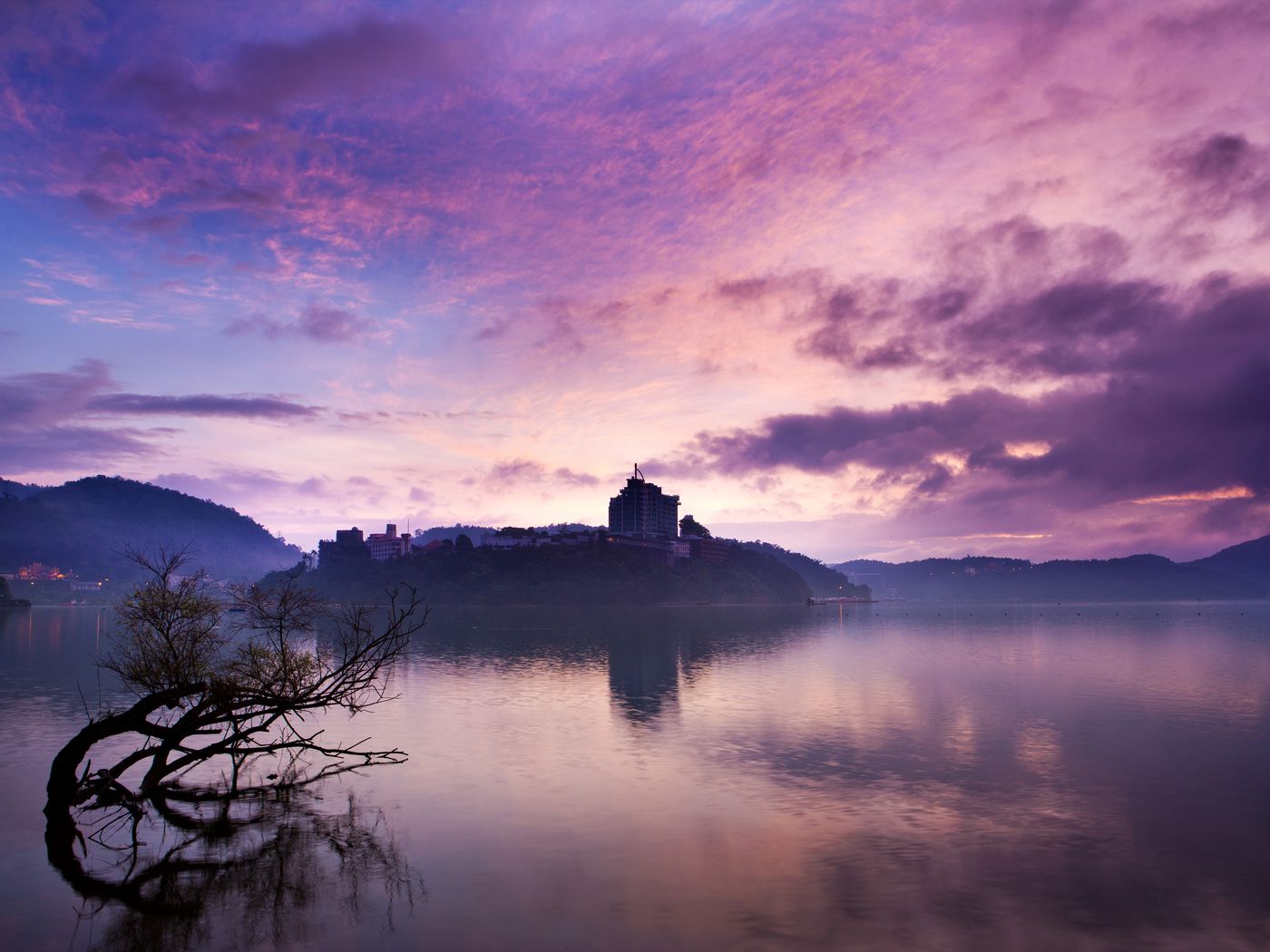 Nestled in the western foothills of Taiwan’s Central Range, Sun Moon Lake is a world unto itself, renowned for both its natural beauty and cultural heritage. Each day casts the lake in a different light, and every so often, some claim, the mountains that tower above it take the shape of two dragons fighting over a pearl.

Although today Sun Moon is Taiwan’s largest alpine lake, the area was once home to two separate bodies of water. Back in the 1930s when Taiwan was a colony of Japan, the Japanese erected a dam on one of the lakes to generate hydroelectric power. The operation, over time, raised the water level to create Sun Moon Lake in its current form: round like the sun at its eastern end and curved like the crescent moon at its western end.

Hugging the 35-kilometer shoreline is a pedestrian-bike path, in addition to a quiet two-lane highway. Misty mountains, lush growth and floating pontoon islands have landed this twisting trail on lists of the most scenic cycling trails in the world. Many a boardwalk extends out over the water, and boat tours depart every 30 minutes from three main piers. The village of Shueishe, about 70 minutes from Taichung, provides access to the lakeside path and road. Visitors can easily reach Shueishe by bus or taxi, and bicycles are available for rent near the visitor center. Shuttles regularly depart Shueishe for major destinations along the lake.

A cable car runs from the base of the lake to the Formosan Aboriginal Culture Village, delighting riders with panoramic views of the lake and mountains. Part cultural village, part amusement park, the site pays homage to the scenic area’s aboriginal origins and features everything from traditional song and dance performances to a roller coaster. The Thao people were the first to inhabit the region, followed by the Han majority. Today both groups live in the area, each influencing the other while maintaining their separate identities. The Thao culture is strongly influenced by a regard for ancestors, and the tribe believes Lalu Island, in the middle of the lake, to be the home of their ancestral spirits.

Multiple scenic hiking trails weave through the mountains past exotic flora and storied temples. Built into a hill on the north side, Wenwu Temple boasts sweeping vistas of the lake from its back terrace. Asia’s largest stone lions guard this Confucian temple, and sculpted shrubs decorate its gardens. Three hundred and sixty-six steps, nicknamed the “Stairway to Heaven” and representing the days of the year, ascend to the temple. Wind chimes inscribed with blessings dangle from the guardrails and glisten in the sunlight.

Xuanzang Si, at the southern edge of the lake, shelters some of Asia’s most precious Buddhist relics, known as si-li-zi. These pebble-like crystals are believed by the devout to be the remains of Xuanzang, the Tang dynasty-era monk who made a 17-year journey to India to obtain Buddhist scripture. A separate shrine houses the gold-encased remains of a monk whose body, according to legend, refused to decay upon death. Half a mile down towards the lake is Xuangang Temple, known in particular for its delicious tea eggs, which are boiled in a mixture of soy sauce and tea leaves.

A little farther to the east atop Shabalan Mountain towers Ci’en Pagoda, or “Pagoda of Filial Virtue.” Chiang Kai-shek, former president of the Republic of China for whom Sun Moon Lake was a cherished vacation spot, erected the monument in honor of his mother. In the spring season, the trail leading up to the pagoda ignites with fireflies. A climb to the top promises a magnificent view.

Though host to over six million visitors every year, Sun Moon Lake nevertheless preserves pastoral qualities and a magic all its own.