From petrified tree forests to billion-year-old rock formations, both the young and young at heart will relish the state’s extraordinary natural phenomena 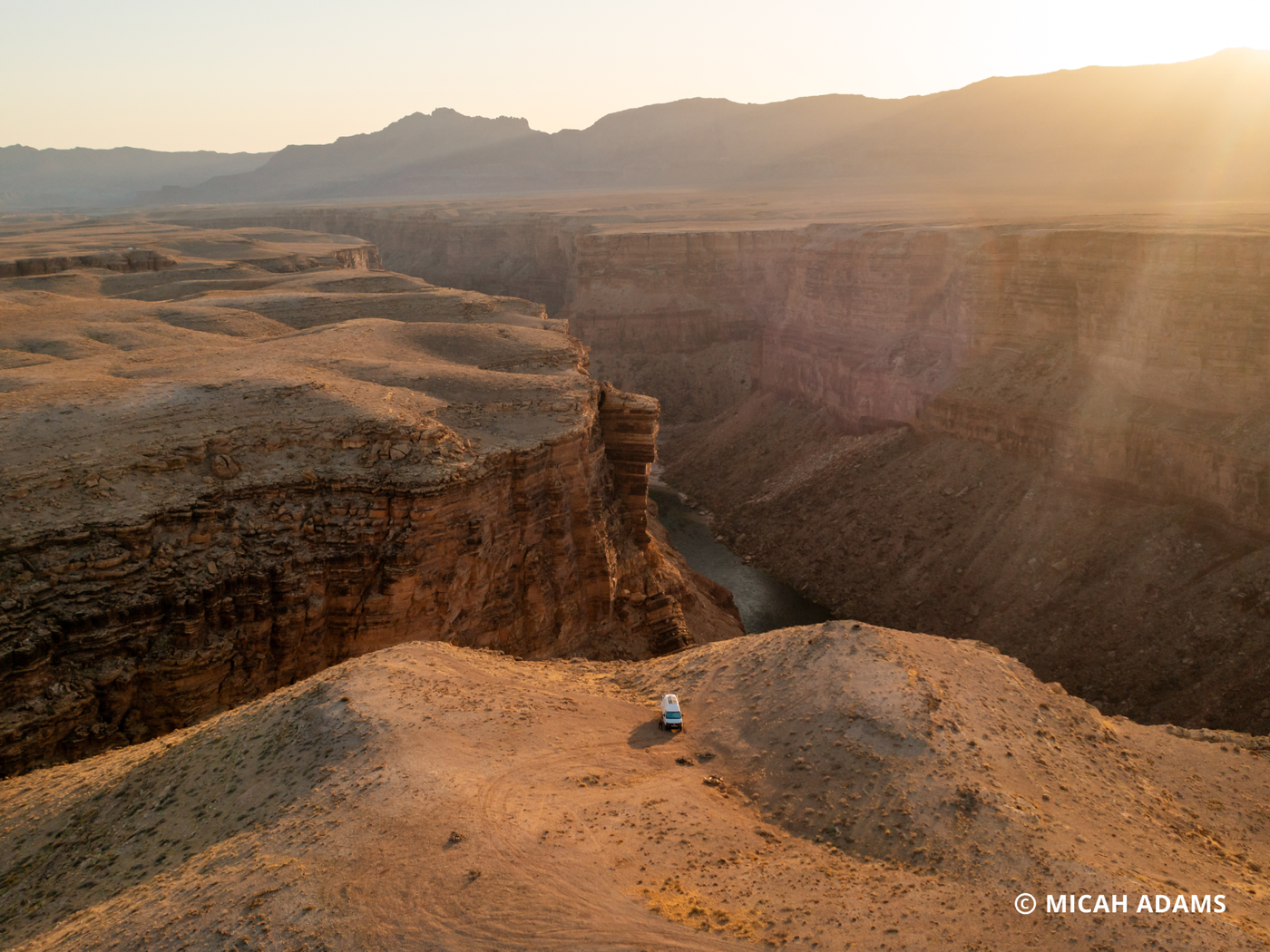 Enjoy camping under the stars? Relish the chance to find out more about ancient civilizations? Looking for something your thrill-seeking kids will tell their friends about? All of that and more is possible during a visit to Arizona.

The state is home to some of the most remarkable natural formations in North America, from massive meteorite impact sites to volcanic cliffs. And as different peoples have inhabited these lands over the years, they have also left behind a rich heritage that sparks the imagination through ruins and petroglyphs. These are just some of the reasons why the state is the perfect confluence of natural history and family fun.

To start, check out these six reasons to fall in love with Arizona’s natural history.

In approximately 1085 A.D., a violent volcanic eruption dramatically changed the landscape of Arizona forever. The hot rocks and ash covered the area and destroyed the ancient structures and farms of the Sinagua (Ancestral Puebloan) people. Today, nearly a thousand years later, the impact of that explosion can still be experienced during a trip through the trails of Sunset Crater. Located not far from Flagstaff, visitors can tour the stroller-accessible Lava Flow Trail and witness some of the land’s unusual formations of cross brittle lava remnants and the San Francisco Peaks in a day trip. Also, there’s a great reason to stay the night; in 2001, the city of Flagstaff was designated as the world’s first International Dark Sky City thanks to having little to no light pollution, making a starry night camping with the family an unforgettable experience. And don’t miss the Summer Sky Night events, with telescopes for public use.

During the Late Triassic, the third and final epoch of the Triassic Period, downed trees accumulated in the river channels along the area that would become Petrified Forest National Park. Periodically, the trees (Araucarioxylon arizonicum) were buried in volcanic ash and a reaction between the wet tree bark and compounds in the ash, like silicon dioxide, transformed the exterior of the trunks into something akin to solid quartz, taking on brilliant colors from iron, carbon, and manganese. The result is both visually and scientifically striking—many of the logs maintain their original external form through petrification while the interior structure is lost. However, some trees contain permineralized fossils, allowing paleontologists to study the cellular makeup of these ancient organisms, some of which can be seen on display at the park’s Rainbow Forest Museum. The park is not only a fascinating geological treasure trove, it’s also home to eye-popping views of the Painted Desert, with sweeping pastel-colored Arizona badlands extending 150-miles to the Grand Canyon, two visitor centers and walkable trail options suitable for all skill levels. Beyond the astounding panoramic views and the colorful trails, the park also offers a glimpse into the past through its archeological jewels. Check out the remains of a 100-room compound occupied more than 600 years ago by the Ancestral Puebloan people before exploring more than 650 petroglyphs, some dating back more than 2,000 years.

With ruins built between 350 A.D. and 1300 A.D., Canyon de Chelly is recognized as one of the longest continually inhabited landscapes in North America. Here, canyon walls cradle hundreds of ancient ruins, built by the canyon’s first inhabitants—the Ancestral Puebloans. Among the most well-known ruins is the White House, which can be seen from the canyon floor where today, a contemporary community of Navajo people make their homes, using the fertile basin to farm and raise livestock, including herding sheep in the summer months. This centuries-rich history makes for a compelling trip for visitors of all ages; history lovers can relish seeing some of the most ancient dwellings in North America, while younger minds can bask in the awe at the scope of these ancestral peoples' creations. For a self-guided bird’s-eye perspective, drive the North or South Rim and stop at several overlooks for a breathtaking vantage. Within the canyon, explore via ranger-led programs on Jeep or horseback excursions with Navajo guides, or drive along the South Rim to Spider Rock for amazing views. For the adventurous, a 130-mile hike and bike loop awaits.

50,000 years ago, a massive iron-nickel meteorite collided with the earth’s surface, rocking what would become the American Southwest with more energy than 20 million tons of dynamite. For scale—that’s a force 150 times greater than an atomic bomb. What remains today is the world’s best preserved meteorite impact site, Meteor Crater Natural Landmark, a breathtaking crater nearly one mile across and 550 feet deep. To explore the impact site, take in the view from one of the observation decks and self-guided trails, or book a guided tour along the rim. After, settle into an interactive educational experience for the entire family at the indoor (and air conditioned!) crater viewing area and its 80-seat widescreen theater. If you get hungry, pick up a snack at the Blasted Bistro.

At a staggering five-stories high, Montezuma Castle is considered one of Arizona’s best-preserved cliff dwellings. Construction of the twenty-room dwelling began during the twelfth century by a group connected to the Hohokam people of Southern Arizona, a feat that took a remarkable three centuries to complete. Nestled in a towering limestone cliff, visitors can marvel at the sheer ingenuity required to not only imagine and create such an impressive structure, but ultimately survive and thrive in an unforgiving desert environment. In 1906, it became the third National Monument dedicated to preserving American Indian culture and a center for archaeology across the state. Many artifacts found within the high-rise apartment can be seen at the Montezuma Castle Visitor Center. And, just 11 miles away, the Montezuma Well (also managed by the park) is a sub-dwelling that has been the home of groups dating as far back as 10,000 years. After exploring the museum, wander through picturesque tree-lined trails along the cliff’s base before breaking for lunch along the Beaver Creek picnic area.

Want to find the oldest exposed rock in Arizona? Look no further than the Vishnu Basement Rocks, which are exposed in the Upper Granite Gorge of the Grand Canyon. The Brahma Schist, a portion of the rock comprised of amphibolite, schist, and metamorphosed sulfide deposits, are an astonishing 1.75 billion years old. A visit is to the rocks is also the perfect opportunity for adventure enthusiasts to hike the Grand Canyon Rim-to-Rim, a 24-mile challenge that descends 6,000 feet to the bottom of the canyon and takes two to five days. For a more family-friendly route, opt for an itinerary around the park’s South Rim. Enjoy a leisurely pace along the flat, paved trail—be sure to stop along the Yavapai Museum of Geology to take in panoramic canyon views and unique, interactive geological exhibits illustrating various layers of rock across the park.