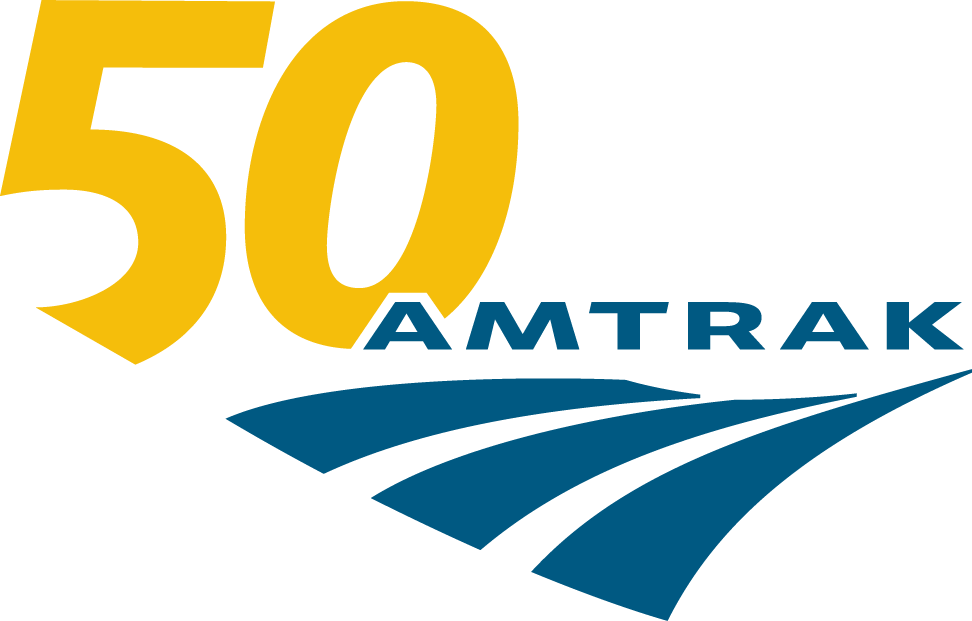 As expanded services and brand-new routes roll out, start picturing the travel possibilities for now and later with these four trips. 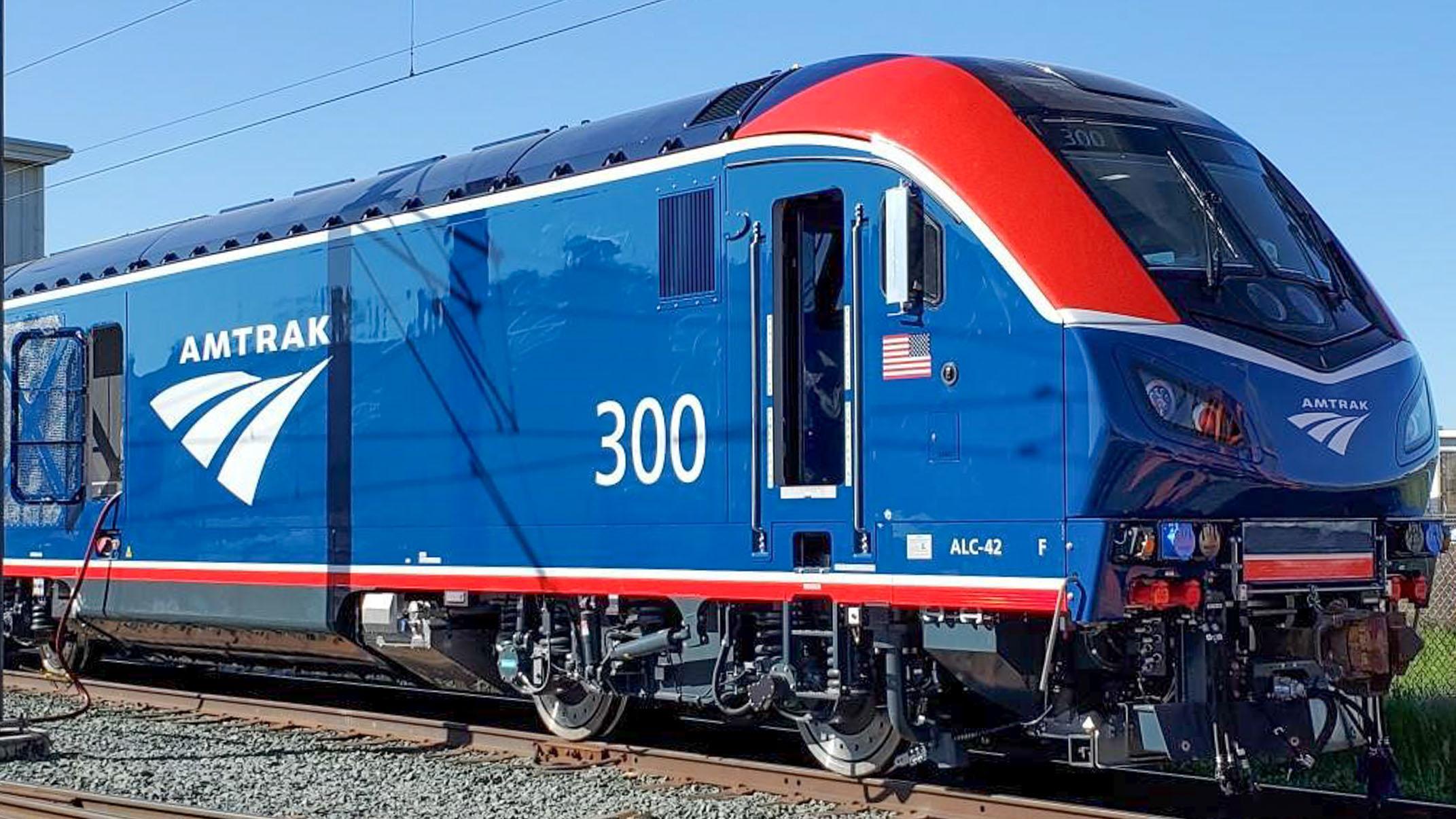 In the early part of the 20th century, virtually all travel that happened in America happened via train. The locomotive became, in many ways, a symbol of the nation: carrying people from small town to big city, landlocked hometowns to new oceanfront destinations. While the rise of the automobile threatened to push train travel aside, the start of Amtrak operations in 1971 cemented the train’s position as a beloved American mode of travel, unique in that the trips themselves are often just as exciting as the final stops.

Celebrating 50 years of Amtrak is an opportunity to look not just to the past, but also to the future, as we wonder: what will train travel look like in 2035? Changes happening aboard Amtrak trains and along major routes are already providing some clues. Today, Amtrak runs along 21,000 route miles in 46 states, plus D.C. and three Canadian provinces. By 2035, Amtrak’s vision includes expanding services across the continental United States, and is estimated to attract more than 20 million additional riders. Many of Amtrak’s well-known and well-loved routes, like the Lincoln Service in the Midwest, the Carolinian in the South, and Amtrak Cascades in the Pacific Northwest, could see expanded services, making it easier than ever for travelers to see the wonders of America via Amtrak—a wonder itself. Roger Harris, Amtrak’s Executive Vice President, Chief Marketing and Revenue Officer, agrees that the journey is just as exciting as the destination when traveling by train: “You've learned so much about places and people and the way people live, and you don't see it when you drive past their front door. It's a unique insight into the places you go and the country you live in.”

As expanded services and brand-new routes roll out, start picturing the travel possibilities for now and later with these four trips (and their expanded routes and their additional destinations) that will be available to travel to by 2035.

The California Zephyr route is among the most beautiful train trips in North America. Running from the San Francisco Bay Area to Chicago, it features breathtaking vistas, including scenic views of the Rockies and snow-capped Sierra Nevadas, making it easy to imagine the awe early travelers must have felt as they set out for the mythical West Coast. Along its journey, the route transverses tunnels, canyons and Utah’s deserts, where sunrises and sunsets are events unto themselves.

In the future, travelers heading towards Denver will enjoy additional service via the Front Range, with proposed service from Denver north to Cheyenne, Wyoming, or south to Pueblo, Colorado. Northbound riders can expect to enjoy the spirit of the Old West in Cheyenne: taking in an authentic rodeo, visiting local museums, and spending the night in historic hotels. This part of the country is known for its outdoor activities, from hiking and camping to guided tours of national parks, where it’s possible to learn about thousands of years of history in the span of an afternoon.

To the south in Pueblo, Colorado, visitors can expect to visit the historic Arkansas Riverwalk, which winds through the center of town, making it easy to view and admire Pueblo’s historic architecture. Also on the to-do list? Sampling some of the city’s famous foods, or taking a day trip out to nearby Lake Pueblo State Park for hiking, biking, picnicking, and even swimming.

This proposed route is also a great chance to see the ways in which Amtrak is part of the fabric of local travel, too, as the project works to relieve congestion on the busy I-25, forming the “spine” of the fast-growing region’s most heavily populated hub.

For travelers looking to admire the rugged splendor of the American west, look no further than the Empire Builder route. Starting in Chicago, this trip goes from St.Paul/Minneapolis all the way to Spokane, Washington where the route splits off for final destinations in Portland or Seattle. For those headed all the way to the West Coast from Chicago, views include panoramic vistas of the majestic northern United States, including 7,000 year-old glaciers. Stops include big cities and quaint towns alike, making it a great way to sample a little bit of everything the West has to offer. From the wide and tall windows in the train’s lounge car, take in the breathtaking expanse of the Great Plains while speeding through North Dakota, and enjoy breakfast while cruising alongside the Mississippi River—just like early American westward travelers, except way more comfortable.

This route, too, has something for those a little more local: the proposed expanded service will create more routes from Chicago to Milwaukee and beyond, with additional new stops connecting Minneapolis to Duluth, MN, and Eau Claire and Green Bay, WI—making it easy to visit family, commute to work, and even take spontaneous weekend trips where the car stays home.

One of Amtrak’s most unique journeys is the Crescent route, which runs from New York City all the way south to New Orleans. As part of Amtrak's vision, people and communities in the southeast would benefit from more frequent connections between Atlanta and Charlotte, NC, and new service between Atlanta and Nashville, TN.

The Crescent is a magnificent way to see the heart of the American South, as travelers glide past scenic cotton and tobacco fields and roll into historic towns like Charlottesville, VA or Greenville, South Carolina. For passengers taking an overnight journey from New York to New Orleans, the Crescent route offers sleeper cars, making it an ideal trip to take as part of a duo.

The proposed corridor expansion will connect the vibrant commercial centers of Charlotte and Atlanta with the exciting and dynamic city of Nashville. For music lovers, each of these hubs is home to a vibrant nightlife scene, and museums exploring the history of Southern life abound. Slow down at one of the region’s historic inns, and bring an appetite: Southern cuisine varies from town to town (and in some cases, even home to home!), making a train trip south a great opportunity to sample local delicacies.

And for travelers riding all the way from New York to New Orleans? Coffee and beignets await at the final stop. And travelers headed in the opposite direction will disembark at the new Moynihan Train Hall, which Harris describes as “a destination in a destination. It is something unto itself.”

They say everything is bigger in Texas, and that’s true of the state’s train routes, too! With proposed expansion of Amtrak’s Texas routes, travelers will be able to go full circle, or ‘full triangle’ around major metropolitan cities. The proposed new routes would connect Houston to College Station and Bryan to Dallas, effectively creating a loop including other major cities: Forth Worth, Austin, and San Antonio.

Driving from one Texas city to another can often take hours on the highway, so for travelers looking for a hassle-free way to tour Texas’s metro areas, there isn’t a better way to explore the state. Enjoy an icy-cold beverage from the train’s café car, watching the big skies and rolling hills go by as you plan activities for the next stop. And the great thing about Texas cities is that there’s truly something for everyone: Austin is one of the country’s food and drink centers, with everything from locally brewed beers to breakfast tacos on offer. The live music scene is hopping on weekend nights, too.

San Antonio, home to the Alamo and the Riverwalk, is a must-stop for anyone who wants to learn more about Texas history, and if you grew up wanting to be an astronaut? Pay a visit NASA Johnson Space Center’s Visitor Center in Houston.