Five Reasons Why You Need to Visit Québec City This Summer 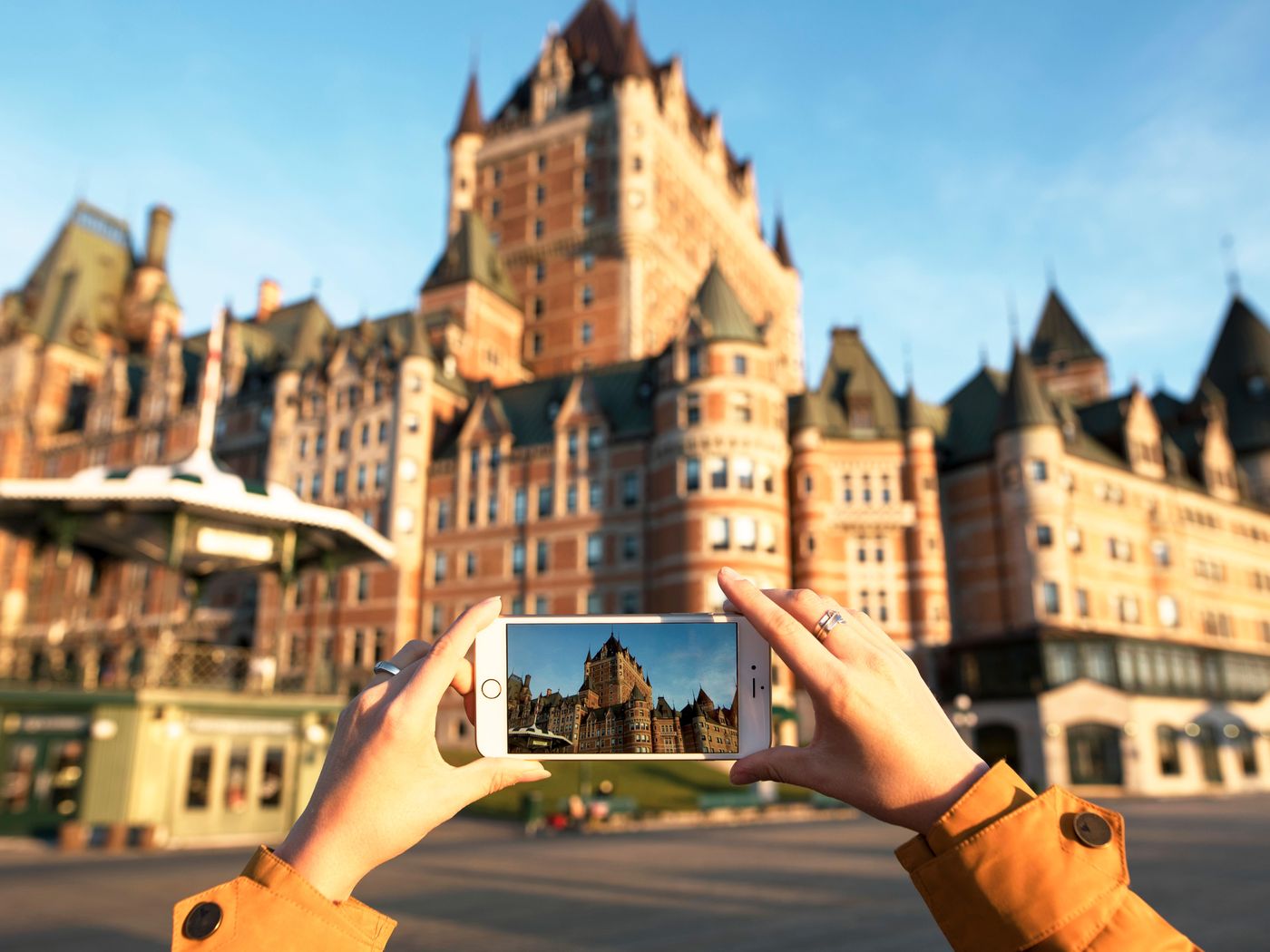 There’s never been a better summer to discover Québec City’s unique heritage. This year marks the 150th anniversary of the Canadian Confederation, and the 400-year-old city is pulling out all of the stops. The only fortified city north of Mexico, Québec is known for its European charm and myriad of French and British architectural treasures. Whether wandering the streets of Old Québec, touring its many historical sites or attending one of this summer’s blockbuster heritage celebrations, there are countless ways to engage with Québec's living history.

Travel Back in Time Through the Streets of Old Québec

Summertime strolls are one of the best ways to appreciate the many historical details of the fortified Old Québec, a Unesco World Heritage site since 1985. The city's structure, with its unique French and British influences, has been well preserved over the centuries thanks to ongoing conservation efforts. Every cobblestone street, corner and plaza tells a story.

For many, the imposing Porte Saint-Jean at Place D’Youville is the gateway to Old Québec and a lively area that plays host to a number of cultural events and festivals. From Place D'Youville, walk along Rue Saint-Jean. Occasionally closed to traffic in the summer, the street buzzes with people exploring its many boutiques, restaurants and colorful, historic buildings. Running parallel to Rue Saint-Jean, Rue Saint-Louis is also known for its restaurant and shopping options and leads to the iconic Fairmont Le Château Frontenac. The brainchild of Canadian Pacific Railway president William Van Horne who wanted to promote luxury train travel in the late 19th century, the Château Frontenac is thought to be the most photographed hotel in the world.

For a different view, stroll Dufferin Terrace, a half-mile-long wooden boardwalk beginning at the foot of the Château Frontenac that offers spellbinding panoramas of the St. Lawrence River. Just underneath the terrace, you can visit the Saint-Louis Forts and Châteaux National Historic Site, the seat of power and official residence of Québec City governers from 1620 to 1834 now managed by Parks Canada. The narrow, flower-lined streets leading from Rue St. Louis to Dufferin Terrace ooze Old World charm and are lined with dozens of cafes and shops worth exploring.

Old Québec's Place Royale is steeped in history. In 1608, French explorer Samuel de Champlain erected his Habitation de Québec, the first permanent French settlement in North America, here. Everywhere you look, the area's French origins are evident. The two- and three-story plastered stone homes with their dormer windows, gabled roofs, large chimneys and party walls, rising above the rooftops to act as firewalls, are typical of 17th-century French architectural style. Only a few steps away, the enormous Fresque des Québécois mural recounts the story of Québec City and pays homage to some fifteen historical figures, authors and artists.

Located a few blocks south, at the foot of the Cap-aux-Diamants escarpment, the Petit-Champlain district can be reached via the Breakneck Stairs or the Old Québec Funicular. The steep stairs are the oldest in the city and connect to the upper end of Rue du Petit-Champlain, one of North America's oldest commercial streets. The funicular has linked Old Québec's Lower Town to the Dufferin Terrace for more than a century and offers breathtaking views of the St. Lawrence River.

When Samuel de Champlain sailed up the St. Lawrence River, the natural protection offered by Cap-aux-Diamants escarpment was obvious. Thanks to the city’s hilltop setting, engineers working on the city’s fortifications focused their efforts on the west side of the town. Today a national historic site managed by Parks Canada, the fortifications span close to three miles along Old Québec's perimeter and connect visitors to over three centuries of French and British military history. Take a tour beginning at Frontenac Kiosk on Dufferin Terrace and continue to Artillery Park, a series of French defense structures built in the 17th and 18th centuries that later became the headquarters of the British Royal Artillery Regiment. In honor of the 150th anniversary, Parks Canada is offering free admission in 2017.

Québec City’s more than 150 churches are a testament to its rich religious heritage. Most famous is Notre-Dame de Québec Basilica-Cathedral, the oldest Catholic parish in North America. Named a national historic monument of Canada for its architectural value, the Basilica-Cathedral has occupied the same site since 1647 and houses the only Holy Door, a special designation given by the Catholic Church, outside of Europe. Other notable churches include Notre-Dame-des-Victoires, one of the oldest stone churches in North America, and the breathtaking Sainte-Anne-de-Beaupré Shrine, Canada's oldest Catholic pilgrimage site that welcomes one million visitors each year.

The First Nations people, who allied with the French in the time of New France, welcome visitors to the Huron-Wendat Museum and Huron Traditional Site on the Huron-Wendat reservation, a self-governing territory in the midst of Québec City. Both sites offer a unique look into the culture, traditions and beliefs of the Huron-Wendat people.

Attend One of This Summer’s Many Anniversary Celebrations

Celebrations are taking place all summer in honor of Canada’s 150th anniversary and will hit their peak from the end June through the first week of July. On June 23, a massive outdoor concert on the Plains of Abraham will draw thousands in celebration of Québec’s National Holiday. A week later on July 1, the official 150th anniversary festival will take over the city. Free activities and festivities including an official flag raising and obstacle courses will take place all day on the Dufferin Terrace and Plains of Abraham, followed by a spectacular fireworks show. From June 30 through July 2, the Weekend International Pow Pow will celebrate the culture of the First Nations people, and on July 3, the city will observe the 409th anniversary of Quebec’s founding.