Originally Designed for Space Travel, This Technology Is Transforming Transportation Here on Earth

With growing support of infrastructure improvements, hydrogen-powered electric cars are poised to transform the transportation industry 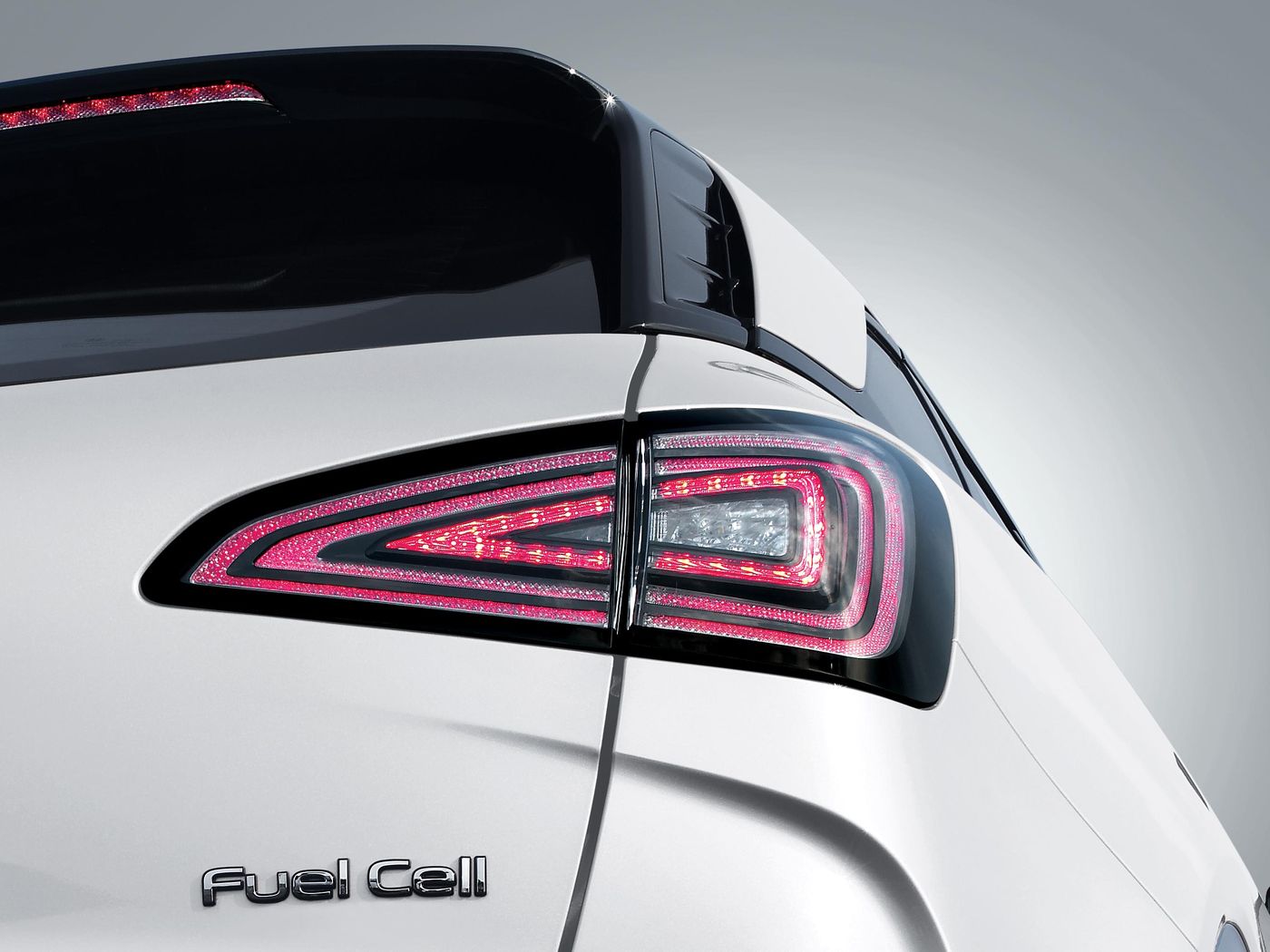 Few historical images are more iconic than the ones of NASA’s lunar modules landing on the surface of the moon. These modules allowed astronauts to make exploration history. They were also one of the first major applications of a hydrogen-powered or fuel cell system, a technology chosen for the moon mission because of its cleanliness, efficiency and ability to generate electricity in space. Now—the same technology is being adapted to support another history-making endeavor: global decarbonization. With growing support of infrastructure improvements, hydrogen-powered electric cars are poised to transform the transportation industry, working together with traditional electric and alternative-fuel vehicle technologies to help make significant reductions in the use of fossil fuels.

Like all electric cars, fuel cell electric vehicles (FCEVs) use electricity to power the engine. However, unlike other types of electric vehicles, FCEVs use hydrogen to generate the electricity on board instead of storing it in a battery. Hydrogen is added to a vehicle at a fueling station, similar to a traditional gas fill-up; then, compressed hydrogen is combined with oxygen from the air in a chemical reaction that takes place inside the vehicle’s “fuel cell” – a process that emits nothing more than water vapor and warm air.

Although hydrogen is currently produced using natural gas, it can also be generated electrolyzed from water, and, as with battery-powered electric vehicles, the ultimate goal is to completely eliminate the use of fossil fuels by powering the electrolysis with wind and solar energy.

The ability for vehicles to become fossil fuel-free is a key component in the equation to reduce global CO2. According to the United Nations, CO2 outputs need to decrease 45% from 2010 levels by 2030 if we are going to have a chance to reach the ultimate goal of net zero CO2 emissions by 2050. To achieve deep decarbinzation of the transportation sector, many types of low-emission vehicles will be needed to drive adoption, including FCEVs, batter-powered electric vehicles, biofuels and synthetic fuels, to match different use cases and consumer needs.

The advantage of FCEVs is that they offer a driving experience and cruising range similar to regular, gas-powered vehicles, while providing the same quiet ride and instant torque of battery-powered electric vehicles. Their long ranges and fast refueling times make them extra convenient and especially practical for heavy, regular usage. “Fuel cell technology combines the best attributes of both gasoline and battery-powered cars," explains Gil Castillo, Senior Group Manager, Alternative Vehicle and Advanced Vehicle Strategy Team, Hyundai Motor America. "Battery electric vehicles are a great solution for many consumers. However, not everyone has a convenient place to charge or is able to accommodate lengthy recharging times. For these consumers, an FCEV may make more sense.”

Also, not only do FCEVs produce zero emissions from the vehicle, they actually purify the air by filtering out up to 99.9% of the particulate matter during the fuel-cell reaction process, taking in air from outside and returning it cleaner than it was when it came in. This process occurs through the vehicle’s air filter, humidifier and gas diffusion later. The air purification effects of 10,000 fuel cell vehicles is equivalent to 600,000 trees, and according to estimates, by 2050, the use of hydrogen could reduce six giga tons of CO2 annually. In the Hyundai fuel cell SUV, the Hyundai NEXO, dashboard displays track environmental impact statistics. “We want owners to know they’re making a difference, so we have various displays inside the vehicle that communicate the impact they are making,” Castillo explained.

FCEVs have come a long way from their Apollo mission incarnation, but if they’re going to achieve mass adoption there are certain challenges to overcome. For one, there needs to be a hydrogen-fueling infrastructure in place to support their use. The current systems used to deliver gas from refineries to gas stations could potentially be used for hydrogen but would likely require major modifications and extensive safety studies. But these hurdles are not insurmountable, and states and countries around the globe are already planning for and investing in the infrastructure needed to make mass adoption of fuel cell vehicles a reality.

The first initial hydrogen stations in the northeastern United States are now in place, and California aims to have 200 hydrogen fueling stations by 2025 – enough capacity to power over 100,000 hydrogen-powered vehicles. Globally, a robust hydrogen economy could contribute upwards of 30 million new jobs by 2050.

In early 2019 there were 5.6 million electric cars on the road, a 64% increase from early 2018. As the number of electric car drivers increases, infrastructure improvements will give consumers more choices about which type of electric vehicles works best for them. While battery-powered electric vehicles have made early inroads in the market, hydrogen-based options may make more sense for consumers who don’t have the space to charge vehicles at home or who may not have easy access to public or workplace charging stations.

In 2013, Hyundai became the first automobile company to successfully mass produce an FCEV. “It was important for Hyundai to make the first move,” said Castillo. “Up to then it was the classic chicken-and-egg dilemma, waiting to see which would come first, the FCEV or the hydrogen fueling station. Introducing the Tucson Fuel Cell back in 2013 helped the industry advance forward and we followed that up with our most technologically-advanced fuel cell vehicle ever, the Hyundai NEXO in 2019.”

Hyundai sees FCEVs as one of its many decarbonizing transportation offerings and was the first automaker to offer car models in four different categories of “alternative powertrain,” or propulsion systems that don’t completely rely on an internal combustion engine.

Working together, this new fleet of vehicles could help make significant CO2 reductions possible, and, in homage to the fuel cell’s first major journey, this new path forward would truly be “one giant leap for mankind.”