In 2020, the UAE will launch a Mars space probe expected to reach the Red Planet by 2021 in time for the UAE’s 50th anniversary 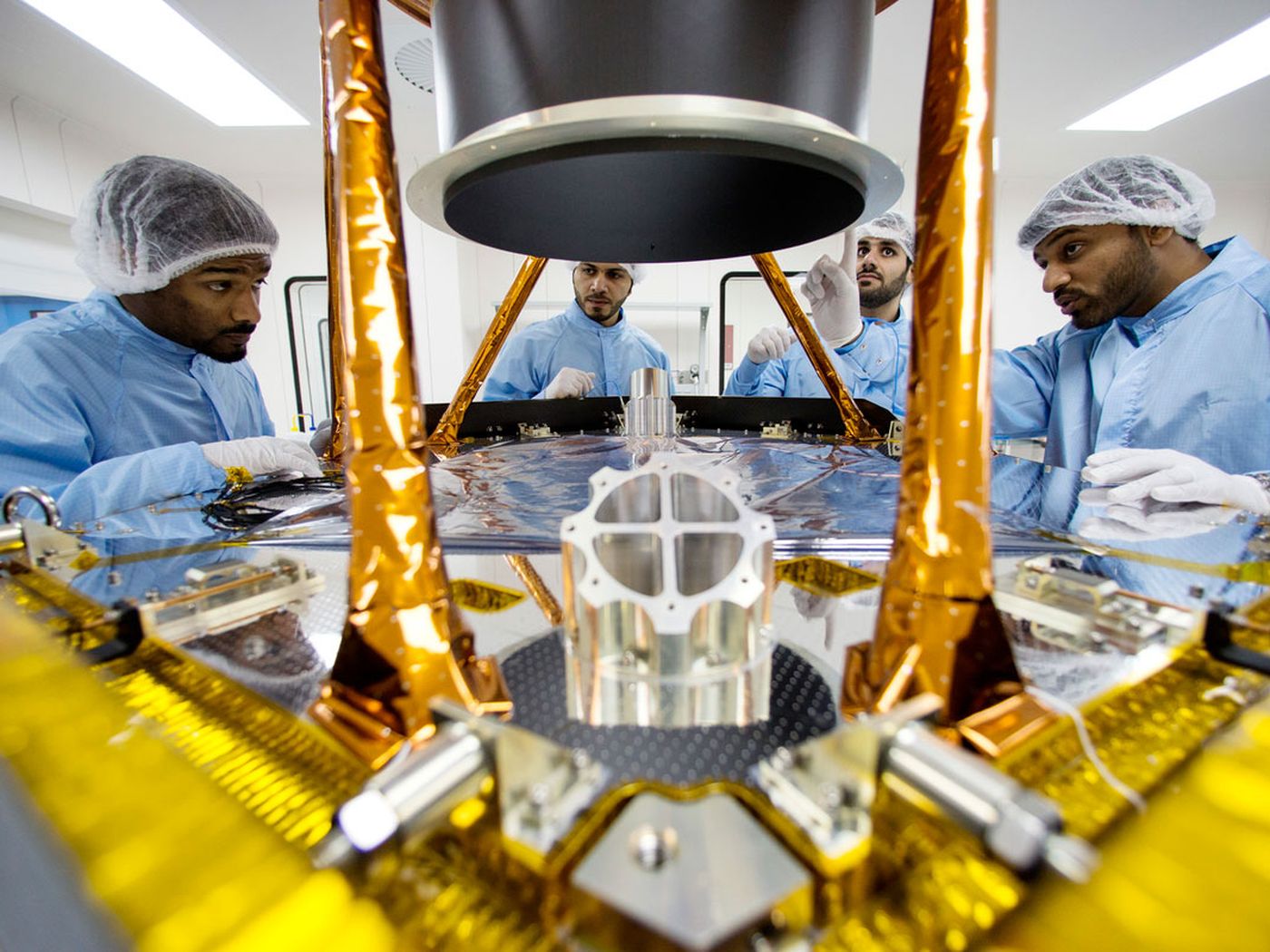 In 2020, the UAE will launch a Mars space probe expected to reach the Red Planet by 2021 in time for the UAE’s 50th anniversary. The first Arab mission to another planet, the Al Amal, or “Hope,” probe will capture the first comprehensive picture of the Martian climate. Thanks to its around-the-clock monitoring, the global science community will have the opportunity to study the relationship between Mars' current and ancient climates and investigate how atmospheres change over time.

Almost as impressive as humanity's ability to send a probe 37 million miles to Mars and the unprecedented data that this mission will collect is the fact that the woman spearheading the scientific mission on this project, Her Excellency Sarah Al Amiri, has barely embarked on her 30s. Not only that, but the majority of the 70-plus Emirati scientists and engineers she oversees are under 35.

“Our work requires a monumental shift in mindset, and young people are more able to adapt to change,” said Al Amiri, who also advises the UAE government on science and technology policies as its Minister of State for Advanced Sciences, in an interview with Scientific American. “People aged between 15 and 29 make up over 30 percent of the Middle East’s population, and they should be given big projects.”

This emphasis on empowering and employing youth is part of a national strategy to transition from an oil-dependent economy to a knowledge-based one.

Since its founding, the UAE has made education for both men and women a priority. As a young girl, Al Amiri dreamed of working on space exploration, but at the time, the UAE did not have a space sector. The UAE Space Agency, established in 2014, intends to make the country a hub of space education from elementary schools to universities through funding and mentorship opportunities.

“One of our central mandates at the UAE Space Agency is to inspire a future generation of space pioneers and provide them with the opportunities necessary to pursue a fulfilling career in the space sector and industry,” Dr. Mohammed Al Ahbabi, Director General of the UAE Space Agency told Gulf News.

In the summer of 2017, the UAE Space Agency and NASA collaborated to offer the UAE’s first space camp for children in Dubai. The agency has also collaborated with eight universities across the UAE to open research centers, develop space degrees and introduce students to key space personnel. Last summer, the American University of Sharjah announced the launch of a four-year bachelor’s degree in physics, which will include internships at the UAE Space Agency as well as the Mohammed bin Rashid Space Center.

In November, a nano-satellite developed by 20 students as part of Khalifa University’s space systems and technology master's program for the International Space Station launched successfully, shortly after the launch of the first UAE-built Earth observation satellite, KhalifaSat.

“While not the first nano-satellite developed in the UAE, MYSAT-1 is among the first to be developed by local students who have been taught within the country, at one of the UAE’s own universities,” Dr. Khaled Al Hashmi, Senior Director of Space Missions at the UAE Space Agency, wrote in an op-ed.

KhalifaSat and the Hope probe are just a few of the initiatives demonstrating to the next generation of scientists and engineers in the UAE and the region what is possible. This September, the first Emirati astronaut will arrive to the International Space Station, and by 2117 the UAE plans to build a self-sustaining habitable settlement on Mars.

“Mars 2117 is a seed we are sowing today to reap the fruit of new generations led by a passion for science and advancing human knowledge,” Sheikh Mohammed bin Rashid al Maktoum, Vice President and Prime Minister of the UAE and Ruler of Dubai, tweeted following the announcement.

As future-focused as the UAE’s ambitious plans are, investment in the program is also a nod to the region’s history and the Arab world’s legacy as a cradle of science and astronomy. During the Middle Ages, Islamic scientists refined ways to record the movement of stars and planets and propelled the world into a golden age of space science. Staring up at the night sky, many of the stars you see have names of Arabic origin. Take the stars that make up the constellation Orion’s Belt: Their names are Mintaka, Alnilam and Alnitak. “[Arab scientists] were among the first to use math and physics to explain what's happening with the heavens, to move away from mythology,” Al Amiri told Scientific American. “So we know what our potential is, because we've done it before. Our Mars mission is meant to stimulate that potential.”