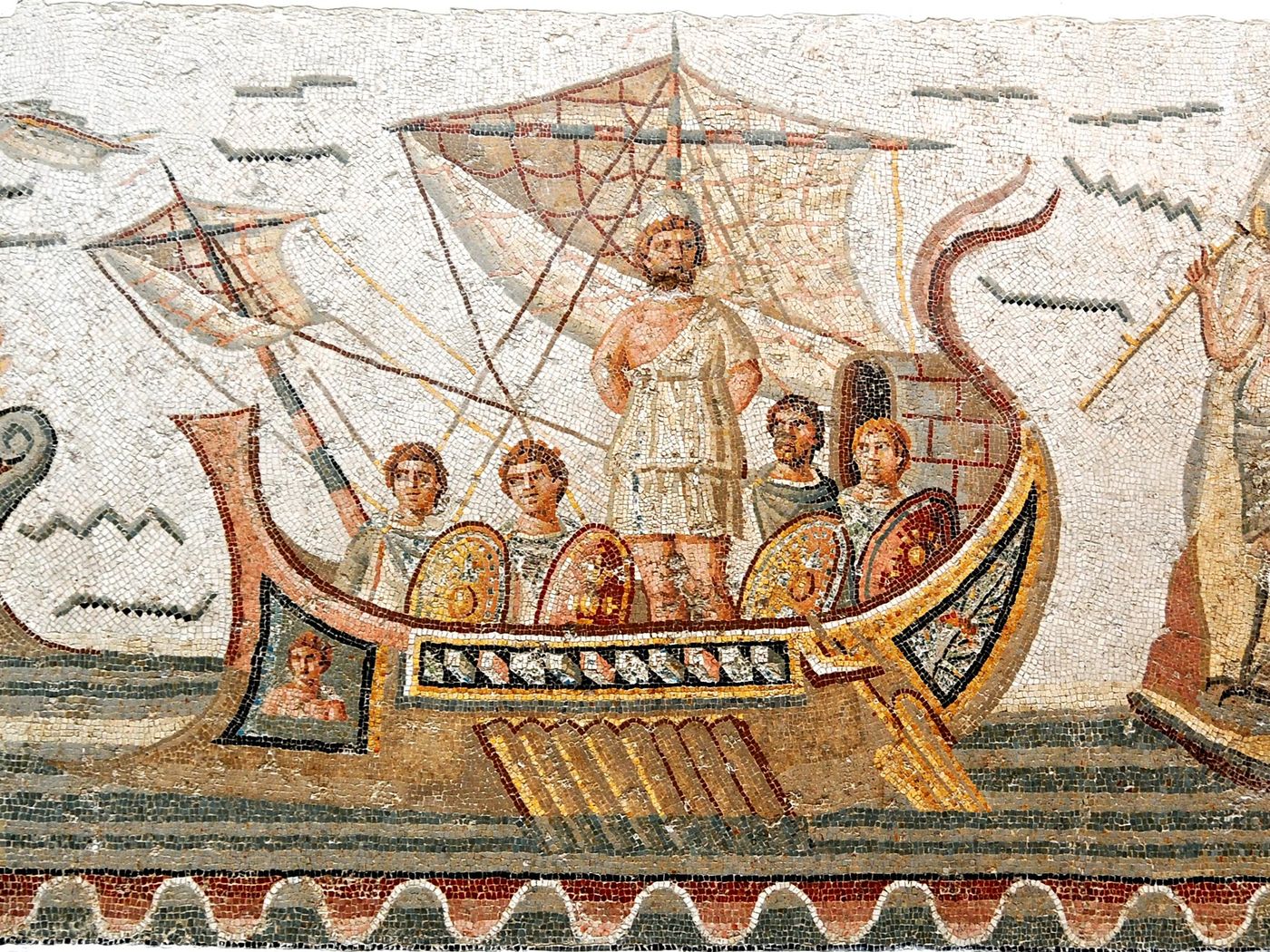 Over the course of 3,000 years, Tunisia has been home to many civilizations, and there's no better place to encounter them than at the National Bardo Museum. Housed in a former Beylic palace near the old city of Carthage, the museum is Tunisia's oldest and most important. Within its lavish halls, visitors find artifacts belonging to every era of Tunisian history, from a prehistoric altar to Hellenistic sculptures and Carthaginian jewelry.

While the Bardo Museum as a whole is impressive, one of the its main attractions is the staggering number of ancient mosaics that grace its walls and floors. Collected from Roman and Byzantine sites in Tunisia, the exceptionally well preserved mosaics occupy more than half of the museum’s display space and encompass the world’s largest collection of Roman mosaics.

Set in motion by the dissolution of Carthage, the era of Roman Africa was one of remarkable prosperity. After a century of Punic Wars, the Romans laid siege to Carthage beginning in 149 B.C., destroying the city and sowing its fields with salt. However, in 44 B.C., Julius Caesar reestablished Carthage as a Roman city. Soon, the fertile regions of northern Tunisia were responsible for much of empire’s grain production, and the region began to supply luxury items such as olive oil, gold, and even wild animals for colosseum shows to the empire. Having established its value as a territory, Roman Africa prospered through the turn of the fifth century. Cities were Romanized, monuments built and mosaics commissioned by wealthy families seeking status.

The J. Paul Getty Museum, which works to preserve mosaics abroad, notes that many North African Roman mosaics exhibit more vibrant colors than their Italian counterparts, a detail that has been attributed to the abundant supply of colored limestone and marble in the region. A shift in favor towards large-scale figural compositions, such as amphitheaters and hunt scenes, beginning in the third century A.D. has also been observed.

According to curator Aziza Mraihi, the Bardo Museum is "the major place to visit, to learn about the huge and rich history of Tunisia," and the mosaics offer a "unique" glimpse of life in Roman Africa. Depicting everything from mythological events to famous figures and day-to-day scenes, they function both as individual works of art and parts of a greater storyline.

The crown jewel of the mosaic and museum collection is the only known mosaic of the Roman poet Virgil. Dating to the third century, the mosaic was discovered in a villa at Sousse and depicts the poet writing his famous epic, The Aeneid, flanked by the muses of tragedy and history. Also from Sousse is the Triumph of Neptune depicting the god of the sea surrounded by the four seasons. Measuring over 100 square meters, it is one the largest preserved mosaics from the ancient world and hangs in the museum's entrance hall.

Other significant mosaics include a unique character portrayal of Diana the Huntress shooting a gazelle as well as a rare illustration of an Odyssey scene in which Ulysses resists the lure of Sirens. Explore these mosaics and more in the slideshow below, and head to the Bardo Museum's website to take a virtual tour.