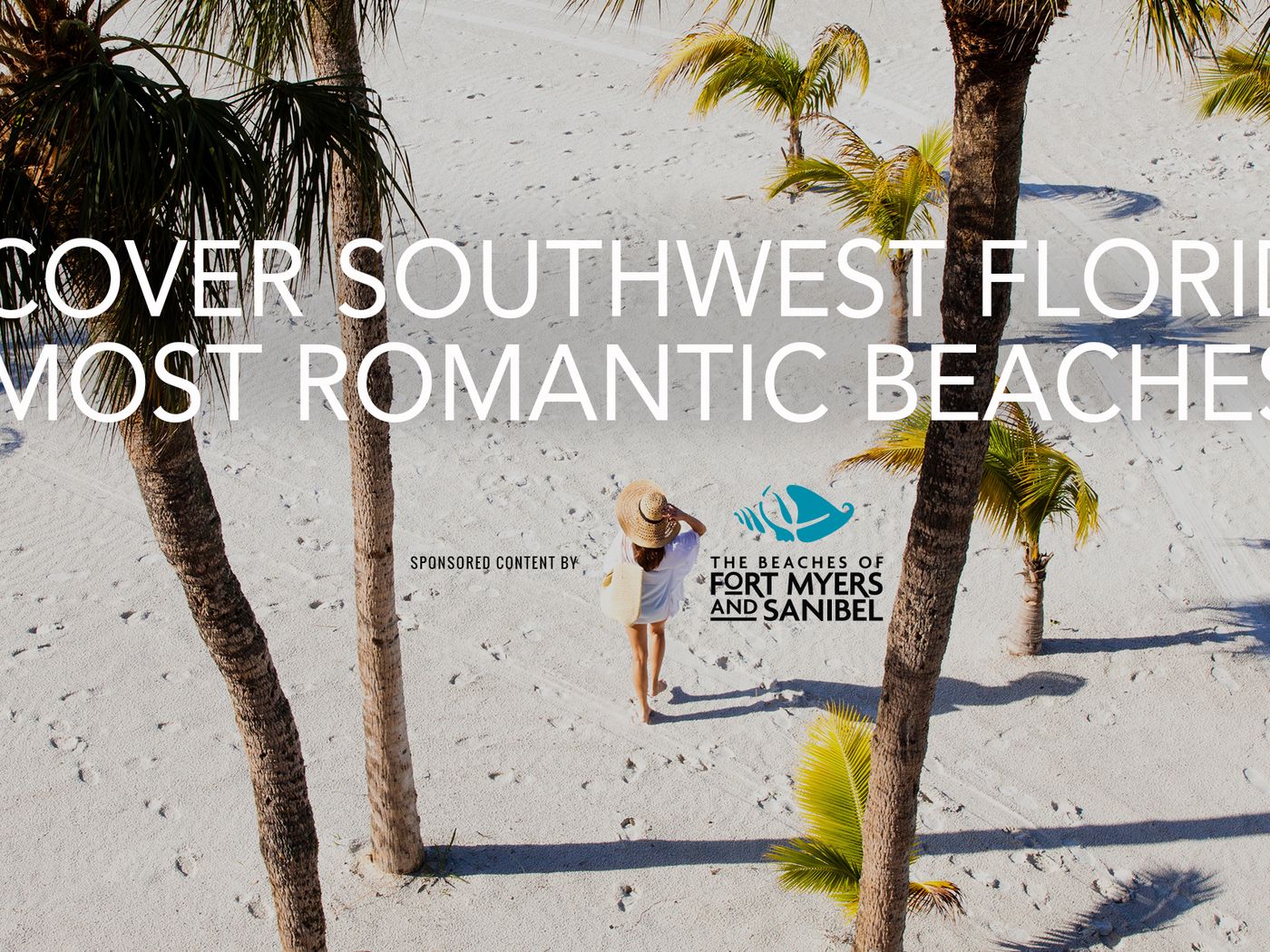 Soft sand stretches out for miles as scattered shells sparkle in the blazing rays of sunset like lost treasure. This is The Beaches of Fort Myers & Sanibel in the fall. The summer crowds are gone and the view is all yours. Fringed with forests and dotted with secluded coves, Southwest Florida’s barrier islands are the ideal place to escape the rush of everyday life. Fall asleep under star-studded skies, stroll boardwalks at sunset and kayak with gentle manatees at these six pristine beaches. The Beaches of Fort Myers & Sanibel will steal your heart.

In the early 20th century, Lovers Key beach could only be reached by boat and was a popular destination for couples in search of peace and quiet. Even though a bridge now connects the beach to Estero Island, an atmosphere of seclusion prevails. Just half a mile from the energetic shops of Fort Myers Beach, Lovers Key feels worlds away. Here, the only sounds are those of nature: crashing waves, rustling sea oats, shore birds calling to one other and bottlenose dolphins splashing in the shallows. Take the scenic tram ride to the beach over tidal lagoons, or wander the adjacent trails of Lovers Key State Park. For an unforgettable experience, rent a kayak and explore two and a half miles of the mangrove-protected estuary. Spot gentle West Indian manatees hovering below the surface, roseate spoonbills feeding near the water’s edge and the occasional bald eagle circling above in search of marsh rabbits.

Spanning seven miles along the Gulf side of Estero Island, Fort Myers Beach is known for its sugar-white sand, emerald-green waters and active waterfront. Spend a relaxed morning soaking up the Sunshine State's rays, then take out a pair of wave runners in the afternoon and watch dolphins play in your wake. Positioned towards the west, Fort Myers Beach boasts some of Southwest Florida’s most spectacular sunsets. Board a twilight cruise or walk to the end of the fishing pier to soak up iridescent end-of-day colors. Blink, and you might miss a stunning natural phenomenon: a flash of green light right as the sun disappears behind the horizon.

On Fridays and Saturdays throughout the year, the pedestrian area at the foot of the pier known as Times Square transforms into a live music “Sunset Celebration.” With sand still clinging to your feet and salt spray in your hair, meander past colorful boutiques, old-time markets, art galleries and street performers. The air buzzes with electricity and excitement. Grab an ice cream cone and head back to the beach, sit down at a bar for a specially crafted tropical drink or relax on one of the square’s many dining patios and enjoy the light sea breeze.

Cayo Costa State Park often feels like a private beach. Accessible only by boat or ferry, its nine miles of shoreline, surrounded by acres of pine forests, mangrove swamps and oak-palm hammocks, feel wild and undiscovered. Captiva Cruises and Tropic Star run ferries to the state park, and Tropic Star rents out kayaks for 24 hours. To feel truly cast away, spend a night in one of Cayo Costa’s rustic cabins or pitch a tent near the beach and fall asleep under star-studded skies. In the morning, wake up to an exclusive selection of shells. You might even stumble upon the flipper trails of a female sea turtle that ventured ashore in the night to lay her eggs. Though food and snorkeling equipment must be brought in, the park offers bike rentals for exploring the island’s nearly six miles of nature trails.

Captiva Island has consistently been named one of Florida’s most romantic beaches. Thanks to a gradual ocean drop-off and the island’s geographic positioning, its shoreline is lined each morning with all manner of sparkling shells. The former home of the Calusa tribe, conquistadors and pirates, the island’s mystique has attracted visitors for centuries. Watch pods of dolphins dance in crystal blue, sub-tropical waters from the deck of an outdoor bar or cruise along coastal Captiva Drive past giant cacti and ruby hibiscus. Captiva’s many nooks and crannies make it easy to find a spot that feels entirely yours.

The larger sister of Captiva, Sanibel Island is known around the world for its shelling. It’s almost impossible not to assume the “Sanibel Stoop” when walking its sandy shores, as something will inevitably catch your eye. Though one of the island’s most popular destinations, Bowman’s Beach feels pristine and quiet, with many private spots for swimming, beachcombing and windsurfing. Picnic areas, complete with grills and outdoor showers, speckle the shoreline, and marked trails take you through quiet wooded areas. Get lost wandering trails in the nearby J.N. “Ding” Darling Wildlife Refuge, home to some of Florida’s most iconic species, including manatees, alligators, spoonbills and gopher tortoises.

Constructed in 1884, the Sanibel Lighthouse sits at the eastern tip of Sanibel Island between San Carlos Bay and the Gulf. A National Historic Monument, the lighthouse, skirted by a picturesque beach, is one of Sanibel’s most photographed sites. Look for shells washed up by strong currents at sunrise, or cast a line from the wooden boardwalk and toss your catch on the grill for lunch or dinner. Relaxed is the order of the day here. After your meal, stroll or bike through protected wetlands where ospreys nest in the winter.