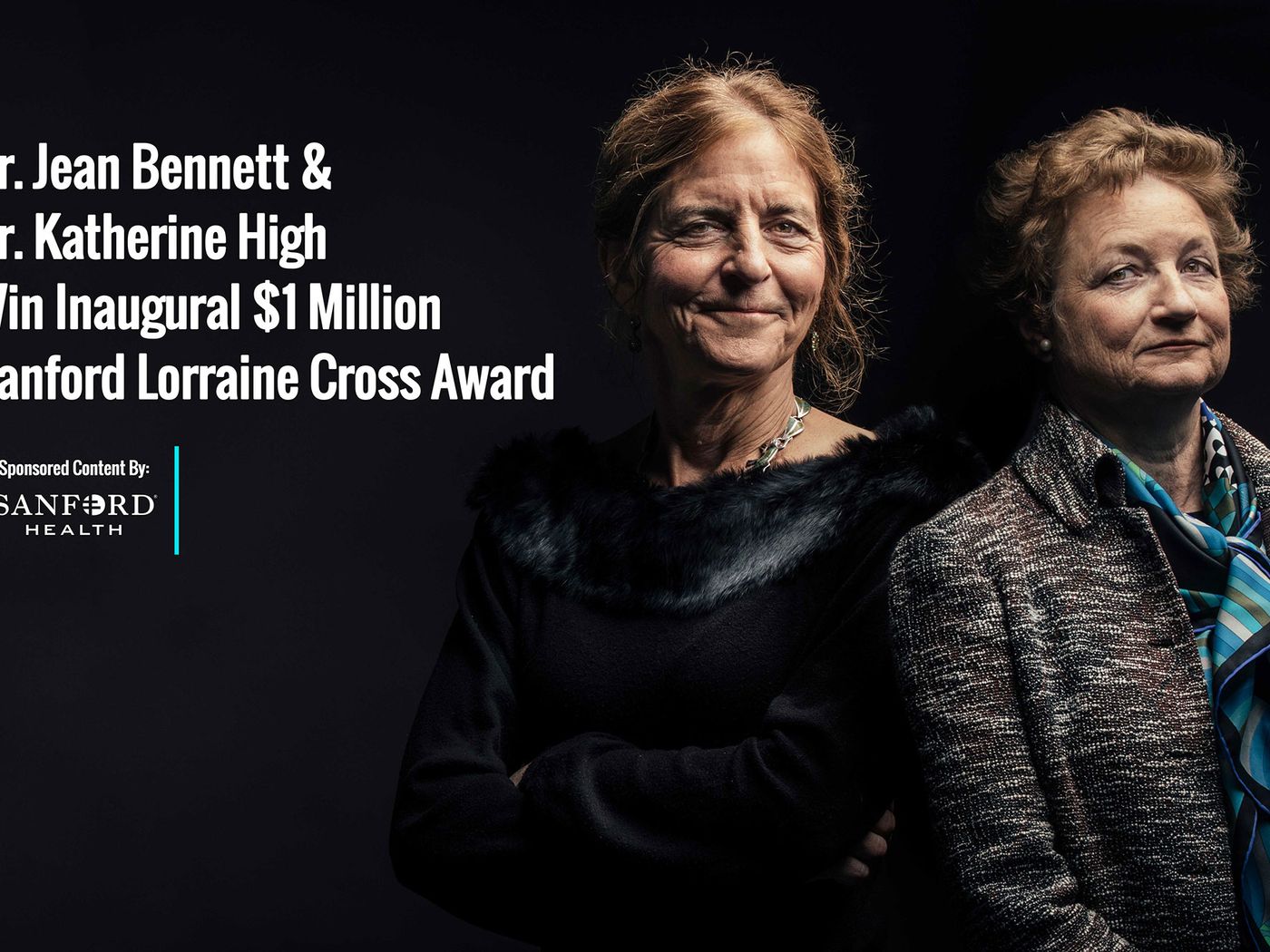 Sight is something many of us take for granted. For Dr. Jean Bennett and Dr. Katherine High, it’s a precious gift that they’re restoring in dozens of patients. For their work in creating the first FDA-approved drug for genetic treatments for blindness, they won the inaugural $1 million Sanford Lorraine Cross Award last December at an award ceremony sponsored by Sanford Health. But to understand the impact of their work, you must rewind to its beginnings.

Back in the 1990s, gene therapy was just a budding concept. One that intrigued both Dr. Bennett and Dr. High early in their careers. After meeting and collaborating at several gene therapy seminars and retreats, the doctors developed a bond and friendship that would last decades. Little did they know how pivotal it would become to the field.

At the University of Pennsylvania, Dr. Bennett was testing gene therapy – replacing a missing or mutated gene with a healthy one – to repair vision in dogs with Leber’s congenital amaurosis (LCA), a genetic condition that eventually causes blindness.

“One of our collaborators in the veterinary school had the wisdom long ago to study puppies and dogs who were blind,” says Dr. Bennett. “One person came into the clinic with a large dog, a Briard. It sired some puppies, which were then crossed to generate a line of dogs which had two bad copies of this one gene. And lo and behold, the Swedish Briards had the same exact mutation as found in the humans. So, we proceeded to study these dogs, knowing they were likely a great candidate for gene therapy.”

These studies yielded amazing results, as Dr. Bennett and her collaborators were able to restore the dogs’ sight through gene therapy treatment. “Ninety-nine percent of the time we saw this remarkable reversal of the blindness,” she says.

But to pursue human clinical trials, she needed financial support. Support that came in the form of a funding opportunity presented by Dr. High.

“Then, one day - I can remember the exact day,” Dr. Bennett says. “One Dr. Katherine High knocked on my office door, sat down and said, ‘Jean, how would you like to run a clinical trial?’”

As Dr. Bennett had been researching LCA, Dr. High had been working in hematology, pursuing gene therapy for hemophilia. While they stayed in touch, she heard about Dr. Bennett’s discoveries, which stayed in the back of her mind for years.

Support for gene therapy had waned in recent years following controversial clinical trials in the field.

“At the time, things looked really bleak for gene therapy. Everyone was walking away,” says Dr. High. “But I was convinced we were not seeing any problems that could not eventually be solved.”

So Dr. High paved her own trail, securing funding for a human clinical trial through the Children’s Hospital of Philadelphia (CHOP). She took this opportunity directly to Dr. Bennett, knowing her LCA discoveries could change the course of treatment for patients worldwide.

The doctors’ first human clinical trial with LCA patients began in 2007. And from there, their collaboration resulted in unstoppable success.

Patients in the trial saw dramatic improvement in just weeks and even days after treatment.

“I had to pinch myself to remind myself that this is real,” says Dr. Bennett as she recalls analyzing the initial data. “I downloaded the numbers, brought them home, spread out my computer and my tables on our dining room table and I plotted it out…and it was phenomenal. The results were so dramatic. I ended up analyzing all the data that night.”

Patients who were once completely or partially blind were now able to see their families, go to school, go to work and live normal lives as if their LCA symptoms were cured.

“Patients are really the reason we do this work,” says Dr. High. “They are the north star of a lot of what we do. Their life is limited in a way, but they have talents that they can use to help solve problems in the world. But they need a chance.”

To get this treatment across the finish line, Dr. High and Dr. Bennett knew they’d need more than data – they’d need a company to help with the FDA approval process, production and distribution. After years of working as a medical investigator, Dr. High found herself in a new role – President and Head of R&D at Spark Therapeutics, a company founded by CHOP to develop and distribute gene therapy drugs.

“Kathy understood the whole process of developing gene therapy as a drug,” says Dr. Bennett. “She and I have the same mission, and we were experts at these areas that needed to intersect. As she said, ‘We move forward joined at the hip.’”

Their drug, Luxturna™, eventually became the first FDA-approved gene therapy, opening the door for many future breakthroughs, including the honor of receiving the Sanford Lorraine Cross Award.

The Sanford Lorraine Cross Award was founded by Sanford Health to honor medical mavericks and finishers who’ve overcome obstacles to push an innovation across the finish line, impacting global health today. The award is named for the Lorraine Cross, a symbol recognized around the world for healing.

“I think that what’s great about the award is that it really uniquely highlights the importance of making it all the way to the finish line,” says Dr. High. “I was delighted that somebody wanted to reward not just medical breakthroughs, but medical breakthroughs where people pushed to get it over the finish line because I really do think that that is a critical and perhaps underrated field of human endeavor.”

The prize will be awarded every other year with the goal of being one of the top five most lucrative awards celebrating transformative breakthroughs in medical care. The nominees were filtered through nominations from the public along with a computer algorithm that sifted through medical publications in search of great discoveries. An interdisciplinary scientific advisory board identified top areas of innovation and the candidates were narrowed down to the top four.

For Dr. Bennett and Dr. High, the award was the realization of decades of work.

“I just want to thank my research partner,” Dr. High said of Dr. Bennett. “Her deep understanding of this and her commitment were keys to seeing this through. One day we would be able to turn genes into medicines. But as you heard today, it took a tremendous amount of work in the laboratory. I want to thank the Sanford Health system for rewarding innovation.”

And in terms of the future of medical research, the doctors hope this discovery sparks more breakthroughs for scientists around the world through hard work, thoughtfulness and determination.

“The bottom line is – we would not take no for an answer,” said Dr. Bennett. “We always found a way to navigate around these hurdles. We had such trust in each other’s scientific prowess and our standards. It was just an obvious collaboration.”

Innovation for a Better Tomorrow 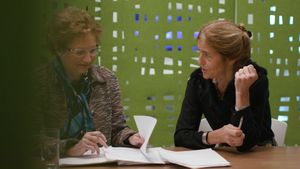 Innovation for a Better Tomorrow