Did You Know That the Designs On Some White House China Are Patented?

Two, possibly three, of the 19 china services that have been made for 17 U.S. presidents are covered by design patents 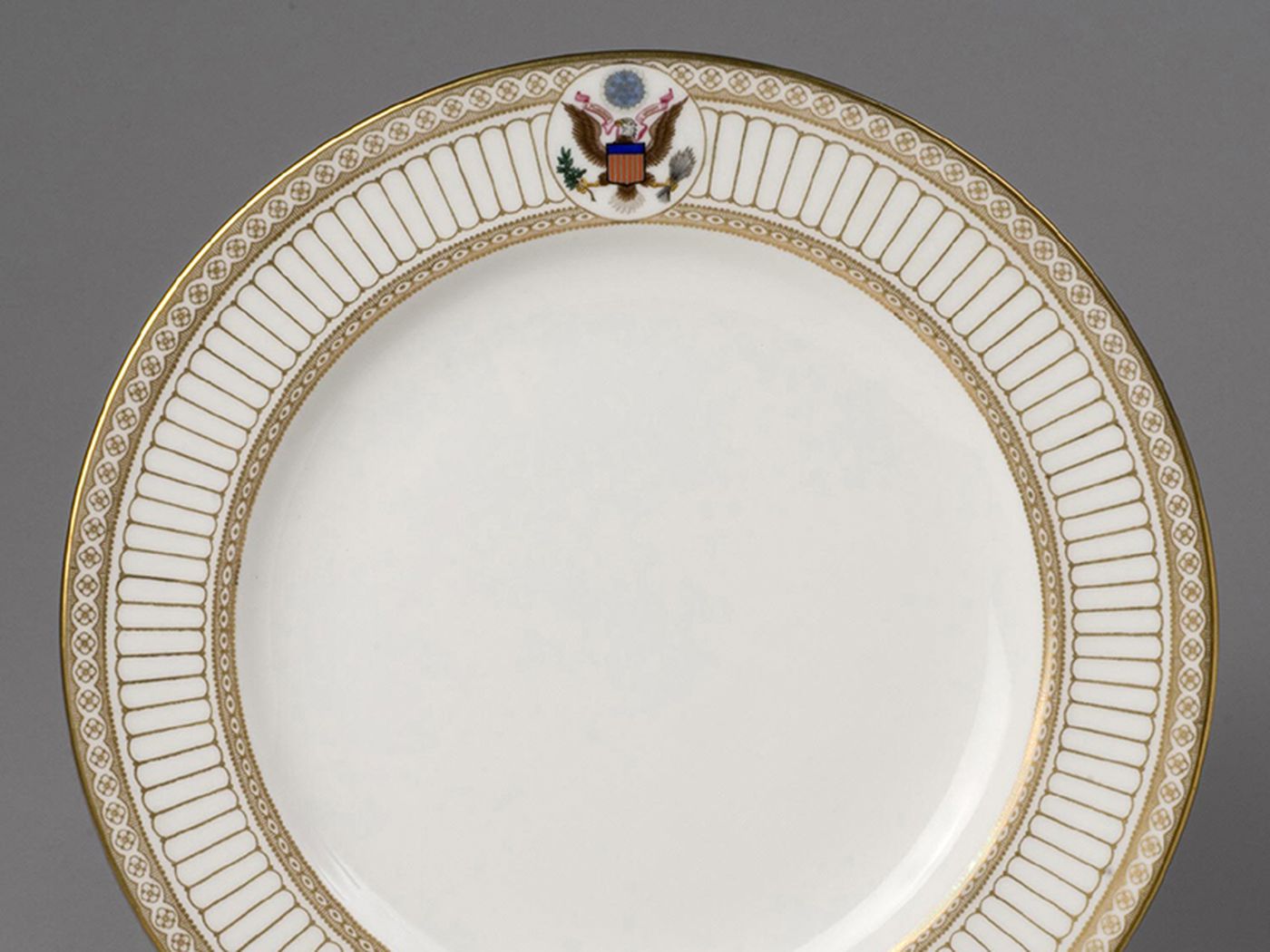 The White House has long been the place where the United States has hosted the world. Over the years that has taken a lot of china.

President James Monroe was the first to ask, in 1817, for a special dinner service to be used at the residence. Congress had appropriated funds for the purchase of china after British troops burned the White House in 1814. Since then, it has become a tradition for the president and first lady to choose a china set. President Monroe’s china had an eagle with wings outstretched on each of the plates. Lady Bird Johnson selected a set with American wildflowers on the plates’ edges, and First Lady Michelle Obama opted for a service with a “Kailua blue” band, inspired by the color of Hawaiian waters, on its plates and cups.

While 19 full services have been made for 17 presidents, with French companies dominating the 19th century and American manufacturers popular in the 20th and 21st century, it appears that two, possibly three, services have been patented: those for Rutherford B. Hayes and Theodore Roosevelt were clearly covered by design patents, and the third possibility is the Reagan service.

The first service was patented at the height of the gilded age in the Victorian era, when a show of excess was a show of wealth, power and stature. It was a time when the White House was decorated in high Victorian fashion. In 1879, Lucy Hayes, the wife of President Rutherford B. Hayes, found the need, like many First Ladies, for a new set of china that reflected the style of the time and met her the needs at the White House.

Theodore Davis, who was an illustrator for Harper’s Weekly, produced images illustrating various American flora and fauna for the service, created by porcelain manufacturer Haviland and Co. in Limoges, France. The illustrations on different parts of the service became the basis for several patents issued on August 10, 1880. While Davis was listed as the inventor, the patents were assigned to Haviland and Co.

The second patented set is the Theodore Roosevelt White House china, which was designed to reflect the change in taste from the more elaborate aesthetics of the Victorian era to a classicism, echoed in the 1902 renovations of the White House by McKim, Mead, and White.   Produced by Wedgwood, the service was patented on June 16, 1903, to its designer Armand Léger of Fenton, England (Pat. No. D36,363).