A Brief History of Solar Panels

Inventors have been advancing solar technology for more than a century and a half, and improvements in efficiency and aesthetics keep on coming 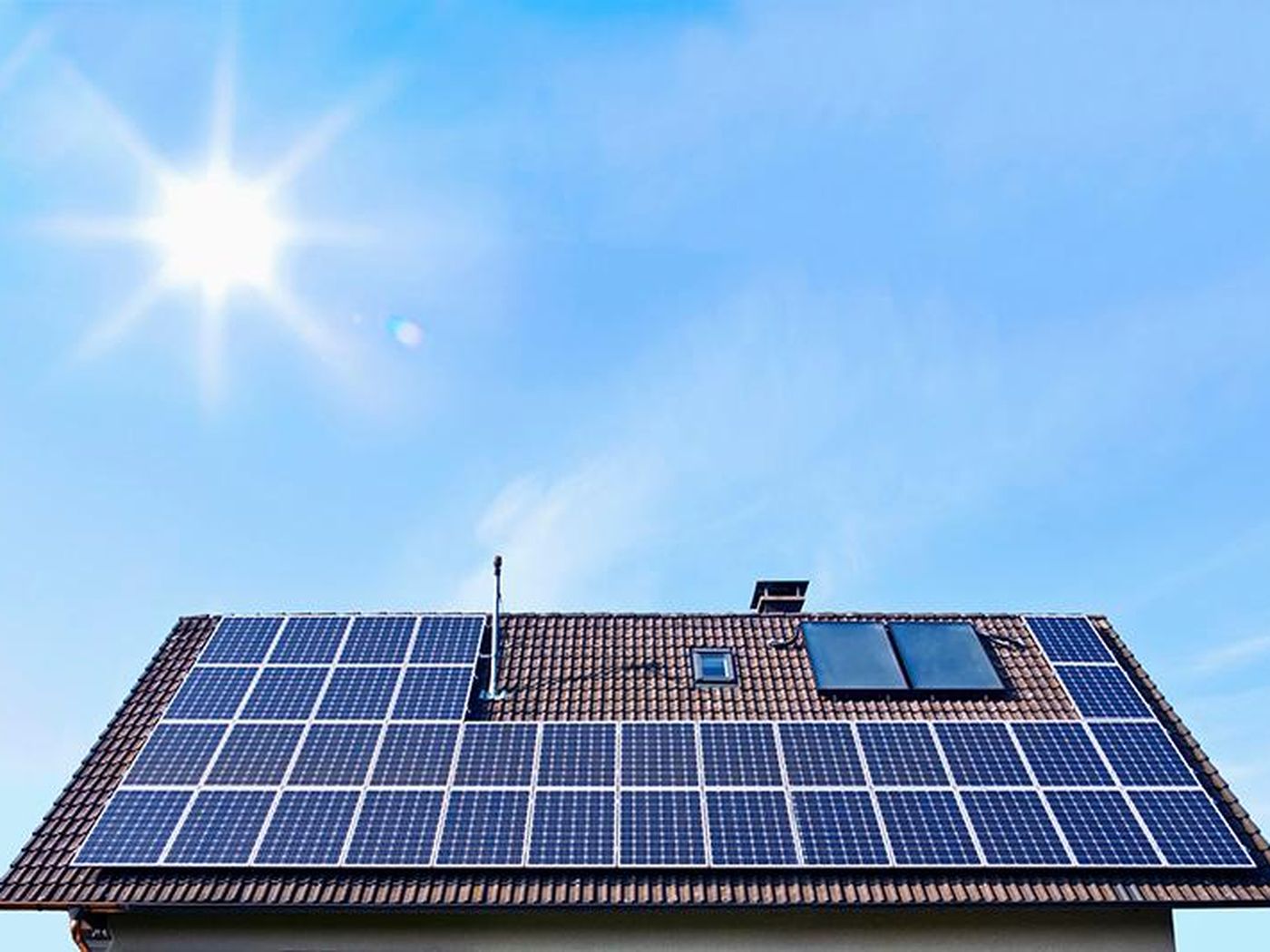 Long before the first Earth Day was celebrated on April 22, 1970, generating awareness about the environment and support for environmental protection, scientists were making the first discoveries in solar energy. It all began with Edmond Becquerel, a young physicist working in France, who in 1839 observed and discovered the photovoltaic effect— a process that produces a voltage or electric current when exposed to light or radiant energy. A few decades later, French mathematician Augustin Mouchot was inspired by the physicist’s work. He began registering patents for solar-powered engines in the 1860s. From France to the U.S., inventors were inspired by the patents of the mathematician and filed for patents on solar-powered devices as early as 1888.

Take a light step back to 1883 when New York inventor Charles Fritts created the first solar cell by coating selenium with a thin layer of gold. Fritts reported that the selenium module produced a current “that is continuous, constant, and of considerable force.” This cell achieved an energy conversion rate of 1 to 2 percent. Most modern solar cells work at an efficiency of 15 to 20 percent. So, Fritts created what was a low impact solar cell, but still, it was the beginning of photovoltaic solar panel innovation in America. Named after Italian physicist, chemist and pioneer of electricity and power, Alessandro Volta, photovoltaic is the more technical term for turning light energy into electricity, and used interchangeably with the term photoelectric.

Only a few years later in 1888, inventor Edward Weston received two patents for solar cells – U.S. Patent 389,124 and U.S. Patent 389,425. For both patents, Weston proposed, “to transform radiant energy derived from the sun into electrical energy, or through electrical energy into mechanical energy.” Light energy is focused via a lens (f) onto the solar cell (a), “a thermopile (an electronic device that converts thermal energy into electrical energy) composed of bars of dissimilar metals.” The light heats up the solar cell and causes electrons to be released and current to flow. In this instance, light creates heat, which creates electricity; this is the exact reverse of the way an incandescent light bulb works, converting electricity to heat that then generates light.

That same year, a Russian scientist by the name of Aleksandr Stoletov created the first solar cell based on the photoelectric effect, which is when light falls on a material and electrons are released. This effect was first observed by a German physicist, Heinrich Hertz. In his research, Hertz discovered that more power was created by ultraviolet light than visible light. Today, solar cells use the photoelectric effect to convert sunlight into power. In 1894, American inventor Melvin Severy received patents 527,377 for an "Apparatus for mounting and operating thermopiles" and 527,379 for an "Apparatus for generating electricity by solar heat." Both patents were essentially early solar cells based on the discovery of the photoelectric effect. The first generated “electricity by the action of solar heat upon a thermo-pile” and could produce a constant electric current during the daily and annual movements of the sun, which alleviated anyone from having to move the thermopile according to the sun’s movements. Severy’s second patent from 1889 was also meant for using the sun’s thermal energy to produce electricity for heat, light and power. The “thermos piles,” or solar cells as we call them today, were mounted on a standard to allow them to be controlled in the vertical direction as well as on a turntable, which enabled them to move in a horizontal plane. “By the combination of these two movements, the face of the pile can be maintained opposite the sun all times of the day and all seasons of the year,” reads the patent.

Almost a decade later, American inventor Harry Reagan received patents for thermal batteries, which are structures used to store and release thermal energy. The thermal battery was invented to collect and store heat by having a large mass that can heat up and release energy. It does not store electricity but “heat,” however, systems today use this technology to generate electricity by conventional turbines. In 1897, Reagan was granted U.S. patent 588,177 for an “application of solar heat to thermo batteries.” In the claims of the patent, Reagan said his invention included “a novel construction of apparatus in which the sun’s rays are utilized for heating thermo-batteries, the object being to concentrate the sun’s rays to a focus and have one set of junctions of a thermo-battery at the focus of the rays, while suitable cooling devices are applied to the other junctions of said thermo-battery.” His invention was a means to collecting, storing and distributing solar heat as needed.

In 1913, William Coblentz, of Washington, D.C., received patent 1,077,219 for a “thermal generator,” which was a device that used light rays “to generate an electric current of such a capacity to do useful work.” He also meant for the invention to have cheap and strong construction. Although this patent was not for a solar panel, these thermal generators were invented to either convert heat directly into electricity or to transform that energy into power for heating and cooling.

By the 1950s, Bell Laboratories realized that semiconducting materials such as silicon were more efficient than selenium. They managed to create a solar cell that was 6 percent efficient. Inventors Daryl Chapin, Calvin Fuller, and Gerald Pearson (inducted to the National Inventors Hall of Fame in 2008) were the brains behind the silicon solar cell at Bell Labs. While it was considered the first practical device for converting solar energy to electricity, it was still cost prohibitive for most people. Silicon solar cells are expensive to produce, and when you combine multiple cells to create a solar panel, it's even more expensive for the public to purchase. University of Delaware is credited with creating one of the first solar buildings, “Solar One,” in 1973. The construction ran on a combination of solar thermal and solar photovoltaic power. The building didn’t use solar panels; instead, solar was integrated into the rooftop.

It was around this time in the 1970s that an energy crisis emerged in the United States. Congress passed the Solar Energy Research, Development and Demonstration Act of 1974, and the federal government was committed more than ever “to make solar viable and affordable and market it to the public.” After the debut of “Solar One,” people saw solar energy as an option for their homes. Growth slowed in the 1980s due to the drop in traditional energy prices. But in the next decades, the federal government was more involved with solar energy research and development, creating grants and tax incentives for those who used solar systems. According to Solar Energy Industries Association, solar has had an average annual growth rate of 50 percent in the last 10 years in the United States, largely due to the Solar Investment Tax Credit enacted in 2006. Installing solar is also more affordable now due to installation costs dropping over 70 percent in the last decade.

That said, at least until recently, the means to find a viable and affordable energy solution is more important than making solar cells aesthetically pleasing or beautiful. Traditional solar panels on American rooftops aren’t exactly subtle or pleasing to the eye. They’ve been an eyesore for neighbors at times, and surely a pain for homeowners associations to deal with, but the benefits to the environment are substantial. So, where’s the balance? Today, companies are striving towards better looking and advanced solar technology, such as building-applied photovoltaic (BAPV). This type of discreet solar cell is integrated into existing roof tiles or ceramic and glass facades of buildings.

Solus Engineering, Enpulz, Guardian Industries Corporation, SolarCity Corporation, United Solar Systems, and Tesla (after their merger with SolarCity) have all been issued patents for solar cells that are much more discreet than the traditional solar panel. All of the patents incorporate photovoltaic systems, which transform light into electricity using semiconducting materials such as silicon. Solar panels and solar technology has come a long way, so these patented inventions are proof that the technology is still improving its efficiency and aesthetics.