Arizona: Serving Up Dazzling Dishes With a Side of History

History, heritage and gastronomy collide in this one-of-a-kind dining destination 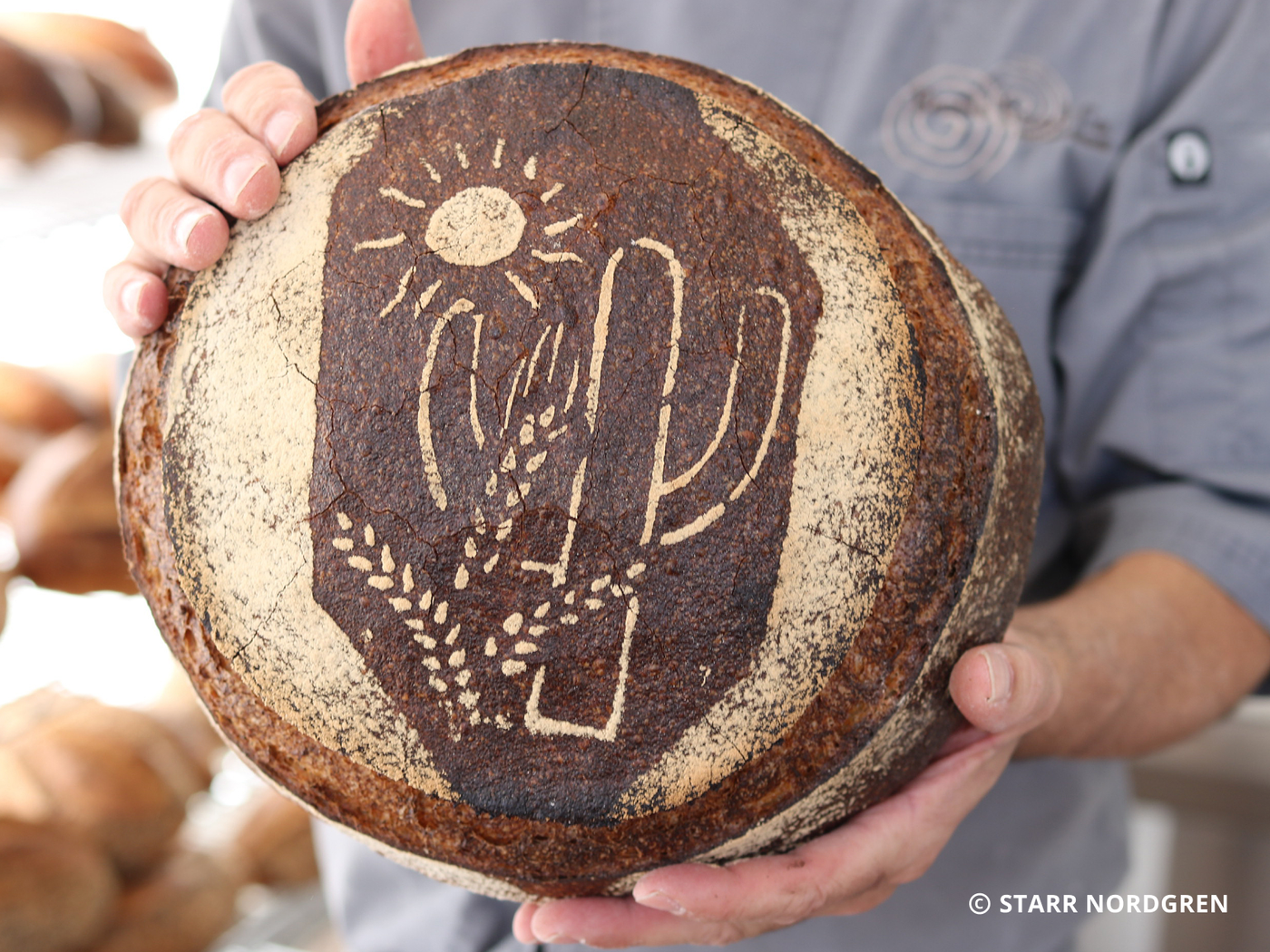 Whether your ideal eating experience is a casual mom-and-pop stop or elevated James Beard Award-winning dining, there is no limit to good food in Arizona. In fact, people have been dining well here not just for years or decades—but millennia. Arizona’s gastronomy has a history dating back more than 4,000 years, with heavy influences coming by way of its American Indian, Mexican and American ranch-style cowboy traditions, among others.

And while hungry visitors will find influences from Arizona’s dynamic food history on display at eateries throughout the state, something truly unique is taking place in the city of Tucson. In 2015, Tucson became the first UNESCO City of Gastronomy in the United States—a designation that recognizes urban centers for how they utilize cultural heritage and creativity as key factors for sustainable development. In particular, Tucson's gastronomy offers a culturally layered cuisine, blending heritage foods endemic to the southwest region with traditions dating as far back as 2,000 B.C. and as recently as 2022.

"One thing visitors will notice is that this deep food heritage is not frozen in the past, but is very much alive,” says Jonathan Mabry, Executive Director of the Tucson City of Gastronomy organization. “Not only can they sample outstanding versions of traditional dishes of the region, but in our many chef-driven restaurants they can also taste new takes on old favorites and creative new dishes using heritage ingredients.”

At first blush, Arizona’s arid climate may seem like an unlikely breadbasket, but it is in fact home to some of the oldest continuously inhabited and cultivated areas in the United States. Archeological records detail habitation and crop cultivation extending back to 2,000 B.C., predating even the Ancestral Puebloans who settled in the Four Corners area circa 1,200 B.C.; indigenous food influences ripple throughout Arizona food culture. For example, squash, beans and corn—the “three sisters” of American Indian cooking highlight just a few ingredients used in dishes served on many of the state's tribal lands as well as restaurants tables, along with lamb, cholla buds and frybread. Today, 22 federally recognized Tribes call the state home, and their communities’ influence on the local palate is undeniable with chefs like Nephi Craig serving up White Mountain Apache-inspired fare at Café Gozhóó.

Likewise, the spices and fragrances of Arizona cuisine draw heavily from its Spanish and Mexican influences. In the early 16th century, Spanish conquistadors and missionaries first made contact with Mexico, bringing livestock and cattle to the region as early as the 1690s. While it would be centuries before the ranching boom of the 1800s to 1900s, early livestock highlight the layering impact each of the many groups play in creating the food culture of Arizona today. A direct line can be drawn from the Arizona dining table to the modern-day Mexican state of Sonora, a wheat-growing, cattle-ranching region that lent the state some of its most delectable creations: salsa, tamales, enchiladas and chimichangas.

As the United States experienced westward expansion in the 1800s, the flavors of the state’s cuisine yet again morphed, taking on new contours borrowed from the cowboy culture and its traditions as cattle ranching expanded. By the end of the century, citrus had also arrived with developer William J. Murphy planting trees, most of them oranges, in the area known today as Scottsdale, Arizona. By the 1930s, more than 21,000 acres of citrus were growing across the state, further deepening the layers and taste of every bite found here.

“The coming together of cultures, the mix of indigenous, Mexican, and newcomers to the region makes for a pretty interesting culinary footprint,” says Eisele, who is also one of the organizers of the Tucson Meet Yourself folklife festival. The annual three-day festival brings families, community clubs and small businesses together and puts on display the varied origins of modern Arizona dining. “It’s a beautiful way to recognize that while Arizona and the Sonoran Desert has rich gastronomic origins, it also continues to evolve. You have indigenous food traditions being represented by the San Xavier cooperative farm producers’ white tepary beans in some booths, and beside them will be a couple that makes vegan Egyptian food, or a booth with a taste of Bosnia.”

Local farmers still grow more than 160 of the same heirloom varieties of fruit, grains and vegetables that were originally grown over a century ago in Arizona. Those heritage ingredients can be found across the state, from desert plains to mountain forests. Take, for example, the cactus. The juicy, red fruit of the saguaro or prickly pear cactus has traditionally provided much-needed rejuvenation to Tribes and cowboys traveling through the desert. The Tohono O’odham people used the fruit in their rainmaking ceremonies; others turn it into juice or dry it into candy. Today, the flavors of the prickly pear, minus the prickles, can be sampled in barbecue sauces and drink syrups at some of the finest restaurants in the state.

Another flavor commonly detected by Arizona diners is mesquite, the wood of the mesquite tree which has been used for generations as a local charcoal. The smoky, distinct mesquite flavor is infused into grilled meats, and the tree’s seed pods are also ground down into a flour that is so sweet that it could substitute for sugar in some recipes. Another heritage meat to try is the Navajo-Churro sheep, the oldest surviving breed of sheep, introduced to the U.S. in the 1600s. The tender meat of the lambs is a seasonal state delicacy.

To experience everything the state’s gastronomy has to offer, Tucson is a good first stop. High in the Sonoran Desert, the city’s dining scene has never been better, or more diverse.

At Tito & Pep in the Midtown neighborhood, Chef John Martinez fires up his grill with local mesquite wood, turning out contemporary dishes that encompass the spirit of the southwest. Start with fire-roasted eggplant agrodolce or grilled octopus with salsa macha, but don’t forget the harvest vegetable pozole, a house favorite.

For a taste of traditional baking techniques, get in line at Barrio Bread. Owner Don Guerra won the James Beard for “Outstanding Baker, Southwest” in 2022 thanks to his highly skilled use of Sonoran heritage grains to create unique breads like the Einkorn, a 100 percent wheat grain loaf, and the Khorasan, made from an ancient, drought-tolerant grain grown locally.

For something a little stronger, a stop at the Whiskey Del Bac distillery offers visitors a robust flavor and aroma of the southwest in a local, grain-to-glass American single malt whiskey that's influenced by mesquite rather than peat. The handcrafted liquor, which is aged in the desert and bottled in Tucson, is made from 100% malted barley and comes in varieties to suit any mood or season.

And don’t miss a visit to Zemam’s, the city’s favorite Ethiopian restaurant. Amanuel Gebremariam fled his country and resettled in the city in the early 1990s. Since then, he's become a great example of the many global influences that people have brought to the table in Arizona, from grocery stores to food trucks.

Beyond Tucson, there is Kai, inside the Sheraton Grand at Wild Horse Pass in Chandler. The state’s only AAA Five Diamond Award restaurant, Kai means “seed” in the Pima language, and its menu accordingly rotates through native ingredients.

Finally, few visits to the state are complete without a bite at Bacanora, the renowned restaurant from Chef Rene Andrade where traditional, sneakily complex Sonoran flavors reach new heights via burritos and elote. The dining is so standout that it has been named one of the best restaurants in America by both Esquire and Bon Appétit magazines.