While you could spend weeks exploring Qatar, this itinerary will introduce you to Qatar’s best natural and cultural treasures 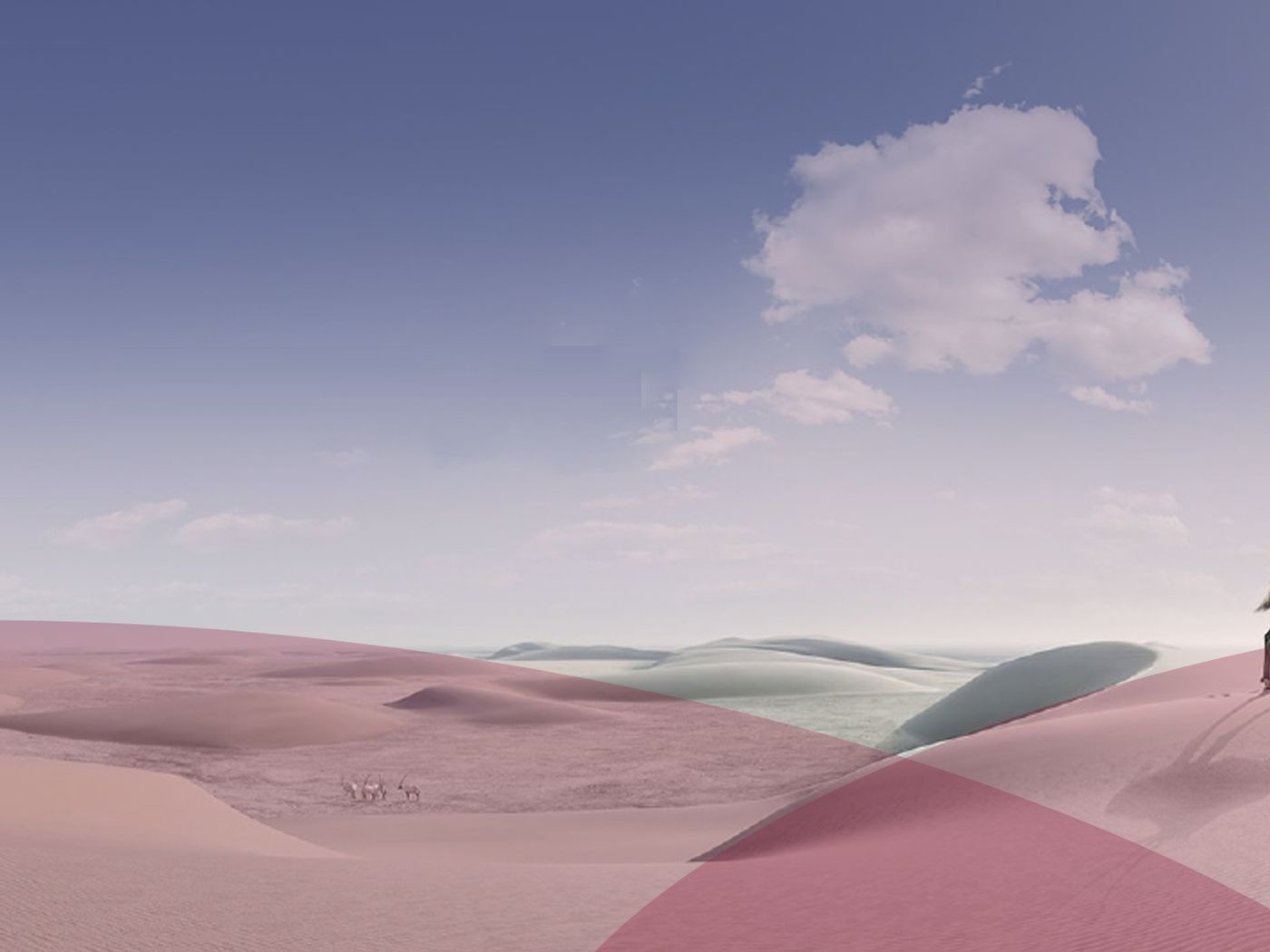 From centuries-old maritime forts to state-of-the-art museums and from majestic desert sands to lush mangrove forests, Qatar is a land of rich contrasts. Combining old-world sensibility with cosmopolitan sophistication, it offers something for every traveler. What's more, travelers on Qatar Airways can book a stopover for up to four nights in the vibrant capital city of Doha. While you could spend weeks exploring Qatar, this itinerary will introduce you to Qatar's best natural and cultural treasures.

Located on Qatar's eastern coast between Doha's West Bay and The Pearl neighborhoods, Katara Cultural Village is one of the country's preeminent cultural hubs. Opened in 2010, it is home to an impressive network of theaters, galleries and performance venues featuring artists from around the country. Spend the morning wandering through the village's narrow alleyways past waterways and structures inspired by ancient Arabian architecture. Whether or not you reserve tickets for a concert, show or exhibition, there is no shortage of things to do and see. Stop into one of its many top-tier restaurants offering up a wide range of cuisines, soak up rays at the well-maintained Katara Beach or stroll along its promenade, enjoying expansive views of Doha’s skyline and browsing the seaside food stalls and markets. If you're visiting Qatar in late November, don't miss the Doha Film Institute’s annual Ajyal Youth Film Festival, one of the village's signature calendar events.

This afternoon, head south to the Museum of Islamic Art, where in the space of just a few hours, you can travel through 14 centuries of Islamic history. Housed in a Pritzker Architecture Prize-winning modern building, the museum's collection of textiles, manuscripts, ceramics, glass, metalwork and more is regarded as one of the world's leading collections of Islamic art. Highlights include a 19th-century jewel-encrusted coffee cup holder and a ceramic bowl featuring one of the earliest modes of Arabic calligraphy. Between exhibitions, stop into one of the museum's cafes for a pick-me-up or enjoy a meal at IDAM, a world-class restaurant run by Michelin-starred chef Alain Ducasse.

This evening, head to Souq Waqif, a bustling street market located a short distance from the Museum of Islamic Art. The market is a veritable maze: around each corner, more and more shops greet you. As you walk through, inhale the aroma of spices, sample fresh dates and nuts, catch an impromptu musical performance and marvel at the dazzling array of merchandise for sale, from perfumes to jewelry, art clothing and handicrafts. Be sure to stop into one of the souq's many restaurants and cafes, which serve up everything from traditional Qatari food to regional dishes and cuisine from Asia and North Africa. And don't leave without stopping by souq's traditional falconry market, where the prized birds are bought and sold.

Morning: Venture to Khor Al Adaid, or the Inland Sea

Some 40 miles from Doha in the southeastern corner of the country lies one of Qatar’s most impressive natural wonders: Khor Al Adaid, or the Inland Sea. A UNESCO-recognized natural reserve with its own ecosystem, it is one of the few places in the world where the sea encroaches deep into the heart of the desert. Inaccessible by road, this tranquil expanse of water can only be reached by driving across the rolling dunes. Tour operators offer dune bashing excercusions to this remarkable landscape.

After a morning packed with adventure, stop for lunch at the Regency Sealine Camp on the shores of the Inland Sea. Enjoy mouth-watering dishes, both regional and international, in a traditional Arabian lounge. If you're feeling adventurous after your meal, explore the surrounding desert on a quad bike or camel.

Travel back to Doha this afternoon. Upon return, stretch your legs with a walk along the Corniche, a palm-tree lined promenade that spans four miles along Doha Bay. Enjoy spectacular vistas of the city, from the dramatic high-rise towers of the central business district to the bold shapes of the Museum of Islamic Art, and encounter traditional wooden dhow boats up close.

Evening: Cruise on a Dhow Boat

From pearl diving to fishing to trading with neighboring countries, Qatar enjoys a unique relationship with the open seas. This evening, experience country’s rich seafaring heritage with a cruise a traditional wooden Qatari dhow, or sailing, boat. Dhow sightseeing excursions, which include meals, can be arranged via a hotel or through any of the leading local tour operators.

Designed by world-famous French architect Jean Nouvel, the much-anticipated National Museum of Qatar opened to the public in March 2019 in Doha. A celebration of Qatari culture, it connects the country's rich heritage with its diverse cosmopolitan present through eleven immersive and experiential galleries. Representing this marriage of old and new, the museums surrounds the iconic and newly restored Old Palace of Sheikh Adbullah bin Jassim Al-Thani, a symbol of Qatari national identity. Between galleries, stop into the 220-seat auditorium to catch a film, wander through the landscaped garden featuring indigenous plants or head to the rooftop restaurant for a bite. Don't leave without catching a glimpse of the Pearl Carpet of Baroda, a collection highlight made from 1.5 million Gulf pearls.

This afternoon, head to the Al Shaqab equestrian center located on the outskirts of Doha at the landmark Al Shaqab battle site, where over a century ago the people of Qatar fought a pivotal battle that led to Qatar's independence. On your tour, learn how the center's award-winning Arabian horses are cared for and trained. Stops include the air-conditioned stables as well as treadmills, swimming pools and jacuzzis—yes for the horses, not people.

From November through February, you will want to add camel racing to your afternoon itinerary. A centuries-old tradition, camel racing in Qatar has evolved into an official and professional sport. Al-Shahaniya racing track, an hour's drive into the gleaming desert north of Doha, holds domestic and international tournaments on Fridays during the winter.

Evening: See Art in the Middle of the Desert

This evening, travel west to the village of Zeekreet. Along the way, pass "East-West/West-East" by famed sculptor Richard Serra. Comprised of four, 50-foot steel plates rising vertically out of the desert, the installation emphasizes the vastness of the Qatari landscape and offers space for reflection on isolation and the passing of time.

This morning, travel to Al Khor, a seaside city on Qatar's northeastern coast and home to one of Qatar's natural treasures: the Al Thakira white mangroves. Rent a kayak from one of several tour operators in the city to explore waterways that crisscross through the forest and keep an eye out for flamingos and herons.

For your final adventure, travel to Qatar’s northwestern coast. Your destination? The immaculately restored Al Zubarah Fort. A UNESCO World Heritage site, the walled coastal town once ranked as one of the Gulf’s most important pearl diving and trading centers with links extending to the Indian Ocean. Today, it is one of the most extensive and best-preserved examples of an 18th–19th century settlement in the region. Stop first at the visitor's center to get your bearings.

Return to Doha in the evening and reflect on exceptional four days in Qatar filled with art, culture, history and jaw-dropping scenery.

Plan Your Trip to Qatar