The 45 Best Places to Eat, Admire and Explore Your Way Through Ireland 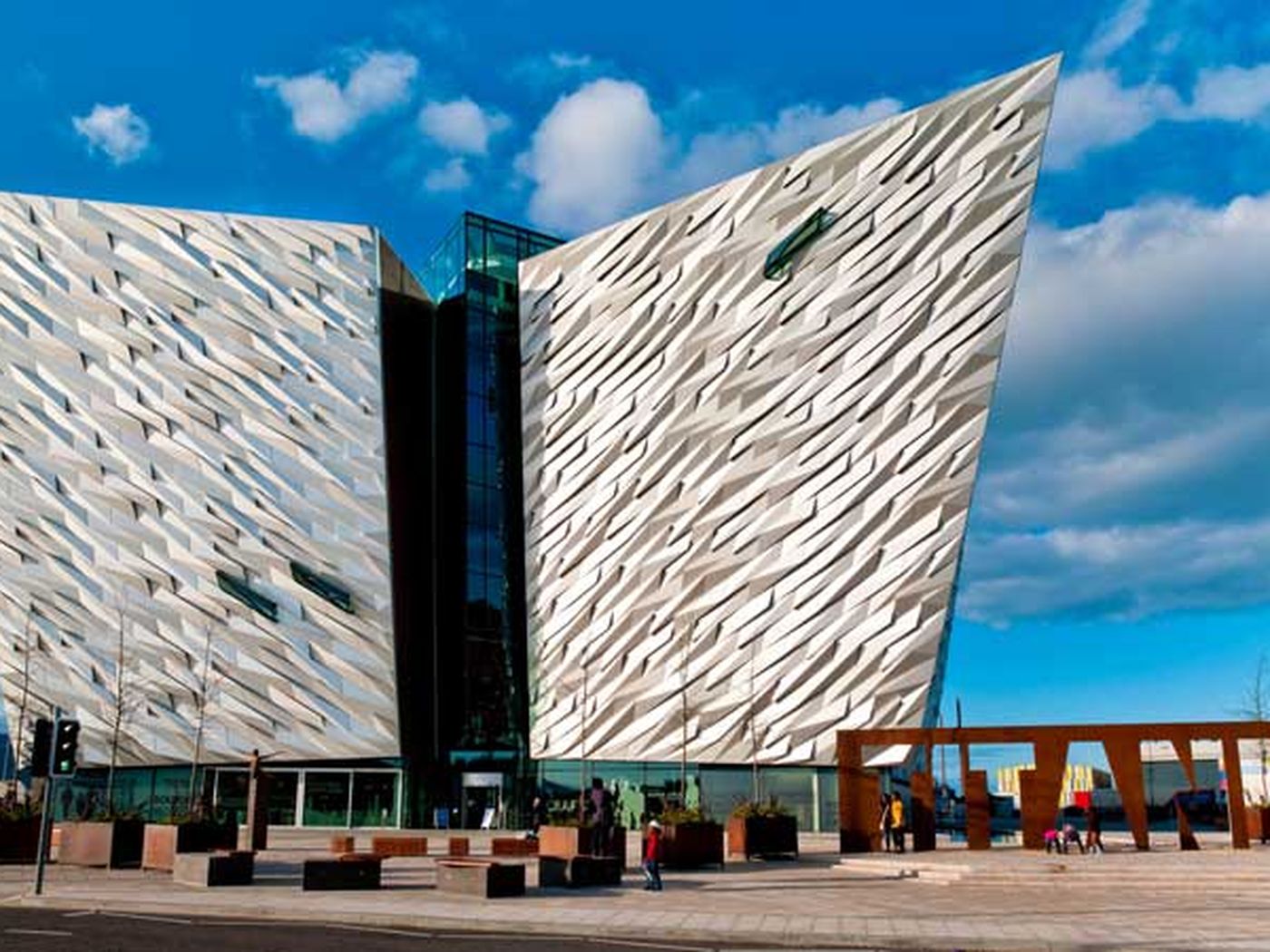 With a so much to see and do, it's hard to know where to begin.

So check out these 45 handpicked destinations and see everything there is to love about Ireland.

The Emerald Isle is a place of pure inspiration. It’s no coincidence that its landscapes have inspired many beloved books and stories, including J.R.R. Tolkein’s The Lord of the Rings, C. S. Lewis’ The Chronicles Narnia and the more recent Game of Thrones. Otherworldly terrain, ranging from the hexagonal basalt columns of Giant’s Causeway to the moon-like limestone landscapes of Burren National Park, is enough to make the imagination run wild.

Historic castles and abbeys lie along the roadways, ready to explore. Dotted across the country are many lesser known yet fascinating portals into Ireland’s ancient history like Brú na Bóinne.  Brú na Bóinne is a 5,000-year-old UNESCO World Heritage site that predates both Stonehenge and the Egyptian pyramids.

Many of the country’s most awe-inspiring sites conveniently lie along two coastal touring routes, the Wild Atlantic Way and the Causeway Coastal Route.

Stretching over 1,500 miles along Ireland’s west coast, a journey along the Wild Atlantic Way includes some of Ireland’s most well-known sights like the mighty Cliffs of Moher and the fascinating, now deserted, Gaelic fishing villages on the Blasket Islands. The Causeway Coastal Route begins in Belfast and hugs the stunning coast of Northern Ireland.  Although the main draw of this drive is undoubtedly the Giant’s Causeway, there are many other spectacular sights along this coastal touring route such as the hauntingly beautiful Dunluce Castle or the thrilling cliff-paths of The Gobbins.

These two drives not only showcase spectacular views but also offer many opportunities for outdoor activities such as hiking, golfing, horseback riding, whale watching, and fishing.

For additional inspiring sights explore the map above.

After a long day of sightseeing, the best way to spend the evening is cuddled inside a warm pub listening to traditional  or "trad" music. Even with tired feet, it’s hard not to clap your hands and dance along to the lively tempos. Though traditional music is played in pubs across the country, there is no better place to listen than in the quaint coastal town of Doolin, the music capital of Ireland.

In addition to music, Ireland has a thriving folk art and craft community. If you’re looking for something really special, the Craft Trail through the heart of Kilkenny is for you. Home to an energetic artistic community, Kilkenny is filled with studios, galleries and craft shops featuring local artists who blend traditional and modern techniques to create beautiful works of blown glass, pottery, textiles and jewelry.

For an engaging experience with old Irish heritage, take the ferry across Galway Bay to the Irish speaking Aran Islands. On these remote isles, traditional Irish craftsmanship is seen in everyday life, including the intricate needlework that has coined the beloved Aran sweater. The smallest island of the three, Inis Oir, is home to the Aras Eanna Arts Center, which houses resident artists and provides courses in Irish music and art.

As much as the smaller towns showcase Irish folk traditions, the larger cities of Ireland have an abundance of world class museums. Spend the day getting lost in the National Gallery of Art in Dublin, housing “Ireland’s favorite painting,” or take a historic Titanic tour of Belfast to see the birthplace of the legendary doomed ship.

For literary lovers, there is no better destination than Dublin, an official UNESCO city of literature. In the city center is the world-renowned Abbey Theatre, which was founded by W.B. Yeats and Lady Gregory and showed the inaugural plays of famous Irish playwrights, including John Milington Synge and George Bernard Shaw. Around the city, you can walk in the footsteps of James Joyce, Oscar Wilde and Johnathan Swift and sip a Guinness in the many pubs that these famous writers frequented and wrote about.

And no cultural journey to Dublin is complete without visiting the Book of Kells, perhaps Ireland’s most sacred artistic treasure. The 1,200-year-old book, housed in Trinity College, containing a copy of the four gospels in Latin text, elaborately decorated with script embellishments and interlinear drawings.

For more cultural treasures explore the map above.

It’s a very exciting time to sample Ireland’s food scene. The country is in the midst of a gastronomic renaissance, attracting chefs from around the world with the island’s high quality, local farm-fresh ingredients. Farm-to-table cuisine, a growing novelty in the U.S., is just the norm in Ireland. It’s no coincidence that Ireland's most famous cookery school, Ballymaloe, is situated in the middle of its own 100-acre organic farm. Programs ranging from half-day classes to twelve week certification courses teach not just how to create delicious meals but also the fundamentals of organic food production.

Fresh ingredients make Ireland’s specialty foods some of the best around the globe. In County Clare, the Burren Smokehouse produces some of the world’s best smoked salmon. In the south, County Cork is known for its artisanal farmhouse cheeses, which can be found in shops and markets around the country, including in the famous English Market in Cork City and St. George’s Market in Belfast.

Surrounded by the roaring Atlantic to the west and the Irish Sea to the east, seafood is an abundant specialty – especially in the coastal towns. For the ultimate seafood experience, plan a trip at the end of September to attend the Galway International Oyster and Seafood Festival, the world’s longest running oyster festival, timed to coenside with the beginning of the local oyster harvest.

Though Ireland’s food reputation is growing, it already has a highly established reputation for the quality of its drink. No visit to Dublin would be complete without a visit to the Guinness Storehouse.  After uncovering the storied history of Guinness and the St. James Gate Brewery, head upstairs to the Gravity Bar and enjoy a pint with panoramic views of Dublin city. There are also an increasing number of local microbreweries popping up across Ireland.  One of our favorites is The Crean’s Brewery on the Dingle Peninsula which is known for its crisp and refreshing Tom Crean’s Irish Lager.

Explore more food & drink adventures in the map above.

Whether a foodie, a history buff, an art lover or adventure seeker, there are many sites and activities waiting for you to explore in Ireland. Discover the beauty of this warm culture and start your journey through the Emerald Isle.