Early in the 20th century, a little known Russian school teacher Konstantin Tsiolkovsky reportedly wrote to a fellow enthusiast of the emerging science of aviation and rocketry, "The Earth is the cradle of humanity, but mankind cannot live in a cradle forever."  Tsiolkovsky was one of the globally dispersed pioneers of rocketry of the time. Almost as importantly, Tsiolkovsky defined a standard of space science fiction that required careful attention to the technical accuracy of space fiction and film. Interstellar director Christopher Nolan and his screenwriter brother, Jonathan, know the work of Tsiolkovsky. Although he is never mentioned by name, the Russian schoolteacher's message provides the backbone to the movie.

No one willingly attends a space science fiction movie with a space history curator. The audible eye rolling, heavy sighing and groans of protest when the laws of physics are violated through the magic of CGI can ruin even the most entertaining and fast-paced science fiction movie for others. Even tightly written movies that cause the most skeptical to suspend disbelief for the duration of the film later generate days of recrimination over historical, logical, mechanical and physical flaws. The flaws can range from meaningless ones to grand leaps of faith; all of which can unravel the entire fabric of the story. Interstellar is not one of these movies.

Three things distinguish the film from recent space-themed movies: it is grounded in the current concerns of our world; its plot is rich in the technically accurate science and technology of spaceflight and the movie pays homage to the best of the spaceflight cinema genre. All three themes transport the viewer and leave few concerns for what might be missing, rather than what the film got wrong.

The movie begins with a series of filmed oral history interviews with survivors of a global dust bowl that has resulted from a plague that eroded agricultural production to the monoculture of corn. The interviews fade into a farmhouse where widowed NASA pilot-turned-farmer, Cooper, aka Coop (Matthew McConaughey) lives with his father-in-law and two children. We know the setting is the not-too-distant future because the technology of computers and drones are part of our reality. The Earth will survive, but it won't support life. More importantly, humanity is also doomed because the culture that has prevailed accepts the current situation as an inevitable consequence of past mistakes. The Apollo program, it is widely believed, was all faked, a propaganda ploy concocted to bankrupt the Soviet Union. Education is rationed. The accomplishments of the 20th century are excesses and waste. Coop's visceral response to the complacency that he faces makes it clear that Interstellar is also making a thinly veiled political statement. The massive crop failure is a consequence of global warming.  Nolan has written a call to arms, embracing the recent motive for leaving Earth that has humankind replacing the manifest destiny justification for exploration.

The scientific genesis of the plot is the recognition that humans have exploited the capabilities of chemical rocket engines to their capacity. Without developing a new means of propulsion, humankind cannot reach beyond the solar system for salvation from a failing planet. It is the appearance of a wormhole near Saturn that excites the few remaining scientists at the now-secret and long-forgotten NASA to view the hole as a passageway to salvation. This is the only means of escape from the solar system to find a habitable replacement for Earth. Gravitational anomalies from the wormhole lead Coop and his daughter Murph (Mackenzie Foy) to the NASA facility where his former mentor is working on a solution to the problem of transporting the remaining human population to another galaxy.

This is the most compelling characteristic of the movie. It is what Tsiolkovsky dubbed "realistic science fiction."  This type of science fiction is well informed by some of the best scientific minds of the time. In rocketry and space travel there has been a long tradition of popularizers and filmmakers joining together with the practitioners and experimenters to produce compelling, inspiring science fiction. Hermann Oberth consulted on Fritz Lang's Frau im Mond (Germany 1929); Tsiolkovsky on Cosmic Voyage (USSR 1934); Wernher von Braun on Walt Disney's Wonderful World of Color (USA 1955-57); Soviet rocket designer Sergei Korolev on Planet of the Storms (USSR 1962); and of course Arthur C. Clarke on 2001: A Space Odyssey (USA  1968). Interstellar has its own scientific advisor, physicist Kip Thorne, on whom the film's character Professor Brand (Michael Caine) is based. The science is important, but this is a movie, not an advanced course in theoretical physics. Its scientific logic is tight enough to hold the attention of a well-educated audience. That fact was very apparent sitting among an audience of millennials who were silent, unshifting and paying little or no attention to their phones for over two and a half hours.

This is a filmmaker's film, in contrast to an actor's film. The cast is not an ensemble and the sole well-developed relationship in the film is between McConaughey and the three actresses who play his daughter (Foy, Jessica Chastain and Ellen Burstyn) over the course of a century. Nolan has chosen to create this movie in film instead of digital formats. Over half the movie was captured on 70mm film stock in IMAX format. He has eschewed computer generated graphics and green screens and filmed genuine location scenes. This may be one of the last major films that is created in this format. Laser projection IMAX theaters that show the film must retrofit their projection booths with old fashioned, non-digital projectors.

Returning to Konstantin Tsiolkovsky, I am mindful that a Russian word that he used razum is often translated to mean "humanity," but its literal translation is "reason." This broader interpretation encompasses all of human culture. Tsiolkovsky and space history curators have long realized that humans do not make technological leaps based on science and technology alone. Science and technology have to work in conjunction with the history, arts, culture, politics and economics of the time. We witnessed this particular confluence of events in the middle of the last century, when Earthbound humans took their first steps on the Moon. Interstellar provokes a new generation to consider that a similar confluence might be at hand. In rephrasing Konstantin Tsiolkovsky's words from over a century ago, Nolan challenges his audience to a choice. As Coop says as he makes his decision to leave his family to seek a new world for humanity, "Mankind was born on Earth. It was never meant to die here."

The film Interstellar can be seen afternoons and evenings throughout December at the Smithsonian's IMAX® theaters, located at the National Air and Space Museum on the National Mall, as well as in Chantilly, Virginia, at the Udvar-Hazy Center. View showtimes and purchase tickets at the online sales venue. 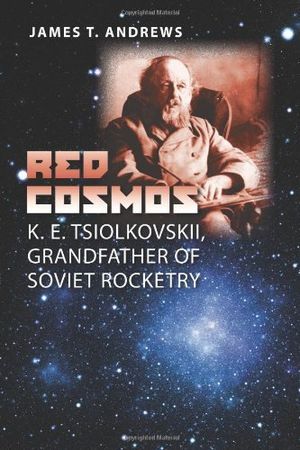 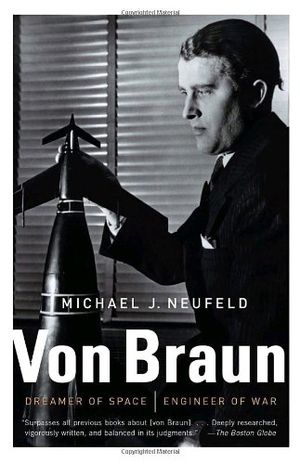 Cathleen Lewis, the Curator of International Space Programs and Spacesuits at the National Air and Space Museum, specializes in Soviet and Russian programs, especially the history of Soviet film portrayals of spaceflight around the time of Yuri Gagarin’s historic first flight.