Art to wear occupies a unique place in the creative universe. Straddling fashion, craft and art, this hybrid classification has historically sought to elevate dress above its practical role. From the 1890s Pre-Raphaelites to 1930s Surrealist metalsmiths to today’s eco-designers, such crafters acknowledge that the clothes we wear represent ideas and opinions.

Often connected to the precepts of Surrealism or Dada, these artists began to experiment with the shapes, patterns and materials of jewelry and clothing. In fact, surrealism as a movement gained popular esteem from its forays into fashion.

At the apex of this melding of avant-garde art and haute couture, a lauded Italian designer named Elsa Schiaparelli collaborated with such Surrealist luminaries as Jean Cocteau and Salvador Dalí. With Dali, Schiaparelli created one of her most striking garments: the Lobster dress, a cream-colored silk organza gown accented with synthetic horsehair created by Schiarparelli, which Dali then ornamented with a large, parsley-speckled lobster.

Also called the crafts-to-wear movement, and including fiber art, leather crafts, jewelry of all materials, and anything imaginable to adorn the self, the wearable art movement did not identify itself as such until the 1960s. However, many recognize modernist artists and jewelers creating between 1920 and 1950 are among the earliest crafts-to-wear producers.

This week the works of 50 artists selling everything from jewelry, clothing, scarves and handbags go on view at the Smithsonian Institution’s annual Craft2Wear fundraising event at the National Building Museum in Washington, D.C. Proceeds from the show, produced by the Smithsonian Women’s Committee, support grants and endowments for research at the Institution.

Three artists, Starr Hagenbring, Susan Sanders, and Kathleen Nowak Tucci, working in a variety of physical materials and with decades of experiences in design, will be among those offering items for sale at the event. Their art has appeared across the globe—from a cover of Vogue Italia to Margaret Thatcher’s lapel on broadcast television.

Uniting these three artists and the Crafts2Wear show is an abiding interest in combining high and low art and materials, in keeping with the disruptive mission of the environmentally conscious Wearable Art Movement of the 1960s and 70s.

Hagenbring transforms widely reviled bugs into complex, iridescent tapestries, turning “the ugly into beautiful.” Tucci delights in creating “something of exceptional value out of something that would have ended up in our landfills.” And Sanders, elaborating on the juxtaposition between high and low materials, works in an ultra-tech platform—3D printing—with inexpensive industrial materials, encountering art where it might not be expected.

Starr Hagenbring: The Beauty of Bugs

The New York-based Hagenbring continues the painted fiber-art tradition of Dali and Schiaparelli, using fabric as a canvas, interweaving colored threads and applying bright and opalescent paints to create striking tableaux. Her craft, which can be seen and bought in her New Orleans shop Art & Eyes, takes on numerous subjects: classical and exotic silhouettes, abstract designs, and most recently, realistic and abstract insects.

Her creativity stems from a desire to overcome personal aversions.

As a child, spiders panicked her until she challenged herself to deeply engage in their world. She found their intricate beauty. And the experience spurred a lifelong fascination.

About 25 years ago, while visiting Burma, Hagenbring encountered a carport wall, covered almost entirely with insects of multiple types and sizes. It was as she recalls, “a Smithsonian Institution display of bugs.” Too surprised to be disgusted, she instead examined the “display” and discovered a diversity of size, wing shapes, geometric patterning, hidden cantilevers, and overall beauty. Now, these creature’s multiplicity and strength infuses much of her wearable art.

Insects have inspired the creation of art objects for centuries, from traditional African masks to Picasso’s Cubist paintings, a heritage Hagenbring acknowledges. By focusing on their unexpected beauty and not shying away from large and realistic-looking details, Hagenbring says she has overcome the “ew factor” many people associate with bugs. Her goal is to entice people to find the unexpected loveliness and informs a broader desire to encourage people to, as she says emphatically: “Stop, stop, stop. Look what we’ve got around us.”

In the 1960s and 1970s, the newly named Wearable Art Movement also embraced environmental awareness as part of its mission, emphasizing the textures and qualities of natural, sustainable materials. Members of the nascent community fused aesthetics with function, seeking to disrupt the traditional rankings or hierarchies within artistic communities that elevate “fine” art above usable crafts. An emphasis on textile work—previously dismissed from the legion of high artists as “women’s work”—dovetailed with the growing women’s liberation movement.

While struck by the amount of human waste she encounters, gleaning castoffs from bicycle and Harley-Davidson motorcycle shops in Pensacola, Florida, Tucci was initially attracted to working with rubber because the "materials are so fabulous.” The malleable properties of rubber, and the protective qualities of steel create an edgy look reminiscent of medieval chain mail—but much more wearable.

In 2010, Vogue Italia featured Tucci’s jewelry on the cover of an issue reporting on the recent BP oil spill in the Gulf. As someone witnessing the greasy pools smearing the water, Tucci was grateful to be able to materialize a message of resilience and the hope of resurrection through her reclaimed adornments. Not long after that, Tucci spied a box of candy-colored Nespresso capsules in her graphic designer’s office, and began to supplement the matte black of inner tubes with the sparkling jewel tones of anodized aluminum rescued from office trash cans. Eventually, she realized the Nespresso capsules held their own and created standalone fiercely bright pieces. In May 2015, Tucci won the Saul Bell Design Award in Alternative Materials, a category including any material not a precious metal. Next up for the eco-designer? Tucci would love to see a recycled statement piece walk the Hollywood red carpet at a major event (Maggie Gyllenhaal or Tilda Swinton could carry that off beautifully).

In the 1980s, wearable art reflected the pop aesthetics and artificial materials popular at the time. Graphic styles and flat appliqué work emphasized surface imagery. Into the 21st century, art-to-wear creators have continued to experiment with techniques and materials, including most recently, 3D printing. Washington, D.C.-native Susan Sanders began her foray into the medium a few years ago after spending years honing her aesthetic on manifold materials, including silver, gold, silk, microfiber, and stone. Her work has appeared in galleries across the world and been sold to a broad spectrum of clients.

Years ago, when Sanders was crafting large, fully articulated bug brooches out of precious metals, she produced a particularly large and striking mosquito. Not long after the museum store at the Whitney in New York sold the creation, United States Secretary of State Madeleine Albright appeared on television wearing it. The pin also appears in Albright’s book Read My Pins: Stories from a Diplomat’s Jewel Box, and as part of a touring exhibition, which arrived at the Smithsonian Institution in 2010.

Sanders has used so many disparate materials throughout her 42-year career—during all which she has worked in Alexandria, Virginia’s Torpedo Factory—because she likes to freshen up her artistic perception periodically. So, when she first saw 3D-printed jewelry a few years ago, her interest was piqued. After a community-college software course, a weekend workshop, countless YouTube instructional videos, and even more guesses and experiments, Sanders began to produce her own 3D printed jewelry, at first in matte black, and then hand-painted in brilliant hues enhancing the many interlocking angles of her captivating handiwork. Sanders, who has a degree in industrial design from Carnegie-Mellon, says her “taste leans toward geometric forms” and the abstract process of formulating her designs feels like she’s “come home.”

Her 3D designs are all created in one piece but often have many moving parts: invisible joints, hinges and curiously caged balls. The lightweight nylon plastic used in the printing process makes it possible for Sanders to create larger pieces that are still very wearable—and affordable. The comparatively low cost of the process enables her to reach a broader buying audience, a nice change from working with precious metals.

All three women agree that the costumers who wear their products must be self-possessed, must be willing to be seen. Dress, whether sweatpants or a brilliantly illustrated beetle-covered coat, is performative. What we wear is the ever-fascinating link between our private selves and the public’s perception. This year’s artists at Craft2Wear offer myriad ways to bridge that gap with humor, flair and individuality.

The 2015 Smithsonian Craft2Wear show will take place Oct. 1 to 3 at the National Building Museum in Washington, D.C. The show opens Thursday, Oct. 1 with the Advance Chance Party & Fashion Show from 5:30 to 9 p.m. Tickets are $75 and must be purchased in advance. Daily admission for Friday, 10 a.m. to 8 p.m., and Saturday, 10 a.m. to 5 p.m. is $10 (cash only), payable at the door. On Oct. 2, from 5:30 to 8 p.m. is Artful Happy Hour (5:30 to 8 p.m.) will give shoppers a chance to toast the artists’ skill and celebrate the Smithsonian Women’s Committee’s long-standing support of science and the arts. Raffle tickets for a pair of black pearl mica pod earrings donated by artist Keith Lewis and a peacock mesh handbag donated by craft artists Bozenna and Lukasz Bogucki may be purchased for $5 each or five for $20 each day of the show. 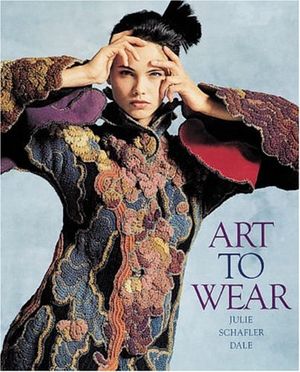 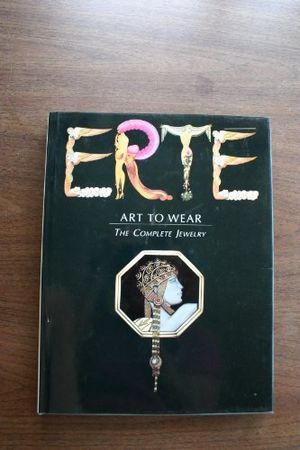