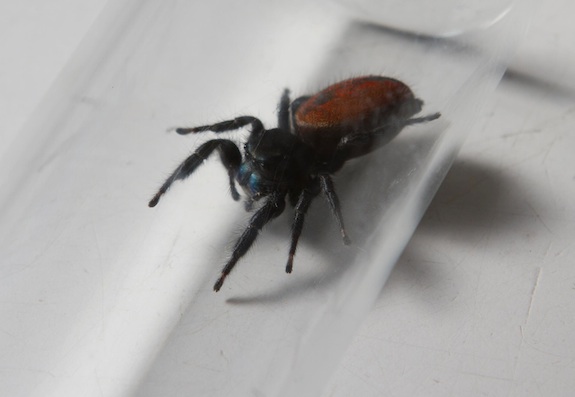 The jumping spider had seemed to adjust to life on Earth when it debuted Thursday, but has since passed. Courtesy of the Smithsonian Institution

The brave, space-faring spider that debuted at the Natural History Museum on Thursday after its 100-day stint at the International Space Station died yesterday. The museum announced the sad news Monday on its Facebook page, telling fans, "The loss of this special animal that inspired so many imaginations will be felt throughout the museum community."

The spider, a red-backed jumping spider who went to space as part of a science experiment to test the animal's ability to adapt its hunting techniques to a microgravity environment, died at 10 months of age. The museum reports that the species' lifespan is roughly one year.

The body will be kept in the museum's collections. Facebook commenters wished the spider well on its now second departure from Earth.