Twelve of the World’s Ancient Places

From Smithsonian Books, towering temples, dramatic works of art and early settlements that have stood the test of time 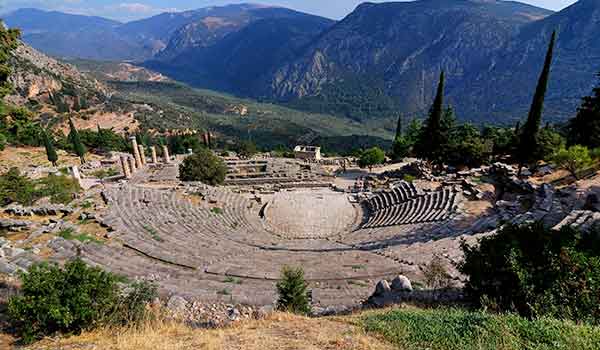 A new book Incredible Archaeology: Inspiring Places From Our Human Past, out this month from Smithsonian Books, explores some of the world's most spectacular ancient wonders.

Incredible Archaeology: Inspiring Places from Our Human Past is a global tour of ancient sites, from the famous and much-visited Machu Picchu to lesser-traversed places, like North America’s Viking Settlement, L’anse Aux Meadows, or the rock paintings of the San people in South Africa’s Game Pass Shelter. The collection, offered by Smithsonian Books and assembled by writer and editor Paul Bahn, includes breathtaking photos of temples entangled in jungle, settlements once concealed by rising water, and ancient cities long abandoned. Incredible Archaeology takes readers on an arm-chair journey to far-flung corners of the globe and spans thousands of years, from our earliest ancestors to the Battle of the Little Bighorn.

These selected 12 places sampled from Incredible Archaeology are a testament to human ingenuity and perseverance. Incredible Archaeology: Inspiring Places from Our Human Past

Incredible Archaeology offers a journey through the best archaeological sites the world has to offer. With stunning photography, it serves as both a dazzling spectacle and travel inspiration, making it perfect for armchair travelers and world adventurers alike.

This 11th-century Viking settlement includes eight houses, a woodworking shop, a charcoal kiln and a smithy. The settlement was discovered on the tip of the Great North Peninsula on the Island of Newfoundland in Canada in 1960 and has revealed artifacts ranging from a bone needle to a bronze pin. L’Anse Aux Meadows provides evidence that Vikings reached North America, even if the stay was short, likely due to the changing climate or concerns over conflicts with local indigenous groups. Parks Canada has since reconstructed the village, allowing visitors to see what the grass-covered huts might have looked like during the site’s habitation.

The Great Houses of Chaco Canyon

Home to one of the greatest indigenous cultures in North America, the Chaco Canyon complex in New Mexico is an example of human resilience. Blazing summers and frigid winters didn’t stop Ancestral Puebloans from occupying the canyon in New Mexico for more than 300 years. The settlement boasts an impressively complex network of habitations and roads that led to other Chacoan sites in the region. Pueblo Bonito, the largest and most well-known house in the complex, includes over 600 rooms. Ancestral Puebloans created the city around 800 CE, complete with an irrigation system that collected and distributed rainwater to the surrounding land to grow maize and beans. Archaeologists suspect the site was used as a gathering place for religious ceremonies and trading.

The Mountaintop City of Monte Albán

Sitting 1,300 feet atop a mountain ridge in Mexico’s Valley of Oaxaca is the city of Monte Albán. This remarkable site was once a religious center that drew people from around the region, and is surrounded by breathtaking views of the valley and nearby mountain ranges. Monte Albán was the capital of the Zapotec state from 500 BCE until it was abandoned more than 1,000 years later. The plaza is home to striking monumental buildings, temples and tombs, including a royal place complex spanning 12 acres. At the height of its occupation, the city was home to more than 17,000 people.

The Nazca Lines were created during the height of the Nazca society, around 1 to 650 CE, and are located in Southern Peru. Images carved into the desert rock include over 800 animals, from hummingbirds and monkeys, to whales and lizards. Some figures measure nearly 1,000 feet in length and the collection of geoglyphs spans 100,000 acres. How and why the ancient Nazquenses made them remains a mystery, and archaeologists have theorized that the lines may be sacred roads, images related to astronomy, or giant lunar and solar calendars to forecast harvest seasons.

The Iron Age Settlement at Biskupin

The iron age settlement at Biskupin was once perched on a lake in a marshy peninsula in northwest Poland. Rising water concealed the timber dwellings and ramparts, which were constructed in 738 BCE, hiding it from sight for centuries. When the water subsided in 1933, a local school teacher brought it to the attention of archaeologists who began excavating the site. They found workshops, stables and houses, which were likely home to several hundred people. The complex is encircled by a single timber wall and inhabitants entered and exited through its only gate. Archaeologists found agricultural tools, like wheels and flows, and iron and bronze implements, pottery and wool cloth. Today, visitors can see reconstructions of the settlement and a museum showcases the site’s artifacts.

The Sanctuary of Delphi

Tucked into the majestic mountainous landscape of central Greece is the Sanctuary of Delphi. The temple was developed in the eighth century and is dedicated to the Greek god of prophecy, Apollo. East of the temple is a sacrificial altar, where ancient Greeks would make offerings to the god. The sanctuary’s impressive theater was home to the Pythian games. Ancient Greeks considered the center of the world to be in Delphi.

The Twin Temples at Abu Simbel

The Twin Temples of Abu Simbel lie on the west bank of the Nile River and are carved into sandstone cliffs. The Ancient Egyptian Pharaoh Ramesses II was inspired by the area's natural geology and ordered the temples’ creation around 1279 BCE. The temple is situated so that, twice a year, sunlight passes through the doorway and illuminates all the statues within the sanctuary with the exception of the statue of Ptah, a god associated with death. The temples remained in their original location until a dam threatened their location. In the 1960s in a feat of spectacular engineering, the temples were elevated more than 200 feet above their original position so to be saved from the water.

Game Pass Shelter is home to several rock paintings by the San people who historically inhabited southern Africa as hunter-gatherers. The artwork, which is located in the Drakensberg Mountains of KwaZulu-Natal, about a two-and-a-half-hour drive from Durban, South Africa, is suspected to be 2,000 years old. The drawings depict both people and animals, along with part-animal-part-people figures that archaeologists think may represent shamanic experiences.

The City of Ur

This striking ziggurat in modern-day Iraq is now surrounded by a desert landscape, but at its Mesopotamian height, it was part of a walled metropolis built on elevated ground above rivers that connected it to the Gulf. The shifting Euphrates river land-locked Ur, leading to its abandonment. The city was constructed around 4000 BCE and is home to a large cemetery of people buried with luxury items, like precious metals and gems.

Cave Temples and Monasteries at Ajanta

These striking rock-cut temples in western India were once swallowed by jungle, surprising a group of army officers when they stumbled upon the site in 1819. This treasure of Buddhist art and architecture dates back to the second century BCE but underwent multiple phases of construction. The rock-cut caves were home to Buddhist monks and feature detailed carvings, complex architecture and striking paintings.

Colored with vibrant red oxidized pigments, the aboriginal art in Kakadu National Park in the Northern Territory of Australia draws tourists from around the world. The rock art showcases the Bininj/Mungguy people, who use art to document their stories and experiences. The park hosts an incredible concentration of rock paintings, with over 5,000 documented sites and likely others yet to be discovered. While some estimate sites in the park date back as far as 60,000 years, pinpointing the exact age of the artwork is challenging—though archeologists have found clues to their age in the depiction of extinct animals and by analyzing changing artistic styles.

This royal city is situated on the southeast corner of South Korea’s Gyeongsangbuk Province on the coast of the Sea of Japan and is surrounded by low mountains and a picturesque landscape. Gyeongju includes tombs, temples and pagodas and was once a cultural center to the Silla kingdom. The city earned the name “museum without walls” for its vast number of archaeological and cultural artifacts that can be found throughout the city and its surrounding areas.