A new exhibition at the Cooper Hewitt, Smithsonian Design Museum, tells the story of founders Sarah and Eleanor Hewitt 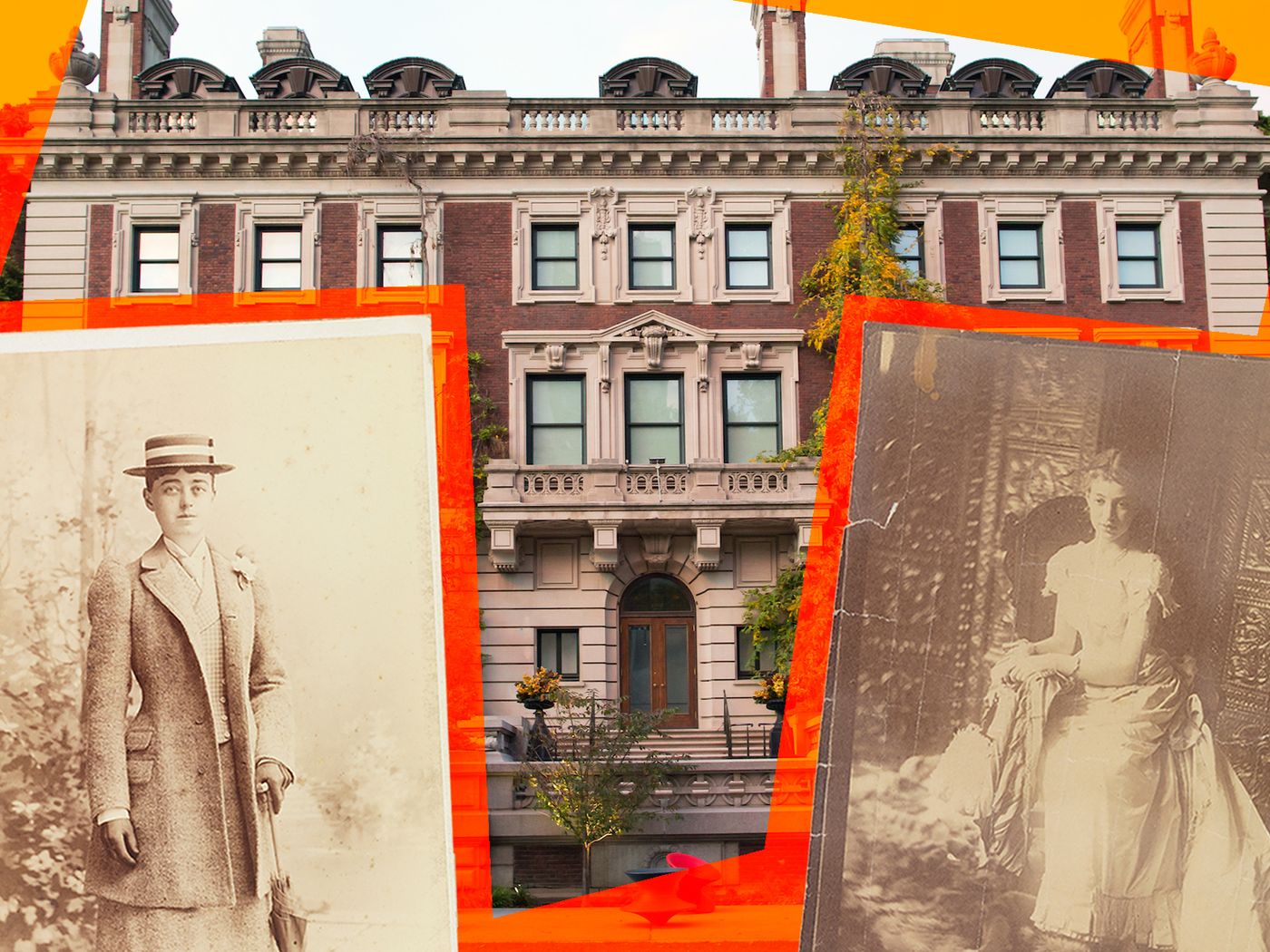 The two sisters were wealthy, witty, athletic and beautiful. Textiles were their passion and the first decorative art they collected. And with family friends like the financier J. P. Morgan, the pair, described once as “two little girls with pigtails,” led an extremely rarified existence.

They were the granddaughters of inventor-industrialist Peter Cooper, founder of the Cooper Union for the Advancement of Science and Art in Manhattan. Their father, Abram S. Hewitt, an iron manufacturer, was a five-term U.S. Congressman from New York City and mayor of the city from 1886 to 1888.

An 18th-century sales book of ornate French buttons and an early 20th-century birdcage in the shape of Venice’s famed Rialto Bridge typify the eclectic taste in the decorative arts of the sisters Sarah and Eleanor Hewitt, also known as “Sallie” and “Nellie,” who founded in New York City a free teaching museum dedicated to their passions that would become the Cooper Hewitt, Smithsonian Design Museum.

On Friday, May 21, 1897, on the fourth floor of their grandfather’s public school in Manhattan, the Hewitt sisters inaugurated the Cooper Union Museum for the Arts of Decoration—the first in the United States to be founded by women and the first dedicated wholly to design, textiles, furnishings, etchings, books and other decorative arts. Eleanor described it as “a working museum with collections of beautiful specimens of art applied to industry.”

Newspapers cheered the opening and praised the sisters. “The most unselfish and enterprising,” declared the New York Herald. “A princely gift to the city,” announced The Washington Post.

By all accounts the Hewitts were at the forefront of the making of a modern museum. Philanthropists were courted for donations and artists were consulted on the collections. Students came to study the delicate textiles, which couldn’t be handled, so the museum was furnished with display cases that had sliding panels to protect the objects and artifacts. A shop called Au Panier Fleuri sold wares that students designed based on their study of the collections. Proceeds from the sales of screens, decorative panels, lamp and candle shades, painted furniture, door knobs, trays and jardienieres funded objects for the museum’s collections and Au Panier Fleuri was likely the first museum store in America.

Marking the 125th anniversary of opening, the Cooper Hewitt has organized “Sarah & Eleanor Hewitt: Designing a Modern Museum,” featuring archival documents and photographs, correspondence and other ephemera of the foundational years when the sisters and their siblings Amy, Peter, Edward and Erskine traveled to Europe annually and began collecting textiles, books, prints and drawings. Complementing the show, the Smithsonian Libraries and Archives has launched a new project seeking volunteers to transcribe the sisters’ newly conserved and digitized pages from their dozens of travel diaries, also featured in the exhibition. The journals, brittle with age, are filled with notes and drawings of the places and sights the sisters visited.

The core of the Cooper Hewitt’s collections of 26,000 historical and contemporary textiles spans 24 centuries, says Matilda McQuaid, the museum’s acting curatorial director. More than 1,000 textiles, everything from 3rd- to 4th-century Coptic textiles to 18th-century silks that were a gift from J.P. Morgan, are part of the sisters’ founding legacy. They even collected buttons, including an 18th-century sales book of 30 ornate, French sample buttons, some adorned with metal foil, others with sequins.

McQuaid says the purpose of the Hewitt sisters’ museum was not only to inspire good American taste through a study of historical decorative arts, but also to offer a path to professional employment in the field of design. The galleries contained work tables for visitors; many collection objects could be handled, measured, sketched and photographed, and were accessible to students and the public. In fact, in its later years at the Cooper Union, the museum was open in the evening to accommodate visitors who worked during the day. The museum’s collections and library were transferred to the Smithsonian Institution in 1967 under the provision that they remain intact in New York City. In 1976, they were moved to Andrew Carnegie’s former Fifth Avenue mansion, which closed from 2011 to 2014 for extensive remodeling. Today, the landmark facility is well-trafficked by some of the country’s top designers.

Mary Murphy, senior vice president of design for Maharam, a textile company purchased by Herman Miller in 2013, says the Cooper Hewitt is the “repository of American design,” calling it “the only place in the country where you can find good examples of certain things, such as furniture, textiles, silver.”

Murphy and the grandchildren of Alexander Girard—the legendary director of design for Herman Miller from 1952 to 1973—discovered Girard’s 1952 “Circles” screenprint textile design in the museum’s collection in 2016; in 2018 Maharam reissued it as a woven fabric.

Gail Anderson—a New York-based graphic designer who chairs the BFA advertising and design department at the School of Visual Arts and received the museum’s National Design Award for Lifetime Achievement in 2018—praised the Cooper Hewitt for its “tremendous resources.”

“Spending even an hour in an exhibition (and in my case, another hour in the gift shop) can really kick-start my creativity. It’s not overwhelming, there are lots of learning opportunities, and it’s in such a cool space. And I appreciate that I can review exhibition objects on the website when I’m back in computer mode,” she wrote in an email.

Noteworthy objects collected by the Hewitt sisters and shown in the exhibition on the museum’s second floor include a gilded, embossed Belgian leather wall covering from 1700 and gilded bronze, 18th-century ornamental French locks and furniture mounts.

Three birdcages, including the one crafted in the shape of the Rialto Bridge on the Grand Canal in Venice, a destination undoubtedly visited by the sisters on numerous occasions, are on view near the museum’s first-floor gift shop. Works by the American artists Thomas Moran, Thomas Church and Winslow Homer are also on display.

The more than 215,000 objects in the museum’s collection—of which more than 50,000 were collected by the Hewitt sisters—range from an Egyptian faience cup from 1100 B.C.E. (a gift that Eleanor gave Sarah) to contemporary, 3-D printed chairs. All are viewable on the museum’s website.

As the sisters aged, stories of their eccentricities grew ever more colorful. They were said to swear like sailors and collect erotica. They were Luddites, resisting new technology like the telephone and the automobile—though they eventually purchased a car for their travels. They and their family opposed giving women the right to vote. And they grew ever more accustomed to getting what they wanted when they wanted it. Sarah, a skilled musician, used a horn to summon her maid.

An architect whose practice and philosophy follow in the footsteps of the sisters is Carol Ross Barney, design principal and founder of Chicago-based Ross Barney Architects, which won the National Design Award for Architecture and Interior Design last year. Barney founded her firm in 1981 with a vision “to create well-designed spaces for everyone.” Among its projects is the 2006-2016 Chicago River Walk.

“People know the power of design—it empowers people’s lives. The history of the Cooper Hewitt is in sync with what we want to do today.”

“Sarah & Eleanor Hewitt: Designing a Modern Museum” is on view at the Cooper Hewitt, Smithsonian Design Museum in New York City through October 10, 2022. Volunteers are encouraged to connect with the Smithsonian Transcription Center in the ongoing digitization effort of the Hewitt sisters' travel journals.

Jane L. Levere is a New York-based freelancer who writes about the arts, design and travel for The New York Times, The Washington Post, CNN, Architectural Digest, Metropolis and others.