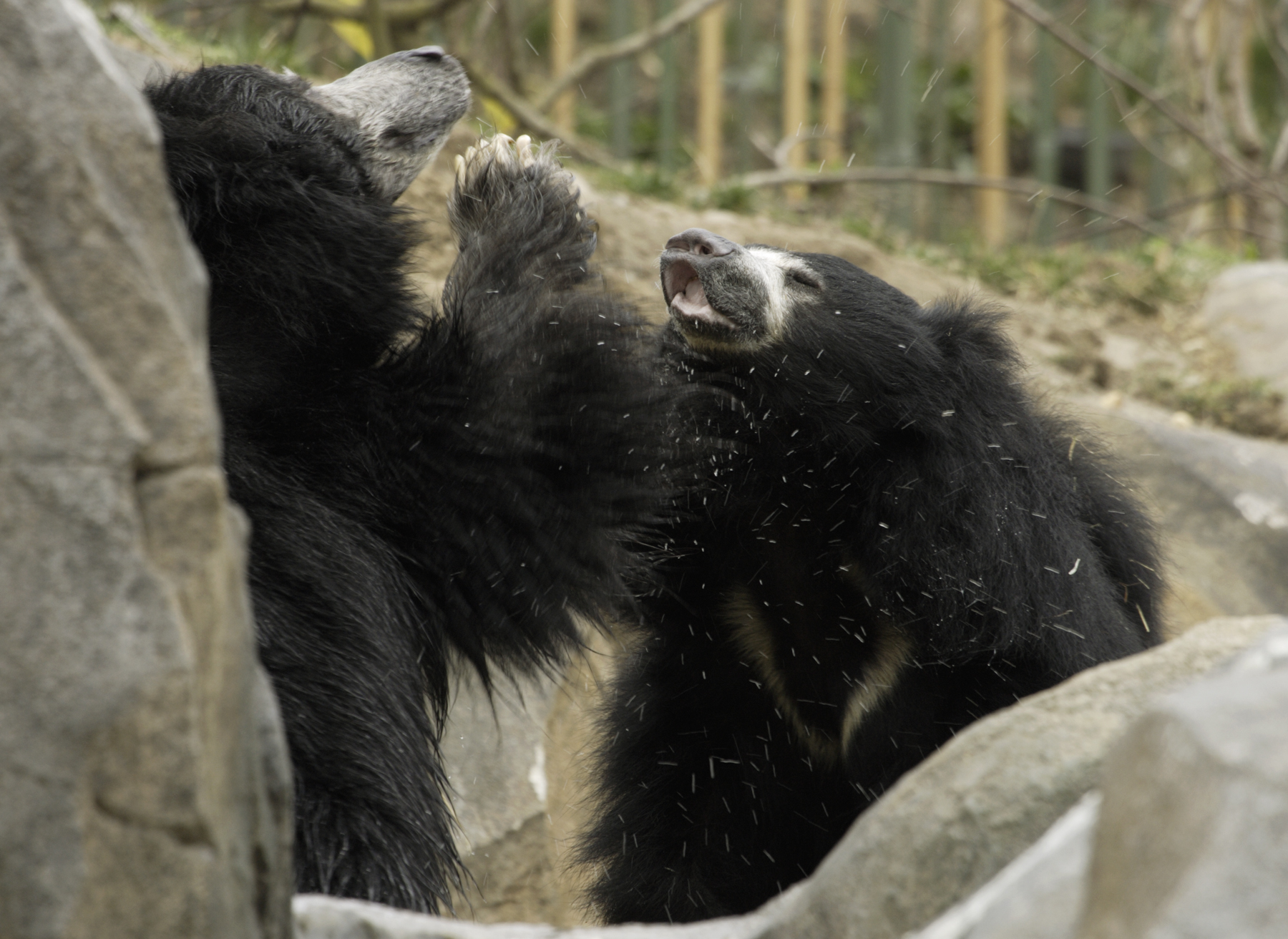 Taught to avoid sloth? Meet 9-year-old Khali (right), a female sloth bear that came from the Woodland Park Zoo in Seattle to become a non-breeding companion for the National Zoo's 26-year-old male sloth bear Merlin. Sloth bears are slow-movers, thus their association with laziness or slothfulness, one of the seven-deadly sins. But the sloth bear is no lazy creature, the animals sport a slightly longer snout than other species of bear, and they industriously use it along with their lips to create a vacuum-like seal to suck up insects from holes, cracks and crevices.

Khali arrived from Seattle late last year, but has only recently joined Merlin following gradual introductions between the pair. Sloth bears, found in India, Nepal and Sri Lanka, are listed as vulnerable by the World Conservation Union, although there is no solid estimate of how many remain in the wild. In India, where many sloth bears are found, their numbers are declining mainly due to habitat loss, poaching and the use of the animals for an illegal practice known as “bear dancing.”In addition to Khali and Merlin, the National Zoo is also home to two other sloth bears, 13-year-old Hana, and her two-year-old cub, Balawat.