These Conservation Stories Prove 2020 Was Not All Bad News

From the Smithsonian’s Earth Optimism team, comes a surprising list of successful efforts making a difference 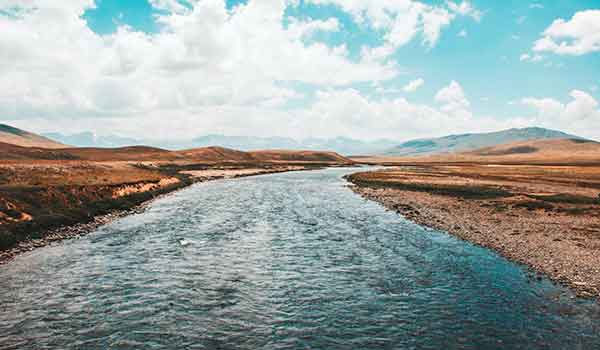 Pakistan, home of Deosai National Park, is one of the countries whose leaders signed the pledge to protect 30 percent of land and water. Waqas Akhtar

Without a doubt 2020 will go down in the history books marred with loss in the face of a global pandemic attributed to zoonotic disease spillover from the illegal wildlife trade and a renewed public skepticism of scientific research and data. But quietly dotted throughout the 366 days of this chaotic leap year were a number of important findings and successes that showed that there are reasons to be optimistic for our planet. From new discoveries to indigenous-led protected areas, this year was not without its conservation wins. Here are just a few of the most unique and impactful conservation stories of 2020.

Lemurs are considered one of the most endangered animals, with roughly 98 percent of classified species threatened with extinction. Despite their gloomy outlook, lemurs sparked a little bit of hopeful news this year when scientists officially described a new tiny and adorable species—Jonah’s mouse lemur or Microcebus jonahi, named after the respected Malagasy primatologist Professor Jonah Ratsimbazafy.

Researchers first captured this pocket-sized primate during a survey of northeast Madagascar in 2006. Researcher Marina Blanco explained the process of using lights at night to find the nocturnal creatures. “To study mouse lemurs in the wild, our team patiently searched for “eyeshine” through the thick and dense vegetation of the eastern rainforest at night. Occasionally, we could get a quick glimpse of an elusive lemur jumping out of sight. Determined to find out more about their biology, we briefly captured a few mouse lemurs at Mananara National Park. Even after a closer look, we could not put a name on it!”

Describing a new species that doesn’t look all that different from its relatives is no easy task. Scientists have recently improved the way they use genetic analyses along with morphology and other characteristics of closely related species to help decipher taxonomically-relevant differences. “It took years of sample analysis and teamwork to identify these mouse lemurs as a new scientific species. Mouse lemurs are evolutionary and ecologically amazing,” says Blanco. They are one of the most diverse groups of lemurs, with more than 24 species currently described. They occupy every available forest type and habitat in Madagascar. Morphologically, mouse lemurs display incredible genetic variation, indicative of unique evolutionary trajectories. “Thus, mouse lemurs, as species, are generally “microendemics,” restricted to specific forests and specialized in resources that may not be available anywhere else,” says Blanco.

As a result, the team was able to determine that this particular lemur is a separate species based on its distinct genetic makeup and some outward characteristics such as coloration and ear size.

The Popa Langur (Trachypithecus popa), was also described by scientists this year using a similar method. The research team conducted DNA analyses on collected droppings and used the findings in concert with morphological characteristics such as tail length to support a new taxa. Found only in a small region near Mount Popa in Myanmar, conservationists estimate that only about 200 individuals of this species exist.

A new protected area in Northern Quebec was announced this November as a next-step in Prime Minister Justin Trudeau’s promise to the United Nations to safeguard 30 percent of Canada’s land and water by 2030 and as part of the Canada Nature Fund’s Target 1 Challenge. The $1.4 million project created the Arqvilliit Indigenous Protected and Conserved Area (IPCA) on the Canadian Arctic archipelago, commonly known as the Ottawa Islands in the Hudson Bay. The Inuktitut name for these islands, Arqvilliit, translates to: “a place where you will see bowhead whales.” This is not just a conservation win for arctic fauna such as whales and polar bears.

The permanent protection of IPCA is also a modest climate gain and a prime example of Indigenous engagement in conservation.

“Now more than ever, Canadians know the value of nature and wild spaces. Our government is committed to conserving 25 percent of Canada’s land and inland waters and 25 percent of Canada’s oceans by 2025, and the Arqvilliit Indigenous Protected and Conserved Area is helping achieve that goal, as well as fighting climate change and halting biodiversity loss. It’s also an important step towards reconciliation with Nunavik Inuit by conserving the polar bear habitat, a species that is significant to Inuit culture and livelihood,” says Jonathan Wilkinson, the Minister of Environment and Climate Change. IPCA will continue to be managed and assessed by Inuit peoples as outlined in the Canadian government’s Indigenous Guardians program.

Indigenous-Led Protection Advances in the Arctic

At the onset of 2020, the United Nations Convention on Biological Diversity drafted a framework calling on its international constituents to protect 30 percent of their land and seas by 2030. Many conservation organizations and scientists had proposed this protected area blueprint in previous years. Ahead of September’s United Nations Summit on Biodiversity, 71 world leaders signed the Leaders' Pledge for Nature—a commitment to adopt the post-2020 global biodiversity framework. Then in October, the Environment Council of the European Union also committed to the target.

The multilateral environmental agreement was met with some skepticism, after all, none of the 2020 Aichi targets agreed upon in 2010 were met. “Every few years, governments gather to make solemn promises about the action they will take to defend the living world, then break them before the ink is dry,” noted the environmental writer George Monbiot. There are also a few considerations, particularly in the area of human rights violations, that this “30 by 30” agreement needs to reconcile. The hope is that the Covid-19 pandemic and its origins in biodiversity loss has finally lit a fire under these leaders to actually follow through on this most recent critical promise for protecting the planet.

The global pandemic and subsequent lockdowns forced many events and campaigns to migrate to digital platforms. One virtual event stood out most of all due to its thoughtful timing and ongoing impact. Amid racial justice movements calling for action following the death of George Floyd and many subsequent atrocities, black and BIPOC conservationists found an opportunity to highlight equality and equity issues in their field while inspiring others.

From their collaborative efforts, the inaugural Black Birders Week took flight on social media. One of the co-founders, Sheriden Alford, explained the idea to Smithsonian’s Earth Optimism: “After the incident involving Christian Cooper surfaced on the internet, a lot of the members in the group [BlackAFinSTEM] identified with the pressures of being black and carrying out our field tasks in a world that marginalizes minorities. We wanted to create a positive initiative…” And they succeeded. The reaction to Black Birders Week was so overwhelmingly positive that it launched additional spotlights on scientists of color across disciplines, including mammalogy, botany, and herpetology.

Black Birders Week sparked many of these long-overdue conversations about the shortcomings of diversity initiatives and how we can all do our part to truly manifest a more equitable future for conservation.

Tasmanian Devils were eradicated from the Australian mainland some 400 to 3,000 years ago, depending on which paleontologist or natural historian you ask. But this year, the carnivorous marsupial with its devilish scream made a small comeback in the state of New South Wales on the country’s east coast.

For nearly a decade, the Australian organization Aussie Ark has been working to save this iconic creature from extinction. The species suffers rapid population declines in the face of habitat loss and a transmissible type of cancer known as Devil Facial Tumor Disease. Despite new findings that suggest evolution might help the species overcome this disease in the long run, the IUCN Red List of Threatened Species lists Tasmanian Devils as endangered and decreasing. This status hasn’t discouraged Aussie Ark’s efforts to breed in captivity and reintroduce the species. The goal is to reverse the species’ decline permanently. “In 100 years, we are going to be looking back at this day as the day that set in motion the ecological restoration of an entire country,” says Tim Faulkner, President of Aussie Ark.

Faulkner adds: “Not only is this the reintroduction of one of Australia’s beloved animals, but of an animal that will engineer the entire environment around it, restoring and rebalancing our forest ecology after centuries of devastation from introduced foxes and cats and other invasive predators. Because of this reintroduction and all of the hard work leading up to it, someday we will see Tasmanian devils living throughout the great eastern forests as they did 3,000 years ago.” More releases are planned to ensure the species’ chances of success.

Here are a few honorable mentions to read more about when you need a healthy dose of optimism in your day.

Scientists rediscovered a chameleon in Madagascar that was last seen 100 years ago.

The Great American Outdoors Act was signed by the president and enacted into law.

A critically endangered smoky mouse that feared lost during bushfires was found alive in a New South Wales national park.

A wild population of New Guinea’s singing dogs, believed to be extinct, were found.

Colorado voted to reintroduce wolves into the Southern Rocky Mountains. 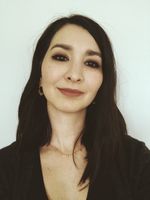 Cat Kutz is the communications lead for the Smithsonian’s Conservation Commons.