The Return of America’s Celebrity Inventor

In a new book, Smithsonian historian Eric S. Hintz traces the rise and fall, and rise again, of the maverick inventor 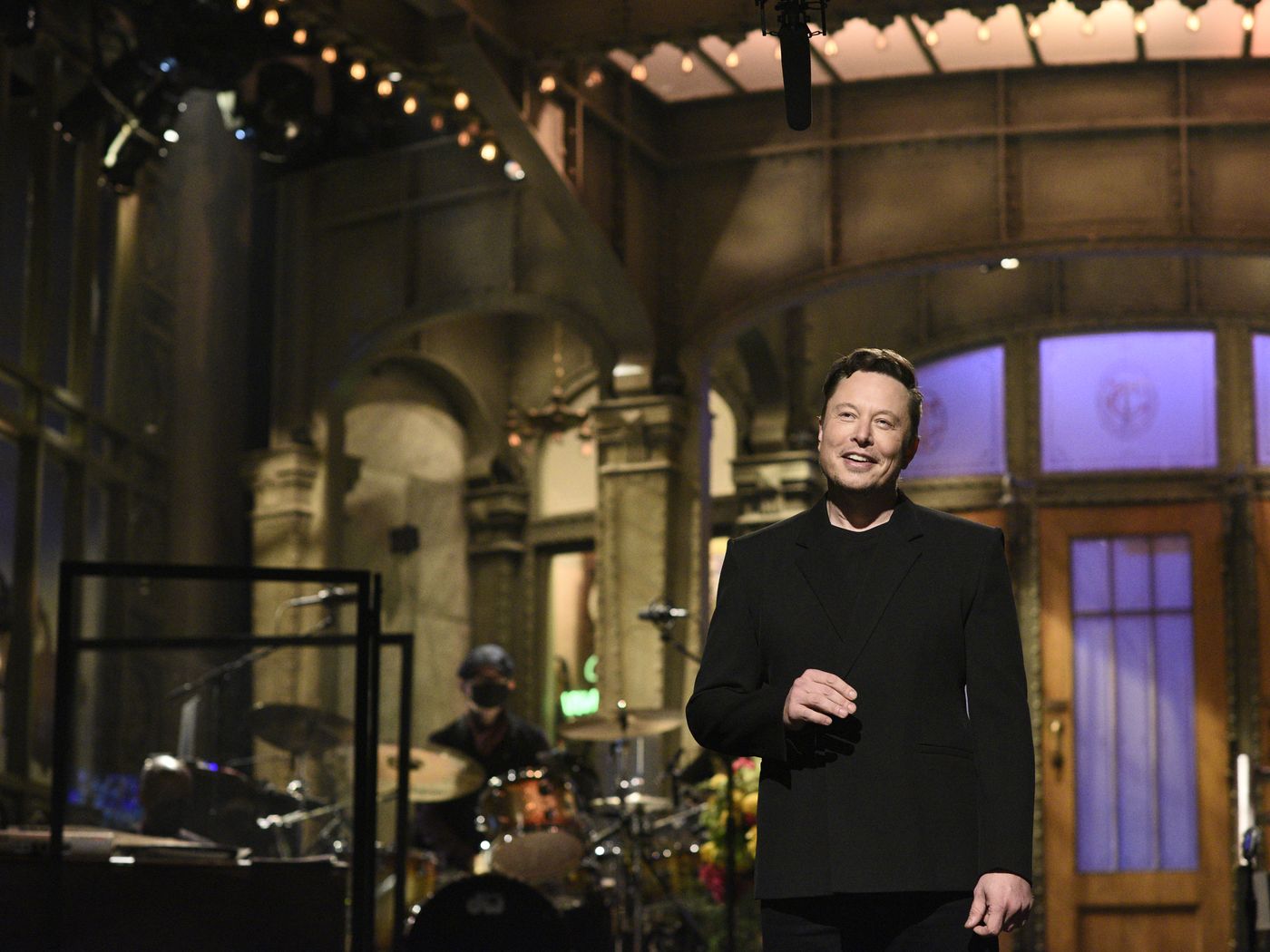 For better or worse, today’s high-tech entrepreneurs have the celebrity star power of Hollywood’s most famous (or infamous) movie stars. Take the world’s richest men, Elon Musk and Jeff Bezos. Having disrupted the credit card industry with PayPal and the automotive industry with Tesla Motors, Musk recently secured a $2.9 billion NASA contract for SpaceX, then hosted an episode of “Saturday Night Live.” Musk now competes in a 21st-century space race with Bezos, who recently crewed one of his Blue Origin capsules on a suborbital spaceflight. Bezos started Blue Origin with the enormous profits he’d earned from his other venture—the world’s largest retailer, Amazon. (Jeff Bezos is a Smithsonian Institution donor.) Both men and their firms have also drawn plenty of negative attention, including allegations of unfair trade practices, union-busting and securities fraud.

Meanwhile, the public remains captivated by the fabulous riches of these and other high-tech titans. The founders of technology companies—including Musk, Bezos, Microsoft’s Bill Gates, Oracle’s Larry Ellison, Facebook’s Mark Zuckerberg, and Google’s Larry Page and Sergey Brin—hold seven of the top ten spots on Forbes’s real-time list of the world’s wealthiest billionaires.

But it wasn’t always this way. In my new book, American Independent Inventors in an Era of Corporate R&D, I revisit the era when the important contributions of the nation's unaffiliated inventors were eclipsed by the high-tech innovations advanced by corporate brands. I also explain how celebrity inventor-entrepreneurs came roaring back at the turn of the 21st century. In celebratory articles, fawning biographies and sentimental paintings, contemporary authors and artists lionized these “Men of Progress” as mythical, heroic figures. In 1894, New York World reporter Arthur Brisbane described how electrical inventor Nikola Tesla occasionally absorbed 250,000-volt shocks to demonstrate the safety of alternating current. Tesla became “a most radiant creature,” Brisbane gushed, basking in “effulgent glory,” as “myriad tongues of electric flame” passed through his body. Biographers Frank Dyer and T. C. Martin similarly lauded Edison for his “unsurpassed inventive ability” which emanated “like rays of search-light into all the regions of science and nature.” Both Edison and Tesla actively solicited the attention; the publicity helped them raise money from investors. The public proved eager to embrace them as the heroes of the nation’s technological ascendence.

But at the turn of the 20th century, the story of American invention began to shift. Many of the largest technology companies of the era—including Edison’s General Electric, Bell’s AT&T and George Eastman’s Kodak—had profited substantially from the work of their well-known inventors. But these highly capitalized firms were no longer willing to bet their fortunes on the unpredictable “Eureka!” moments of idiosyncratic individuals. Rather, they sought a more continuous and predictable form of innovation, one that could be managed and aligned with corporate prerogatives. General Electric, AT&T and Kodak established some of the first research and development (R&D) laboratories in which teams of anonymous scientists and engineers developed breakthrough technologies with all resulting patents assigned to the company.

Corporate R&D labs and the professional public relations (PR) industry emerged simultaneously. Firms like DuPont and General Motors eagerly invested in national radio broadcasts, traveling road shows and extensive print advertising campaigns to present their new research capabilities to a wide audience. A 1924 General Motors’ advertisement suggested that automotive developments were “no longer dependent upon the work of isolated inventors.” Instead, ideas flowed from the corporation’s six-acre plant in Dayton, Ohio—“the largest research laboratory of its kind.” Between 1936 and 1939, GM amazed three million visitors in 146 cities with its Parade of Progress, a traveling "circus for science" featuring stroboscopes, oscillographs and other displays of R&D prowess.

Corporate PR teams sold the brand—not their employees—as the abstract inventor of new products. Traditional independent inventors were obsolete and extinct, R&D labs were the wave of the future. As far as the public was concerned, it was DuPont, not the team led by chemist Wallace Carothers, who invented nylon and neoprene in the 1930s.

The media eventually took the same view. “In the industrial laboratory,” New York Times science editor Waldemar Kaempffert observed in 1930, corporate scientists could solve problems “that hopelessly baffle the lone, heroic inventor.” By 1951, Harvard president James B. Conant concurred that “the typical lone inventor of the eighteenth and nineteenth century has all but disappeared.”

But, in fact, they had not. Dozens of unheralded inventors such as Chester Carlson (Xerox photocopier), and Earl Tupper (Tupperware) continued to develop important technologies throughout the 20th century. While Bell Labs and the DuPont Experimental Station developed transistors, lasers, and space-age materials, individual inventors, such as Philo T. Farnsworth (electronic television) and Robert W. Gore (Gore-Tex waterproof fabric), quietly produced their own remarkable inventions, with little fanfare or recognition. Indeed, when George Washington University bestowed its 1965 “Inventor of the Year” award on Dr. Samuel Ruben for developing Duracell batteries, the Cedar Rapids Gazette asked, “Dr. Who?”

Mid-century inventors could not shake the carefully constructed narrative of their obsolescence. Fortune magazine reported in 1954 that “the hired inventors who work in corporation laboratories” had thoroughly supplanted the “lone, unaided inventor.”

With lucrative Cold War military contracts, near-monopolies in their markets, robust profits, and only a few emerging competitors, the big R&D firms could easily afford the significant investments in personnel and facilities required to pursue industrial research on a massive scale.

But beginning in the 1970s, the American public began to lose confidence in big corporations. Federal antitrust prosecutions revealed that AT&T, IBM and other monopolies had gouged consumers. A generation of baby boomers came of age with a tendency to distrust corporate scientists and engineers, who were negatively associated with the Vietnam War, the military-industrial complex, environmental degradation and domestic job losses due to automation and globalization. By the 1980s, Japanese firms outpaced America’s blue-chip companies, with consumers increasingly turning to Sony, Nikon and Toyota instead of RCA, Kodak and General Motors.

These corporate struggles created an opening for independent inventors, especially in the computing sector. In 1976—as IBM happily sold expensive mainframes to government agencies and other big businesses—two Bay Area hobbyists, the 21-year-old Steve Jobs and 25-year-old Steve Wozniak, demonstrated their small-scale Apple I prototype at a meeting of the Homebrew Computer Club.

To commercialize the kits, Jobs sold his Volkswagen van, Wozniak sold his Hewlett-Packard calculator, and they cobbled together $1,300 in start-up capital. The pair assembled the first 50 kits in the Jobs’ family garage and sold them through the Byte Shop computer store for $666.66 each.

IBM, distracted by an ongoing antitrust case, belatedly rushed to enter the emerging “personal computer” (PC) market. However, IBM’s R&D labs did not have the in-house expertise to quickly develop the necessary components and software for its own PCs. IBM decided to license the microprocessors from Intel and the operating system software from an Albuquerque start-up called Microsoft, founded in 1975 by Harvard dropout Bill Gates, and his childhood friend, Paul Allen. As Gates and Allen sold their software to IBM—and its rivals Compaq and Dell—Microsoft eventually grew even bigger than IBM.

Big corporate R&D labs—once the paragons of innovation—were now regarded as slow, outdated, conservative and ineffective. In contrast, independent inventors like Jobs, Wozniak, Gates and Allen were increasingly celebrated as the new embodiment of American innovation—agile, cutting-edge, creative and driving the economy. In the 1990s and 2000s, they were followed by a parade of Internet pioneers—including Amazon’s Bezos, Facebook’s Zuckerberg and Google’s Brin and Page—who similarly steered their start-ups from garages and dorm rooms to the Fortune 500. Much like Colt, Singer, or Edison from an earlier era, these inventors became high-tech celebrities thanks to their wealth and entrepreneurial success.

In 2005, Fortune Small Business hailed “the return of the lone inventor,” while The Economist  in 2007 reported that technology firms had “left the big corporate R&D laboratory behind.” Corporate scientists and “organization men” were no longer fashionable. Instead, hackers, hobbyists, college dropouts, brash mavericks and quirky nerds took center stage. White shirts, black ties and lab coats were out. Jeans, T-shirts and sneakers were in. Garages, basements and dorm rooms were now considered the best places of invention. Pristine laboratories on isolated corporate campuses had become passé. By the turn of 21st century, most observers regarded independent inventors and celebrity entrepreneurs—not corporate scientists—as the wellspring of American innovation.

This renewed fascination with plucky, independent inventors is reflected in the soaring popularity of ABC’s Emmy-award-winning Shark Tank, now in its 13th season. Since 2009, more than 600 aspiring inventors and entrepreneurs have pitched their ideas to the show’s angel investors, resulting in $100 million in development deals.

Independent inventors have also become popular film subjects. In the 2008 movie Flash of Genius, Greg Kinnear stars as underdog inventor Robert Kearns, who sues the Detroit automakers for pirating his intermittent windshield wipers. Ashton Kutcher and Michael Fassbender both recently portrayed Apple’s cofounder, respectively, in the films Jobs and Steve Jobs. In the 2015 film Joy, Oscar-winner Jennifer Lawrence stars as Joy Mangano, the QVC star who invented the self-wringing “Miracle Mop.” And Gal Gadot is scheduled to portray Hollywood actress Hedy Lamarr, who invented a secure signaling method during World War II that later became the basis for Wi-Fi, Bluetooth and other wireless technologies. Overall, independent inventors and maverick entrepreneurs now hold more cultural cachet than any corporate scientist. As the real-life Jobs once observed in 1983, “It’s better to be a pirate than join the navy.”

Public perceptions may have shifted over the decades, but one principle has always remained true: there is no singular best practice in the pursuit of invention. Since industrial research first emerged around 1900, both individual inventors and corporate R&D labs have always coexisted. IBM’s corporate scientists will continue to file for thousands of patents per year, just as scruffy, individual hackers will continue to code apps while sitting in a coffee shop. Historically, each mode of invention has sometimes garnered more (or less) attention than its rival. Regardless, both individual inventors and corporate scientists remain necessary to keep our innovation economy moving forward.

Eric S. Hintz is a historian with the Lemelson Center for the Study of Invention and Innovation at the Smithsonian’s Institution’s National Museum of American History. His book, American Independent Inventors in an Era of Corporate R&D (MIT Press, 2021) traces the changing fortunes of traditional, individual inventors from 1890 to 2015.